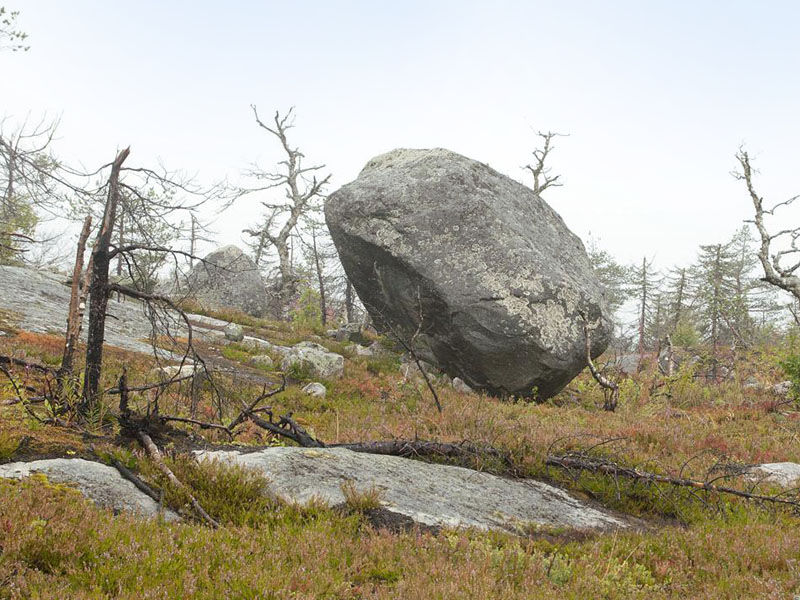 “We absolutely need to read aloud to children ages six to eight, so they can listen to books that are harder than those they can already read on their own. A difficult book is true reading. What’s the point of reading a book if you understand it completely?”

Ulf Stark, a well-known Swedish author, raised this question at a meeting with Russian teachers and librarians.

These words, especially coming from Ulf Stark, seem to be quite clear and appropriate. But we’re still left with two questions we need to answer. Why do we need to read children difficult books? What is a “difficult book”?

First and foremost, we need to keep in mind that Stark was referring to fiction, rather than specialized literature, science writing, or even popular science. With fiction, “difficulty” and “simplicity” aren’t easy calculable, quantifiable definitions. The fact of a work being fiction is no guarantee that it will reach a child, even if we read aloud. We also need the child to want to listen, and she’ll listen to what she finds interesting. That’s the key word here—not “clear and understandable,” but “interesting.”

How do we decide if a child understands or not? We can assess his ability to retell the story he’s just heard or read. If a child can reproduce the text with some degree of recall, he’s understood it. That’s because it’s not only memory that’s required to retell a story, but logic, too. A child will generally include the plot lines and elements of the text that he “got.”  What sticks out in the retelling might be an image or action that amazed the child most. For a preschooler, relating the sequence of events in the story is a doable challenge, as long as there aren’t too many of them. An elementary schooler will have a longer chain of events and load it with more detail. But there are still things a child will have a hard time putting into words. That’s the sphere of feelings and emotions. In fact, it’s not every adult that could do it well—convey what he (or a book character) is experiencing in terms of feeling. Just try to retell part of Anna Karenina, focusing not on events and plot points, but on the dynamic of emotion and the passions experienced. It’s equally hard to narrate the dynamic of a character’s thoughts, especially if they are contradictory or the musings aren’t exactly straightforward.

To illustrate what he meant by “difficult,” Ulf Stark told a story from his childhood. As a child, he spent summers with his grandparents. Stark’s grandfather was a little like a Swedish gnome—withdrawn, always angry and irritable. His grandpa, as Stark thought then, loved only one person, and that was his grandma. She, for her part, didn’t love him back. Stark’s grandparents lived out a long life together, but it didn’t seem to affect their relationship. When Ulf asked his grandma why she’d married his grandfather, she’d say: “Oh, you know him, he’s so stubborn! Once he gets an idea in his head….”

One summer, a girl was staying at the house next door. And ten-year-old Ulf fell in love with her. Madly in love, to the point of torture. His grandfather guessed what was the matter, and one lovely day he took a thick stick and said to Ulf: “let’s go.” He took him to a high hill. They walked around—his grandpa seemed to be looking for something. Finally, he found a giant boulder. In Sweden they have these incredible boulders—huge rocks covered in moss, buried halfway in the ground since the Ice Age. Ulf’s grandfather said “look!,” drove the stick under the boulder and pushed it down the hill. And so it rolled with this awful sound, flattening everything in its path.

“And that’s how it is with love,” said his grandfather.

“At the time I didn’t understand it at all,” Ulf Stark was telling us. “But this boulder hurtling down the mountain, and my grandfather’s words—it rocked me. I could never forget it…”

That was Stark’s illustration of “difficult.”

“I didn’t understand it at all.” What does that mean? A child encounters a vivid, incredibly powerful image, has an experience that hits deep, but he doesn’t yet have the power (or need) to translate it into words. What he’s experienced is too “complicated,” and it’s not yet complete. It’s this impression that gets held off, something for the child to understand in the future.

The story with the boulder might as well be a metaphor for the meaning of art in general, and children’s literature in particular. Children’s books can “charge” a child with powerful images, which she then returns to at another point in time. It “doesn’t click,” but it’s “interesting.” It astounds.

And there’s an important qualification. Ulf’s grandpa led him to the mountain and showed him what love is at a particular point in his life—when the young boy had fallen in love. When he was having his own complex experience. The sight of the boulder tearing up bushes and flowers, picking up earth, kicking up dust, “clicked” with something inside of him, leaving a lasting impression. “I didn’t understand it at all”—is an expression of the statement’s power. A child doesn’t have words equal to the experience.

Thoughts, feelings, inner lives, and relationships between characters make a book complex, rendering it difficult to grasp. It’s not difficult in the sense of “inaccessible” (like math formulas in a textbook), but in the sense that it doesn’t yet yield to rationalization or a verbal translation of experience.

So these are the kind of books we need to read aloud to kids even after they’ve mastered their ABCs. Technical mastery for independent reading lags far behind comprehension. Still, personal growth is a process that occurs on several levels. Aside from reading technique, we need to develop children’s ability to take in and understand what they’re reading. It’s a challenge we can address only if the text’s difficulty corresponds to the complexity of a child’s inner world. That inner world most certainly does not correspond to the difficulty of beginning reader materials.

Vygotsky took “zone of actual development” to mean the skills and abilities of a child that she has already acquired and uses freely. But, he stressed, we need to keep in mind that that’s a milestone we’ve already passed, something we already have in our arsenal. The “zone of proximal development” by contrast is what the child cannot yet do on her own. She needs an adult’s help. That’s the area where we see potential for development. If we want to help a child grow, we can’t simply put her through endless practice of the skills she’s already acquired. We need to help her take on more difficult challenges. Before you know it, your child will be able to manage without you. Not in general of course, but in this particular area.

For a child that’s just learned to read, independent reading is the zone of actual development. It’s a skill we can say he’s acquired. Our reading aloud to him is what sets the vector for a child’s development and the mastery of reading skills. Eventually, he should be reading difficult books like those we read to him now. That’s what the skill of reading is for, after all.

Of course, it’s not all that easy to choose the right book for read aloud. We can’t push through our own ideas, even when we’re the ones doing the reading for them. As I’ve said, a child should be interested. The book should have something that resonates with his personal experience on the one hand, and on the other, contributes something new to that experience. That addition, that novelty, is what we call “difficulty.”

It’s what lends complexity to the child himself.