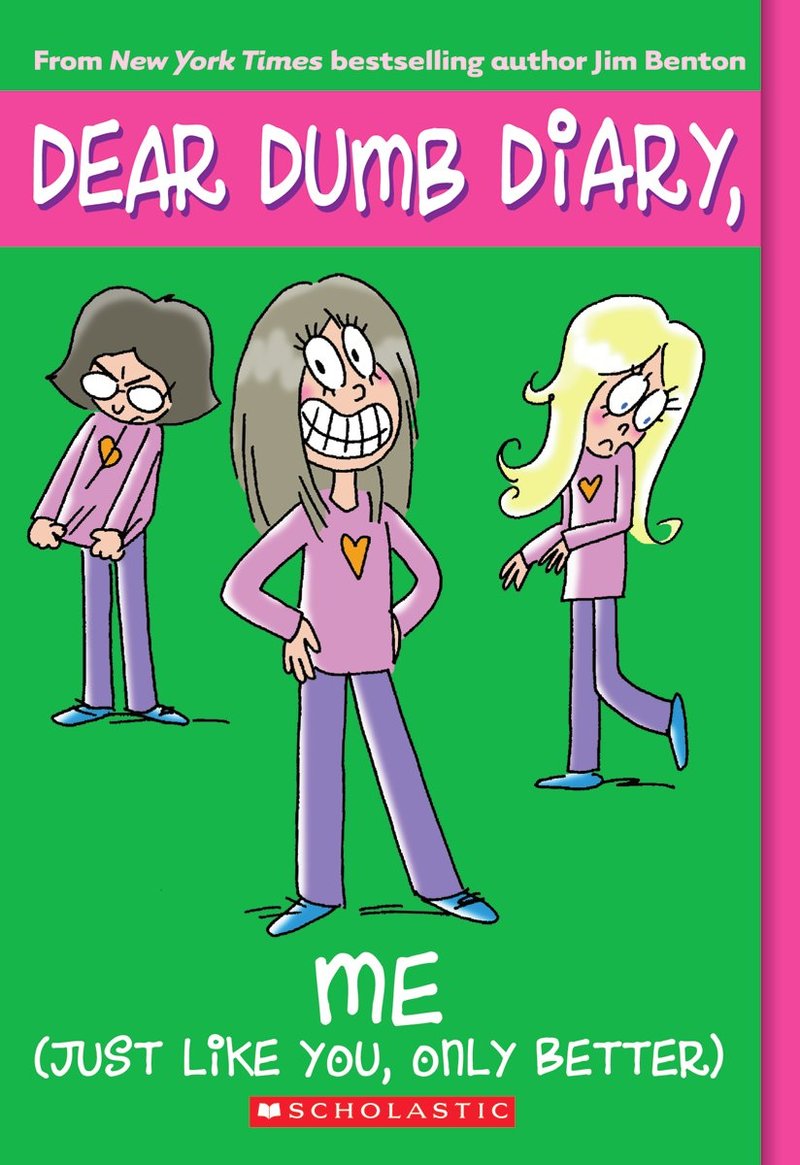 My eight-year-old daughter is an active kid (sometimes overly so) and on occasion needs a little extra stimulus to read. And so we decided to organize a book club for the summer with two of her classmates. Since everyone has different tastes, the girls decided to take turns picking books on their own, then meet once a week to discuss, and, of course, play.

At the local library, we, the moms, would have asked the librarians for recommendations, but it turned out our children had already made their selections. They came with stacks of books—each had to be available in three copies, after all. Then they explained their process: “We got one girl book, one boy book, and one for everyone.”

The girl book was first in line. It was Dear Dumb Diary by Jim Benton, with the subtitle Me! (Just Like You, Only Better) The Dear Dumb Diary series are published by Scholastic. ISBN for Me! (Just Like You, Only Better): 9780545116169 . “Why do you think it’s a girl book?” I asked. “Well, there are such funny girls on the cover, and there are three of them, just like us,” said one girl. “And it’s colorful—green and pink,” said another. By that same logic, their “boy” book was one from the Star Wars series, with a terrifying monster on the cover. The “neutral” book they chose together, Zora and Me, had a girl on the cover, but otherwise looked rather ominous. The book the mothers chose was set aside for later.

Since I had volunteered to lead these young readers in their book club, I too had to read Dear Dumb Diary. So I’m reading it—and I don’t like it. The language is quite primitive, as is the plot. I feel absolutely no sympathy for the main character, Jamie, who’s writing the diary. As a mother, I kept feeling like I needed to put her in time-out.

But my daughter was reading—and enjoying it. Because it was “funny.”

On Tuesday, when the book club was in session, we began our discussion.

This Jamie loves a certain band and she particularly likes their song “Butter, Compared 2 U, Girl, Is Margarine” and “Hey, Girl, U R So Girltastic.”

I asked: “So what do you think these songs are about? Do you think you would like them?”

“No!” they answered in unison (though I thought they were being a bit coy). “The names are kind of stupid.” You couldn’t argue with that.

I didn’t know how to explain that the song titles were ironic, the author’s commentary on current pop music. For the author of the book—not the diary!—it’s wasn’t music at all, judging by the titles. But this is not immediately apparent to many nine- to twelve-year-old girls, who represent the book’s intended audience. And, for her birthday, Jamie’s parents give her tickets to see her favorite band play—that same band with the margarine song.

Alright, we had our laughs, what was next?

The book’s plot is built around Jamie’s upcoming birthday. She desperately wants to do something great in time for the day, something she can be proud of. She plans to make a poster dedicated to her favorite band in art class. But everyone copies her ideas and she is forced to come up with various tricks to play on her classmates, so she can present the best, most unique and one-of-a-kind poster. After some thought, my young readers decided that someone copying you is not a big deal (and also, I would add, rather inevitable at that age.)

When it came to copying, one of the girls (the eldest in a family of three), had a very important thought: “If people copy you, it means they value what you do and say. So you should be a good example for them and do good things. It means people respect you.” These were probably her mom’s words, but she had heard them! The rest of the girls agreed. So that was it! Turns out, Jamie is wrong in getting mad and annoyed at those who want to be like her. She should take responsibility for herself and be a good example. Instead, she comes up with schemes that often hurt her as well as others.

What I most disliked was how the book described Jamie’s parents. I may be very old-fashioned but I don’t understand how you can make fun of and be embarrassed by your parents. Especially, if you’re around ten years old like Jamie and especially if your parents are totally fine—not alcoholics, or drug addicts, just your regular average parents. I got the feeling that the only emotion Jamie experiences in regards to her parents is shame. I asked the girls what they thought of that.

The girls didn’t approve of the heroine and said Jamie was unkind. Sure, it all seems funny, but at the same time, my daughter reminded us, Jamie had broken her father’s nose—and was happy about it! Jamie had in fact broken her father’s nose, and she’d scratched the car, too, but she never seemed to feel any remorse or even regret. Unlike Jamie, my little readers felt bad for her dad.

According to Jamie, her parents listen to very “old” (read: “bad”) music. For Jamie “[if] my dad hates them, [it’s] always a great way to tell if a band is good.” I asked the girls if that meant that all old music was “bad”? Fortunately, they disagreed. One said that jazz, for example, is “old” music, but it’s great. “And opera can also be very beautiful,” sad another. We spoke about music and different tastes. 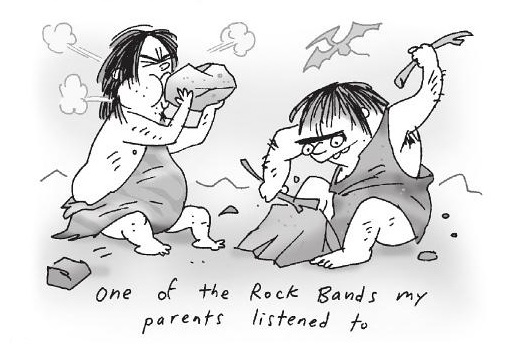 Then I asked what the girls thought about Jamie’s declaration that she’s “better.” The girls had to stop and think. For one thing, they couldn’t see any particular virtues of Jamie’s—so how was she better than others? For another, if their friends spoke that way about themselves, they would be hurt. Jamie, meanwhile, is not all that kind in speaking of her friends. She’s friends with one girl only because she thinks she’s “dumb.” When we broached this subject, my young readers agreed that Jamie was not a very good friend. She often gets mad, especially when she’s jealous, says mean things about her classmates, and hates the pretty girl in the class, who, as it turns, out, is actually very kind and caring, a true friend.

All this led us to a compelling conversation about friendship. What is a good friend?

Jamie was funny but not much else.

Dear Dumb Diary ends with Jamie inviting her classmates to her birthday and realizing that they were copying each other, not her. On one of the last pages, Jamie admits that she isn’t the best and that her friends are better than she is. They are her greatest achievement. But my fellow readers had missed this point. In 150 pages, there had been so much bragging (and some rather harsh sarcasm) from the heroine, that one of the story’s main ideas—friends as an achievement—was lost on my readers.

But that turned out not to matter all that much. Having read the Diary, all three girls were eager to share their thoughts about what mattered to them. We talked about music preferences, whether it’s good to be jealous of someone and if it’s possible to avoid it (they decided you could, as long as you stopped constantly comparing yourself to others, no matter how hard that was), whom to invite to a birthday and why, and key qualities in friends. The discussion was serious and truly interesting. I’d say the reading was a success.