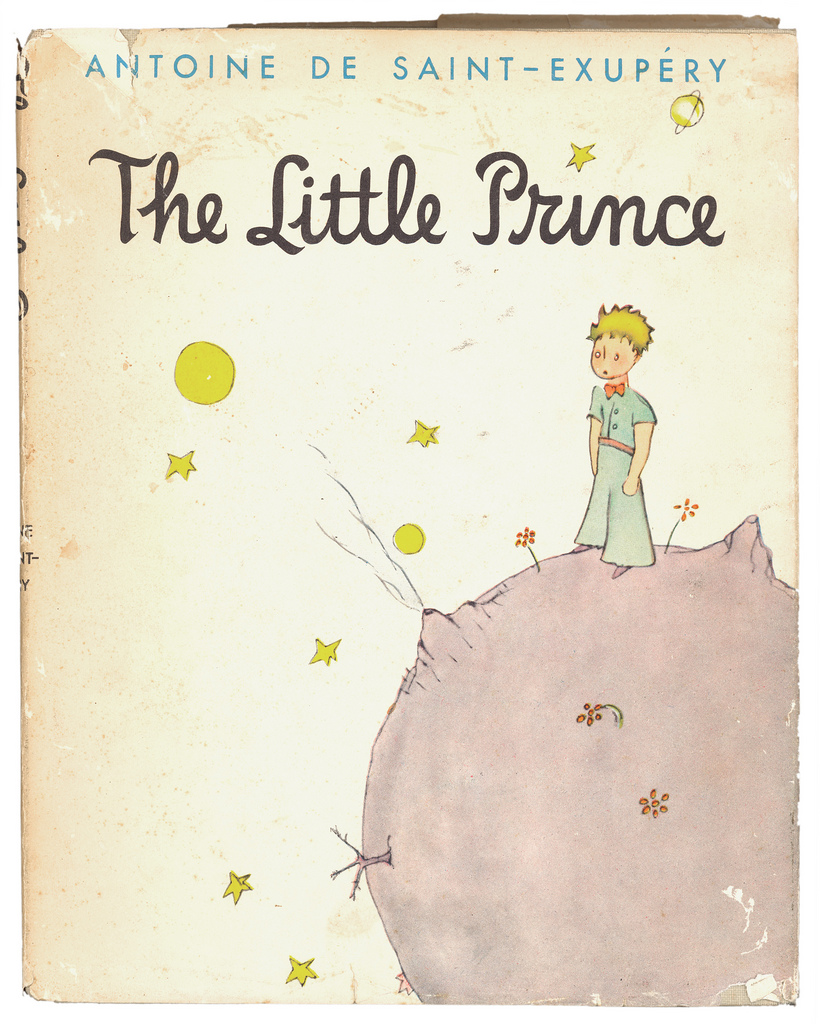 I don’t particularly like the book myself. I find it somewhat depressing now. I read it many times, starting in childhood, and each time I started to read it, it was like I had never picked it up before… The plot, the images, the ideas were all pushed out of my memory. Was it because they didn’t resonate with me? I know now that I’m not satisfied with the world described in the book, an Earth that has no room for a child’s view on things, an Earth where the Little Prince has to die to get back to his planet. But you can’t get around this work or cross it out of your life. The figure of the Little Prince represents Childhood, a part of its culture. That’s why the kids and I had to read the book together.

Ilya is eight now and Uliana is seven.

They listened to The Little Prince, mouths agape. Uliana clearly loved the pictures. We even went out and bought some notebooks with the illustrations. But there were no questions or discussions, no awe...yet.

With a degree of trepidation and doubt I decided to ask the kids what they thought of the book we’d just read.

Ilya: It was a really interesting book. The parts I remember best are when the Little Prince talked with the snake and how he flew to different planets. The geographer, the king, the businessman—they were all a little strange. I think adults are a little strange too. They love themselves more than anything. I love myself too but I don’t love others less or more. I liked that a pilot wrote this book. It’s a really difficult job.

I was really worried about the snake: they might kill him—he’s very dangerous. And the Little Prince left, flew back to his planet.

Uliana: This book is a little bit sad and a little bit happy. There are really cool pictures that complete the story. I also really liked the pictures with little captions. But I didn’t get all of them. Look at this one—how did the Prince get up the wall? There’s nothing around—how did he do it?

When the Prince spoke with the fox, I didn’t always understand who said what. Which one said: “Now you are going to cry”?

I had a few other questions: what did the prince fly on? How did he get from planet to planet? And how could the snake send him to another planet?

The children will read the book again at school. Our teacher said we would be reading it all year and that we’ll come back to it again in later grades. “Shalva Amonashvili Russian and Georgian educator, author of humanistic pedagogy concept  has a whole teaching method based on the text.” I understand that it will be about how “the heart sees what is invisible to the eyes” and that “we’re responsible for those we tame”... But I think all that is not about childhood, but a sad brand of “adultness.” To explain or discuss these themes is a sign that we’ve lost a child’s ability to see without explaining. The Little Prince asks too many questions and tries to understand what childhood knows without words. What it knows without any explanation: an unconditional trust in parents, a belief in goodness and sincerity, in beauty.

Ekaterina Asonova
Translated from the Russian by Alisa Cherkasova
Cover image: flickr
This article was originally published in 2013