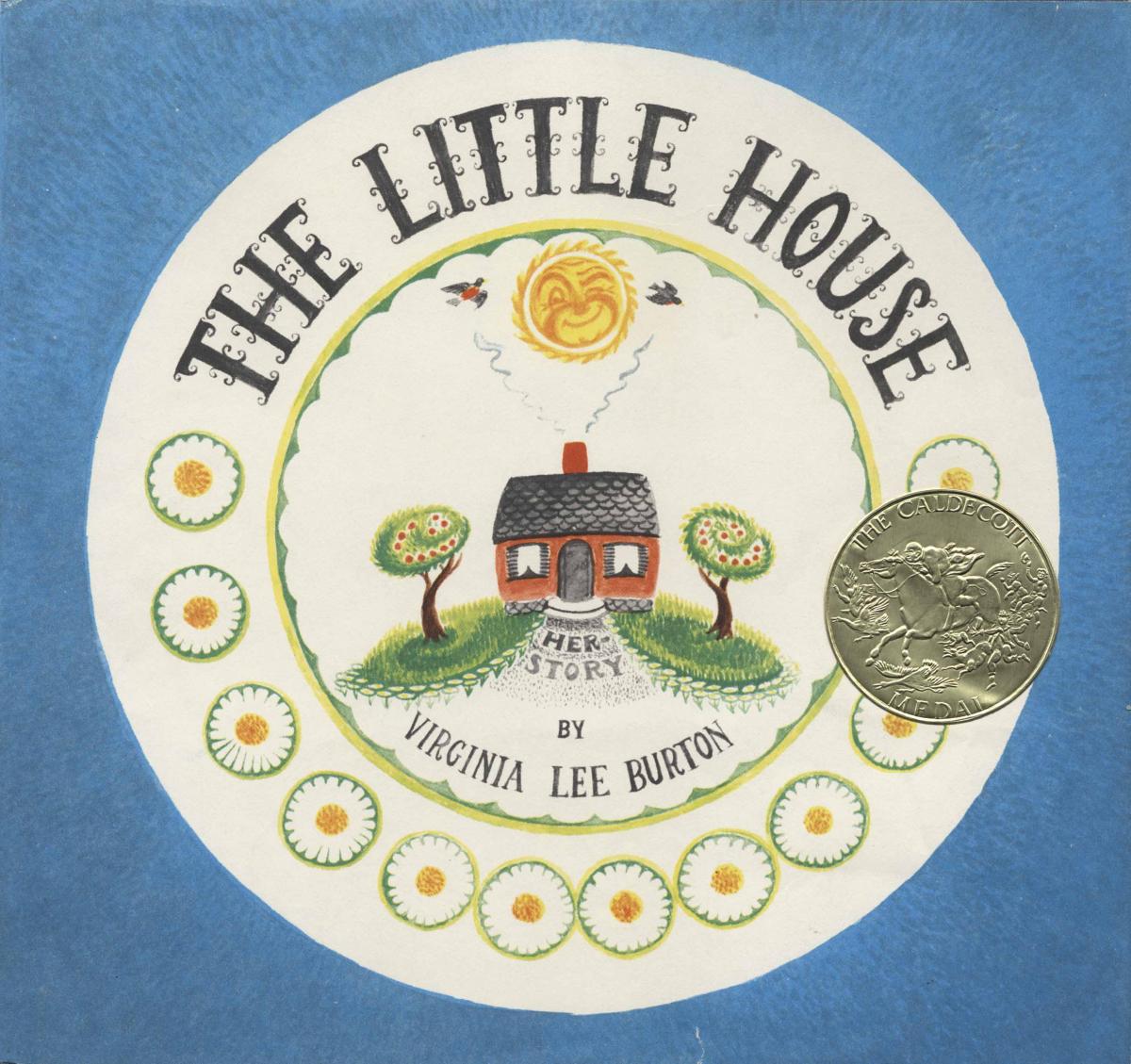 Some children’s books are meant to be read aloud—read patiently, with feeling, proper pacing, and expression. And then there are books to look at. This is true of Virginia Lee Burton’s The Little House Newest English edition: HMH Books, 2017. ISBN 039525938X. . Leave the child alone with this book. Don’t interfere. Let her work to understand this very simple and essential fairy tale about the fluidity of life on her own.

I gave The Little House to Platon for New Year’s. Houses—both tiny and huge—are his favorite topic. He builds houses all the time using all sorts of materials: snow, paper, blocks, bricks. Every day we take the subway to kindergarten and Platon draws to pass the time. What does he draw? Houses. Village huts with triangle roofs, many-storied urban skyscrapers, destroyed cities. He makes his buildings compete: this one is the highest, this one is the tallest, and this one is the most beautiful. In short, he was predisposed to be interested in the Lee Burton’s book.

We didn’t read a line the evening we were going to dive into the book. In fact, we didn’t move past the flyleaf. Platon was immersed in a series of pictures that one by one show the whole history of the little house. The little house itself doesn’t change, while the world around it undergoes major changes.

Platon studied the illustration for more than half an hour, he moved his finger along it, uttering something under his breath. He was especially interested in transportation. He pointed at the pictures and named the objects: horse, carriage, bicycle, another bicycle, horsecar, car, truck. When he got to the last picture, he said: “Look, Mom, there’s a horse riding in a truck!” He thought it was the same horse that carried a rider at the beginning. And now the horse itself was riding in a truck…

The next day Platon began with the flyleaf again. He studied it for a couple of minutes, then turned the page and asked me to read him the book. We finished it in one evening. It packed a punch. Toward the end, when the little house is abandoned and forgotten, Platon covered the illustration with his hands and was on the verge of tears.

On the third evening we read the whole book again and studied the flyleaf in detail. Platon made a discovery: the little house is alive! It smiles when things are good, and it’s sad when things are bad… Platon also noticed that the house has eyes, and their expression changes, too: from happy to sad to surprised.

The next day on the way to kindergarten Platon was drawing, as usual. This is the story he came up with: 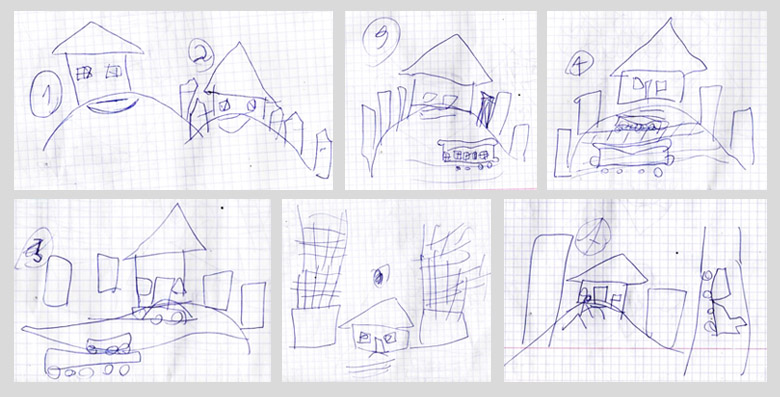 In the evening at home he settled down with the book again. He studied it for a long time on his own, distracted by nothing. He leafed through the pages back and forth, compared, and analyzed. I don’t know what he was thinking about. Before bed, he continued to paint the cardboard toy house, and put it “to sleep” next to his bed, hid his favorite “night” toys inside, and wished the little house good night.