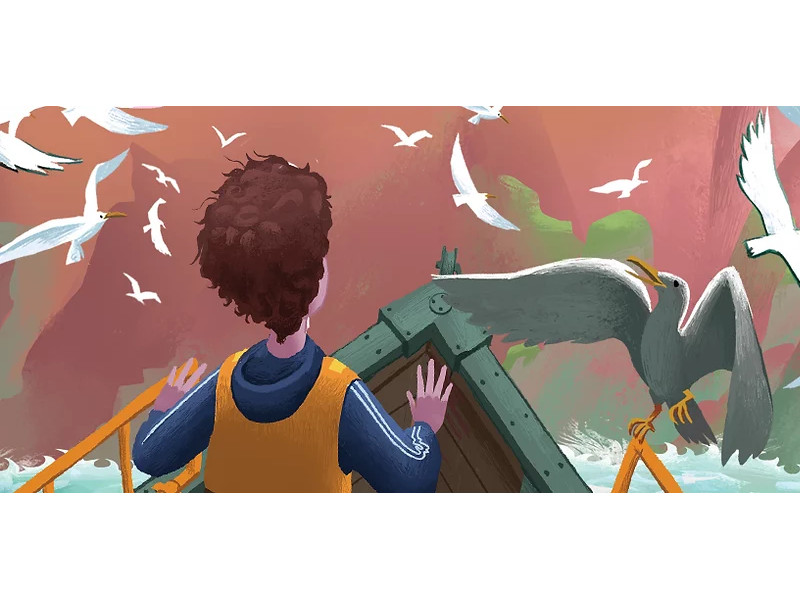 Anything can happen in this world, things you wouldn’t think were possible. You could, for example, become the owner of an island. That is, of course, if you have a mysterious grandfather (one you’ve never even met) and he leaves you an entire island as inheritance. 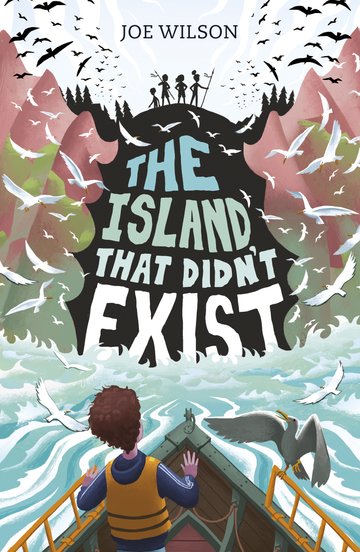 And that’s exactly what happens to twelve-year-old Rixon [in Joe Wilson’s novel The Island That Didn't Exist (most recent edition: Oxford University Press, 2020. ISBN 9780192775092)]. He inherits an island. Splinter Island, to be precise. But while you can travel to a normal island by plane or ship, you can’t even find Splinter Island online.

The weekend after he gets the news, Rixon and his mom travel to North Niblington, the mainland town nearest the island. It’s deserted except Asa Hartley, an older man with a boat. I guessed right away what Rixon would do. When Asa and his mom aren’t looking, Rixon climbs into the boat and rows to Splinter Island. Using the map which came in the envelope from Grandpa Silvester, the boy makes it to his island. At first glance, it looks like a huge cliff face, but there’s a small gap you have to go through to get to the island itself. I couldn’t help thinking: “That’s it? It’s just a regular old island?” But as I read on, I discovered the adventures were only just beginning. There was somebody already there—teenagers about Rixon’s age who’d been living on the island for about five years. For reasons neither I nor Rixon yet knew, people from the government and major companies were after them.

I read on, often tempted to tell Rixon what I thought he should say or do–like when was negotiating with the kids on the island, or when his dad tried to take Cell Inverter 7 from the island dwellers, or he had to explain to Asa Hartley why he “borrowed” his boat.

As the plot thickened, new mysteries emerged: what was Cell Inverter 7, what did Rixon’s dad do in the government, how did Rose, Faith, Thorn, and Russell end up on the island, and what did Rixon’s grandpa have to do with it all?

But by the end all those mysteries are finally solved. Cell Inverter 7 is a super battery that generates electricity without ever running out of power. Rixon’s dad was a secret agent and worked for the British government. It turns out that he only cares about money and fame. And Rosa, Faith, Thorn, and Russell are the children of the scientists who invented Cell Inverter 7. As they sailed with their parents to Splinter Island, a huge explosion rocked their ship. The scientists died and Grandpa Silvester rescued the children and the super battery and sheltered them on his island.

At the end of the book, I, like the island children, felt so bad for the seagulls the soldiers had shot. The birds hadn’t hurt anyone–they’d just wanted to help the kids save Cell Inverter 7. And Rixon’s grandpa had cared for the seagulls all his life, even setting aside money for a seagull hospital.

The book also taught me how important it can be to say “no,” even to your parents. At the end of the book, Rixon’s father orders him onto a helicopter, and Rixon says “no.” If he’d listened to his father, the book would have had a totally different ending, since his dad never cared about anything (even his son), except for Cell Inverter 7 and the money he’d make off it. But Rixon knew the device could be a dangerous weapon in the wrong hands and decided to stay on the island and fight to the end.