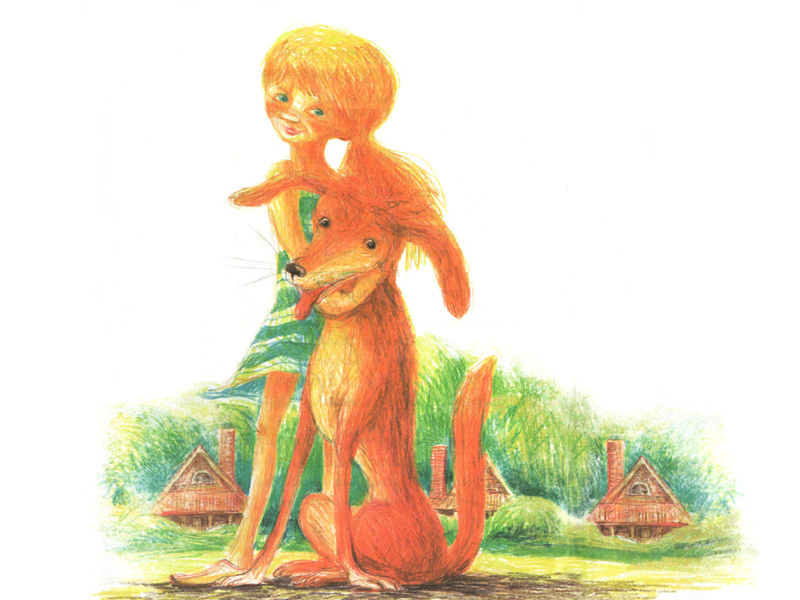 “Granny, have you ever done anything wrong?”

We were reading Because of Winn-Dixie by Kate DiCamillo [most recent edition: Candlewick Press, 2021. ISBN 9781536214352], when my grandson suddenly asked me this question.

I had barely persuaded Sam to give the book a chance. He tends to like books with more action, adventures, quick changes of scene, “frames” flashing by. All this “feelings” and “relationship” stuff is not his cup of tea. 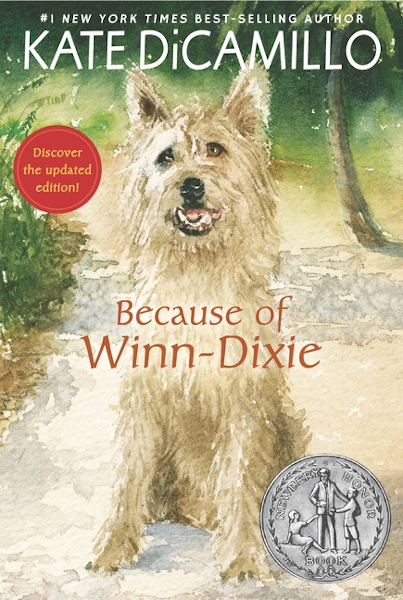 I used to struggle to understand how that could be. A book tells a person about himself. It’s a magic mirror reflecting your deepest motives and contradictions, your wrong choices, your complex character. Your job is to take a good look at yourself and understand what the book has to teach you. Where else do you find a lesson like that?

But Sam was having none of it. Looking at yourself, whether it’s through a prism, or masked behind a book character, is not always nice. Sometimes, it’s quite hard. If a little (or even grown-up) human is not quite in touch with himself, if his emotions are constantly in tension and don’t correspond to “moral expectations,” reading can create further pressure and he won’t be at all interested in finding himself in the mirror of a book. He’d prefer to escape that tension (and his “wrong” self), but the book makes him face it and relive what is already experienced at the very limit of what he can take. In the end, the book doesn’t have a “teaching moment,” because learning is experienced as coercion, even if what’s being described are “delicate sensibilities” and “complex emotions.” Or, precisely because that’s what’s being described. A little person, strange as it may seem, can sometimes tire of his own complexity.

That’s the theory I developed as a response to my grandson’s refusal to listen to certain books. (Some of Astrid Lindgren’s books joined that list, much to my chagrin.)

The only exception to that rule was Grandma! yells Frieder [the original German title is “Oma!, schreit der Frieder.” The book has not been translated into English]. Sam and I read it when it was just the two of us out at the dacha together and he would regularly call out: “Granny!” The way our real lives matched the situations described by Gudrun Mebs was “catastrophically precise,” and also very funny. And laughter can soften what may not be a very flattering reflection. Laughter is healing. It signifies acceptance.

In Because of Winn-Dixie there’s more than enough delicate sensitivities and complex emotions to process. Sam sensed that right way and had his guard up. Once we’d read the first chapter, he tried to make a bit of an “announcement:”

Somehow I got him to sit through another chapter, and then another. Kate DiCamillo is a wise writer. She understands a lot about kids. There’s more to Winn-Dixie than feelings and emotions—there’s also plenty of action driving things forward. And three chapters in, Sam was (just as I’d expected) hooked, caught in the plot’s web. He wasn’t refusing to listen anymore. In the mornings, barely awake, he’d ask me, “Granny, let’s read.” (There was a lot I was willing to overlook for that request, even things that didn’t fit with my ideas about “good behavior.”)

So we read and read. We got to the chapter where a strange old woman named Gloria, who the neighborhood boys call a witch, takes the heroine of the book to the far end of her overgrown garden. There, she shows her a thick old tree with “bottles hanging from just about every branch. There were whiskey bottles and beer bottles and wine bottles all tied on with string, and some of them were clanking against each other and making a spooky kind of noise…”

Gloria explains that the noise keeps the ghosts away, all the memories of the things she’s done wrong.

“You did that many things wrong?” asks the girl.

These bad deeds have become ghosts and now they need to be kept away. Of course, this is possible because Gloria’s changed—wisened up. And not all the wrongs in her life have to do with empty bottles. Not all—but many, of course....

But we didn’t read about that until later, so the image of the tree with the hanging bottles impressed Sam with a feeling of awed terror and he couldn’t resist. He asked, no—he demanded, he exclaimed:

“Granny, did you ever do anything wrong?”

I had to pull myself from the reading. (And I was in deep, in this book, age and reading experience be damned.) I understood there was something very important behind Sam’s question.

Try saying that to an eight-year-old. A child who’s been hearing a lot of reprimands recently, a lot of “how could you” and “what were you thinking.”

I’ve done a lot of things wrong. What tone are you supposed to use to say those words? And what do they really mean? What will the consequences be?

“Granny, what did you do wrong?”

I’d wanted “delicate sensitivities” and “complex emotions,” right? Well, I was getting them.

“Granny, tell me what you did wrong!”

With the question put that way, I couldn’t get out of answering. (Good God! And what was this book “teaching us?”)

I’d already been through this once—the tough, exhausting labor of confession—when I was writing my book for adults. I could have saved myself and described an episode from there. But that didn’t even occur to me. Evidently, I felt, deep inside, that it wouldn’t be completely fair. Clearly I had to confess to something as yet “unabsolved”. I took a deep breath and tried to tell Sam how I once “decided to leave Grandpa.” And what an ordeal that was for both of us, and how I still can’t forgive myself for it….

I made an incredible emotional effort to get that confession out and started to realize with horror that it hadn’t made much of an impression, because Sam asked:

“What else? What else, Granny?”

But my strength was sapped; I didn’t have it in me to make any more confessions.

“You know, it’s very difficult, even painful, to admit to something like that. I can’t right now…”

And we read on.

Some days later, once we’d turned over the final page, I told myself: “What a brilliant book!” I remembered what I’d long known: that Because of WInn-Dixie was Kate DiCamillo’s debut novel and won her all the most prestigious awards. With it, she became one of the leading authors of modern American (and world) literature.

But that situation, that demand to name my misdeeds, remained somehow incomplete. I’d made a difficult confession, but it hadn’t “counted”—I’d said something that didn’t correspond to a child’s life experience. He’d needed something else from me….

A couple months later, Sam ended up in a situation, after which it would have been quite appropriate to go out and get a can of some sweet, disgusting, chemically beverage, so he could hang it on his own “tree of life” to frighten off the memories. If I were his parent, I would have wrung my hands and gone off lamenting. “But how, how could you?”

But Sam’s parents (despite the “delicate sensitivities” and “complex emotions” they suffered as a result of those events) reacted differently than I, an obsolete model formed in a totalitarian society, would have. Instead they started to recall their own childhood transgressions, their vile misdeeds. They talked about how they overcame them, lived through, and got through them. And now they’re adults and they know very well that they shouldn’t have done that. They shouldn’t have then. And definitely shouldn’t now. And they don’t.

With these stories, our boy got a chance to “live on.”

I, for my part, understood what it was that he wanted from me when we read about the clanking bottles. He’d expected confessions of deeds like his own “crimes”—a permission, of sorts, to go on. After all, I’d done all that, and “survived” and now I even go around telling people: “Do this, not that!.” Or “people are not their own worst actions”—a great mantra from a child’s point of view.

I don’t know what kids get out of books. It’s always a new experience and often unpredictable.

But I’ve discovered yet another important function of reading: it can give you permission to go on.

Kids need to feel that, I think. Especially little ones.