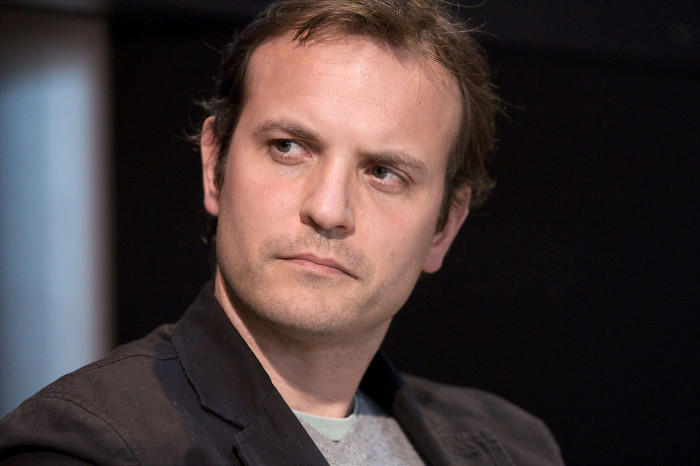 Timothée de Fombelle is a popular contemporary French writer and a well-known playwright. His books are beloved by adults and teenagers alike and have been translated into many languages. (Among them is a Vietnamese edition—after graduating from college, de Fombelle taught literature in Vietnam.)

In 2017, Timothée de Fombelle visited Moscow’s Non/Fiction Book Fair. Papmambook’s correspondent was able to speak with the author about his work and what “writing for kids” means to him.

- Timothée, could you tell us how your career as a writer began? How did your first book come out?

- The beginning of this adventure was the novel Toby Alone [most recent English edition: Candlewick Press, 2010. ISBN 9780763648152]. Before that I’d never been able to write a novel. I wrote primarily for theatre. But I wrote Toby because the story was impossible to tell in the theatre. There are no actors one and a half millimeters tall, and I couldn’t put an oak tree on stage. Besides, the story spans about twenty years of Toby’s life. 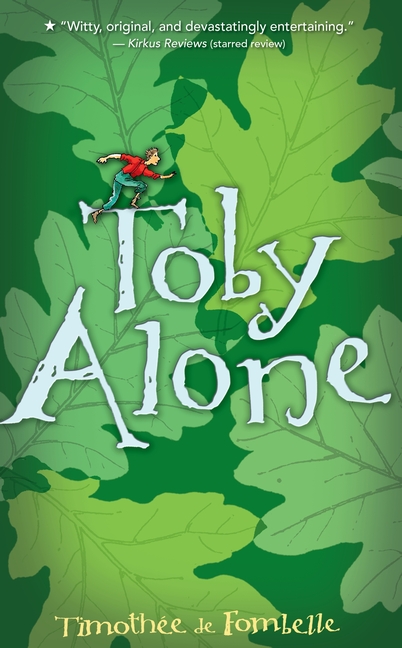 When I wrote the first lines about Toby’s tiny height, the story I wanted to tell just drew me in. It’s funny, I said I wrote a novel because it would have been impossible to stage in a theatre, but now Toby will be made into a cartoon series.

- Do you feel that the animators are able to depict the characters as you imagined them? For example, there’s Joe Mitch, who is unbelievably fat and ridiculously tongue-tied. He’s already a sort of caricature and it’s easy to imagine him as a cartoon character.

- I’m able to follow the process of the film’s creation and it’s great to watch the artists at work, drawing all the characters and backgrounds for Toby’s story. Actually, Joe Mitch was a particular challenge for them. You can draw his physical appearance, of course, his physical traits, but there’s no psychology to him. He’s this bad, bad guy—mean, but for no apparent reason. People making the film wanted to understand his psychology. So there’s some nervous excitement, watching the novel I wrote being brought to life for the screen.

- Is it hard for you to switch from working on one book to working on the next? For example starting on a thick novel like Vango right after finishing Toby, which was also a long story?

- I’ve had young readers at a Moscow school ask me why Vango ended. I actually could have written ten more books about Vango, because there’s more to tell. If you look closely at the second book, its second half could have been a separate, third book in its own right. And the last chapter could well have been a fourth book. But I wasn’t at all interested in writing about Vango skiing, going to the beach, or visiting a farm. Vango is a big story in two parts.

It’s important to note that I wrote Vango after the Toby series. When I was writing the Toby books, there were things I couldn’t include in the narrative. All of Toby’s story takes place in a tree, and there was no way I could talk about the sea, for instance. I couldn’t write about a little car that travels across Europe in the 1930s. We write a new book in the cracks and crevices of the previous one. So I wrote Vango because I was ready to get down from that oak tree. 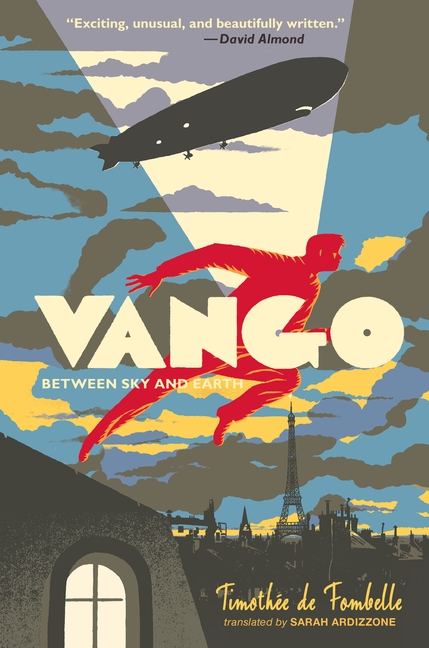 - People often praise simple language in children’s books because it makes reading more accessible to children, who generally have less reading experience. In the two Toby Lolness books, however, as well as in your new book Saving Celeste/Céleste ma planète [the book is set to be published in English in late 2021 by Walker Books], you use the complex language of metaphor. When writing for kids, how does one strike a balance between using literary language while remaining clear and getting your message across?

- When I meet today’s young readers, I see that they’re not afraid of complex things. Adults say: “There are 80 characters in Vango, you can’t keep track of them all.” But children have hundreds of friends on Facebook. I think children live in a complex world and they understand complex worlds quite well. When I speak to children, I never stoop down to talk to them as if they were little: “How’s it going, buddy?” I look up to children. Besides, children love picture books and when they read they look closely at the illustrations. Metaphors are like those pictures, so children love metaphors as well.

- Does your daughter read your books?

- She reads all the books out there except mine. It’s strange, but she feels almost as though she’s written them. I talk to her about everything in my books, we discuss it all. So by the time the book comes out, it’s no longer interesting to her.

- In your books you often bring up questions that children will have to answer for themselves, because you don’t offer an easy answer. For example, “who and what can you sacrifice for a good cause?” Do you think it’s more important for literature to ask the questions or provide answers?

- I never asked myself that while I was writing, so I guess I’ll have to pose that question to myself now. I’d say I’m paving one half of the path and then the other half is left to the reader. For me, that’s the definition of the connection between the reader and the writer. Vango is like the scattered pieces of a jigsaw puzzle. It’s the reader’s job to put that puzzle together. I count on and trust my reader and in that way we create the story together.

- Children and adults alike enjoy your books. Who do you see as your ideal reader?

- My perfect reader is a family of three that’s fighting over my book. Once, when Vango Book Two came out, I was signing books at a bookstore and a man walked in with his daughter and granddaughter. The grandfather told me, “I haven’t actually read the book yet, because it gets “stolen” before I can read it.” I said to the granddaughter: “Oh dear, you shouldn’t steal Grandpa’s books!” But the grandfather said it was his daughter who’d “stolen” the book from him, not his granddaughter. So there were three generations of readers there. It moved me to tears. Whom do I write for? I write for the person I was yesterday, the one I am today, and the one I’ll be tomorrow. I write the books that I look for in a bookstore and the ones I would want to read myself.

Interview by Maria Dorofeeva, 16, with interpretation by Olga Sivkovich
Translated from the Russian by Alisa Cherkasova
Cover picture: Wikipedia/Georges Seguin