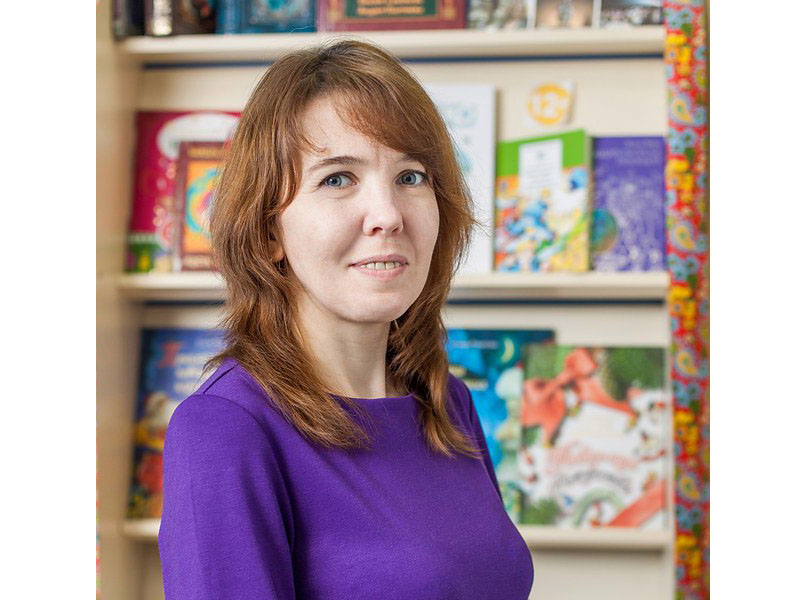 When Elena Biryukova, director of Voronezh Children’s Library No. 38, learned that kids in hospitals don’t get regular read-alouds, she decided to change things. Over the course of a year, from November 2015 to October 2016, the library and the oncohematology department at the Voronezh Children’s Hospital hosted a program called “A kind word means no need to fear!.” The project was a success and its circle of positive influence expanded well past the hospital’s young patients.

- Elena, tell us a bit about how you got the idea for this project?

- Almost by chance. At the time, I’d already spent some time volunteering at a regional children’s hospital. I’d first ended up there with students from the local teacher’s college, when we came to bring kids gifts for the holidays. After that, I started visiting the hospital with some regularity.

When it came time for our library to apply for a grant, we settled on this idea and wrote our application in a week. Kids at hospitals are torn away from the real world and our project envisioned having kids from outside the hospital interact with kids that were patients there. No one reads to these young patients and I had ideas for reading-based activities. In our city of Voronezh, there’s not a lot of opportunities for author events and we planned to arrange Skype meetings with several writers. We won the grant and got to work.

- Who participated in the project?

- Back when we were still at the application stage, I went to my son’s school and told the administration about our idea. They were very excited about it. Once readers from our children’s library heard about the project, they also got involved. In the end, there were many more participants than we had expected: about 150 elementary and middle school children. About 20 children from the hospital took part. There were five people who attended every meeting, while others came a couple times or just once. Aside from the kids in active care, there were also children who were in rehabilitation or had completed treatment.

I often hear that you shouldn’t let healthy children see their peers who are sick. I think you absolutely should—show them and tell them. When we told kids about children in the hospital they’d nod knowingly: “Yeah, yeah, we get it.” Still, when they first met on Skype, they were stunned for a minute. But once the kids warmed up to each other, they’d offer help at a moment’s notice. Even after the program ended, the kids were more active at school, looking for ways to help those who needed it, and some started helping out at a rehabilitation center for children with cerebral palsy and Down syndrome.

Adults see it as this very heavy load to bear, because they are overwhelmed with a kind of pity. Children don’t have a debilitating sense of sympathy. That’s a good thing, because those who are unwell hate it when others pity them. It turned out we had to explain these things to adults. Many want to help, but don’t know whom to help, how, or with what.

We assumed the project would have trouble enlisting healthy children, but it was actually harder to get the hospital’s children involved. There’s a lot of turnover and many are going through a difficult time emotionally, oftentimes more so the parents than the kids. It took some convincing to explain that what we were doing was important, and that we would be coming regularly.

- How did the hospital encounters go?

- We would all introduce ourselves, read books, and make something together. It turned out that even kids and parents that are in the same hospital rooms with each other might not know each other well. We brought them together. I would bring three books and we would read them in the playroom with the children that were allowed to come out in special masks. Then the moms would take the books and go around to the hospital rooms, reading to the rest of the kids, those who weren’t able to come out, either because they weren’t supposed to, had an IV in, or simply didn’t want to. Some children would insist that they didn’t want to come out, but would then realize something was going on and come out to the playroom.

It turned out this was particularly helpful for moms, who often didn’t know what to read to kids and how. Before our program, their conversation centered on medicine, disease, death. With our project, that shifted. Once we started speaking of books and craft ideas, we actually learned that many of them were great at crafting.

The first meetings were just half an hour long—kids would get tired pretty quickly. About four months in, I could barely leave after two hours. Once, on my way home from the hospital, I ran into a girl and her mom who had been heading to the read-aloud and were very upset they didn’t make it. I got our day’s craft project out of my bag and showed them how to make it, right there in the street.

Things were different with teenagers. Aside from our library’s volunteers, there were also people from “Dobrosvet” organization coming to see them. I would bring books into the hospital and leave them there. After a while, even hospital staff started discussing the books they’d read. We organized a letter exchange between the kids in the hospitals and our volunteer children—they developed friendships and I didn’t interfere in that process. The counselor from the ward would tell me how the children comforted each other through their letters, and quite often it was the sick children offering encouragement to the healthy ones.

- What did you read and how?

- We read something new every time we met. Depending on how the kids were feeling, sometimes we’d have a brief discussion after reading, and then we’d make a craft.

Our most popular read was about Elmer the elephant. We had so many great activities to go along with it, even a shadow theatre. 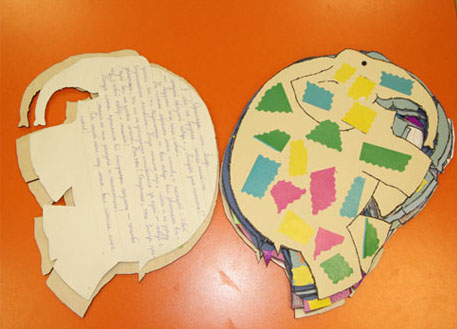 This is actually kind of our thing at the library—we love using materials we have on hand to make something that entertains others. When the BFG movie came out, I told the children about the Roald Dahl classic it was based on (which we unfortunately didn’t have in the library) and suggested we use a template to make big ears for ourselves. The kids were taken aback. “Why? People will laugh at us!” Still, I insisted we try: “It will cheer people up!” So the kids in the playroom went back to their rooms with huge ears and later told us about all the laughter they’d shared. Some of the kids even made a couple of pairs: one for themselves, and another for a friend that couldn’t make it to the activity.

Once I realized what we were missing I changed the list of books I’d first put together back at the grant application stage. How to Mash Monsters by Catherine Leblanc, for example, is a very useful book in the hospital setting, where everyone is dealing with their own “monsters,” like shots or IVs. The most popular stories were always those that started out with problems, struggles, and hurdles and concluded with a happy ending. 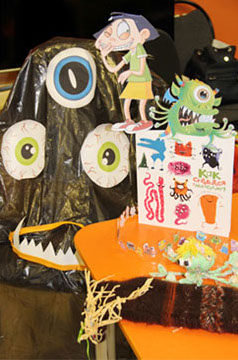 We’d envisioned a children’s bookcase at the hospital as part of the project, but the doctors did not allow it. Instead, we arranged to have the books in our library and bring them from there. We also reached out to authors and they contributed books to our collection.

- Were the children able to interact with authors?

- We held two online video calls. For each, there were three locations: the writer would connect from his or her home, while young readers logged on from the library, and the kids connected from the hospital. Everyone could see each other and ask one another questions. Participants really enjoyed the experience of speaking directly with a real writer. The meetings also affected the children’s relationship to each other.

- Is your project now over?

- We’ve used up our grant and officially concluded the program, but I will continue with my work at the hospital. At the moment we’re wrapping up several audiobook recordings. I had assigned kids separate chapters to record, but many were eager to do more and asked for whole books.

- Are the recordings meant for the children at the hospital?

- What we’re doing is for anyone at all to enjoy!

director of Voronezh Children’s Library No. 38