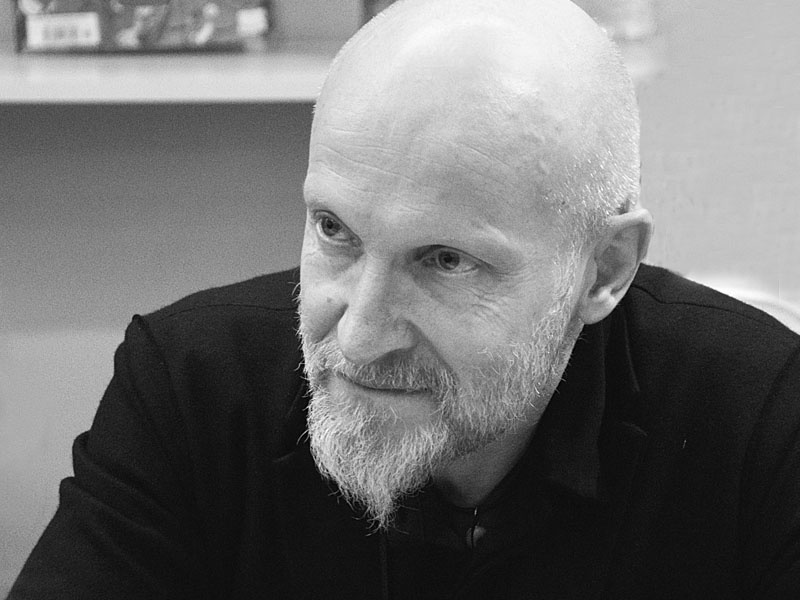 Lars Saabye Christensen is a Norwegian writer whose stories are so true to life that it’s hard to believe they’re fiction. The tiniest details of his novels are full of meaning. Papmambook’s teenage correspondent Alexandra Dvoretskaya spoke with the author about his novel Herman [most recent English edition: Vintage, 2016. ISBN 9780099498278] and its hero, as well as what goes into a writer’s work and how he sees today’s adolescents. 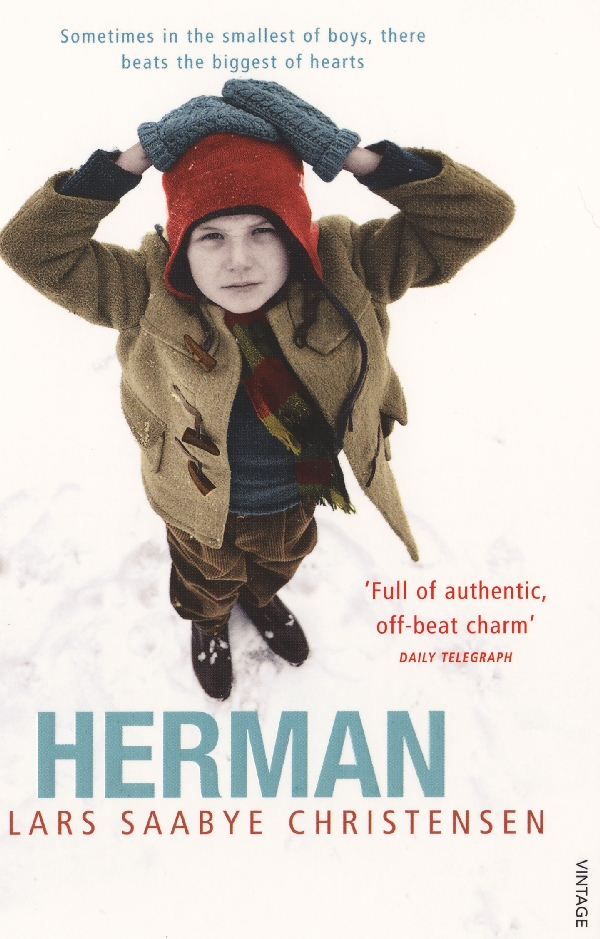 - As I read Herman, I had the sense that you were telling a true story. Are your books documentary or autobiographical at all?

- I can see why someone would look at me and think the story of a balding boy is autobiographical. (Laughs) It is not an autobiographical novel. When I write I do use my own experiences and memories, however, and this novel is no exception. That isn’t to say that what happens in the book has ever happened to me personally.

- There is a lot about the idea of time in the novel. What does this topic mean to you?

- I find that time is a sort of foundational theme for everything I write about. I think a person is grown up the moment they sense the motion of time. In the novel, Herman does come to realize that time passes and with that understanding, he grows up.

- The events in the novel take place entirely in Oslo. The reader gets the sense that the city is a living thing, one of the book’s characters, with its own personality. Would you say the Oslo of the book is the real Oslo or a fictional version?

- I was born in Oslo in 1953. I grew up in the post-war city, which is a real literary landscape for me. I often turn to it in my work. I like to think of myself as a writer of a particular place and have my characters walk the same streets I do and step into the same stores and movie theaters. What’s interesting is that even when the novel’s plot is tied to just a few specific streets, it still leaves room for wider generalizations. You can write about everything even when the novel’s plot is limited to a relatively small area. The city really is a character in Herman. I try to describe it the way I feel it—as a place with people good and bad, strange and interesting, famous and unknown. I write about Oslo using both fact and fantasy, and a lot of love.

- In the book, Herman‘s father thought it was very important for his son to get up onto a tower crane. Have you ever done that?

- No, I never have. Like Herman, I’m afraid of heights. I’ve never had to get into a tower crane, so I’ve stayed on the ground. This is an important theme in the novel, because Herman wants to get closer to his father. And to do that, he has to do something he finds very difficult—getting up in the crane.

- Your main character is in a difficult situation and he’s different from others. The reason for that is the fact that he’s balding. Why did you choose to make the hero of the book a teenager with an obvious physical condition?

- The main character’s difference from everyone around him is obvious, it jumps out at you. This was a way for me to describe the outer reflection of a deeper inner conflict. Herman is a novel about what it means to be different from others and how that feels on the inside. It’s about what it’s like to be visibly different from other people and about others’ reactions to that.

- Herman is a complicated figure. He tackles problems that come on all at once, but most importantly he fights against himself. He’s physically weak but he has the will power to persevere and come out on top, even in difficult situations. What are the personality traits you most admire in Herman?

- Herman is an example for me. He’s a hero for himself in his own life, too, because I think he is able to win out despite his circumstances. That’s important to me because there should be a happy end in the sense that a child doesn’t lose his battle. Herman is capable of change, he can change his perspective, he can grow and develop—all important qualities. He doesn’t stay static in a problematic situation. He approaches the situation in a new way and that helps him move forward.

- Did you consciously choose to make children the heroes of your novels?

- I don’t think too much is up to chance when it comes to writing. As a writer, I follow a sort of global plan. It’s no accident that in my novels, there are many children that are coming of age, learning about the world around them and growing up.

- It must be hard for an adult to describe a child or teenager’s way of thinking. How do you do it?

- That’s a requirement of good writing—being able to inhabit different people and write from the perspective of a little boy, an old woman, a person of any age or position. I would call it writerly empathy. I do sometimes use special exercises to jog my memory, especially to call up memories of childhood. For example, when I was writing Herman, I did some things I’m a little embarrassed to admit to now. I would walk down the street gathering chestnuts or run in the fallen leaves. These are such vital tactile experiences that you have to live through them again in order to write about them.

- The novel describes the world as a very inhospitable place for life. Each of the characters, too, is full of shortcomings. Is there a chance that this world will change for the better?

- On the one hand, there’s a lot of light in Herman, because he carries that light with him. On the other, it’s true that there are many dark sides in life. I would say that Herman changes the world for the better, makes it lighter and that’s what the novel is really about.

- The teenagers in the book are incredibly cruel. Why do you think children can treat others like that?

- There’s no easy answer to that question. We don’t know why but it’s a well-known fact that people often mistreat those who are weaker or more vulnerable and can’t defend themselves. I don’t know why that happens, but it does. We should try to resist that, fight it.

- During the time period when Herman is set, it was normal for everyone to look and behave the same. Things are different now. Do you think today’s teenagers are lucky? Or does everyone idealize the time they grew up in?

- Today’s teenagers probably do have it a bit easier, because there isn’t the same pressure as before. There’s a bit more tolerance and understanding for others. But I personally would not want to grow up now. I was a teenager then and that is fine by me.

- Do you enjoy meeting with readers? Does that help you in your work?

- I don’t know if it helps me in writing, but I do love meeting readers. What is a writer’s work like? I sit at home, write alone, then email sections of text, and the book comes out. Of course, I’m interested to know how others read my books, I find it interesting to meet with readers, and I’m interested to be speaking to you now.

- Thank you! This conversation was very interesting for me, too.

Interview by Alexandra Dvoretskaya, 14, with Norwegian interpreter Olga Drobot
Photo by Galina Solovieva
Translated from the Russian by Alisa Cherkasova
Book cover image: penguin.co.uk
This article was originally published in 2018