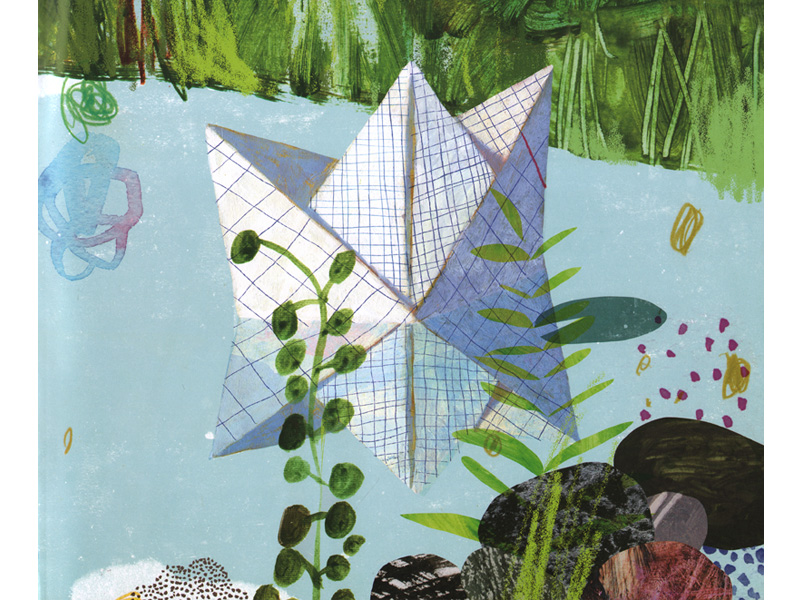 As it turns out, the stories my four-year-old son likes best are moving, philosophical ones. I wonder if it’s because they are the kind I prefer to read myself or because they are the kind of books that reveal new meanings every time you open them? They give us food for thought and discussion, they stir our imaginations and let us fill in the blanks. The Real Boat by Marina Aromshtam is just such a book [most recent English edition: Templar Books, 2019, translated by Olga Varshaver. ISBN 9781536202779]. It’s the wonderful, lyrical story of a little boat that sets off on the journey of its dreams.

“Mom, our little boat traveled such a long way and never even got scared!,” said Ilya when we first read the book.

“That’s why he earned the title Intrepid,” I answered.

“I’m going to be intrepid too, and I won’t be afraid of anything!,” Ilya was quick to assure me. 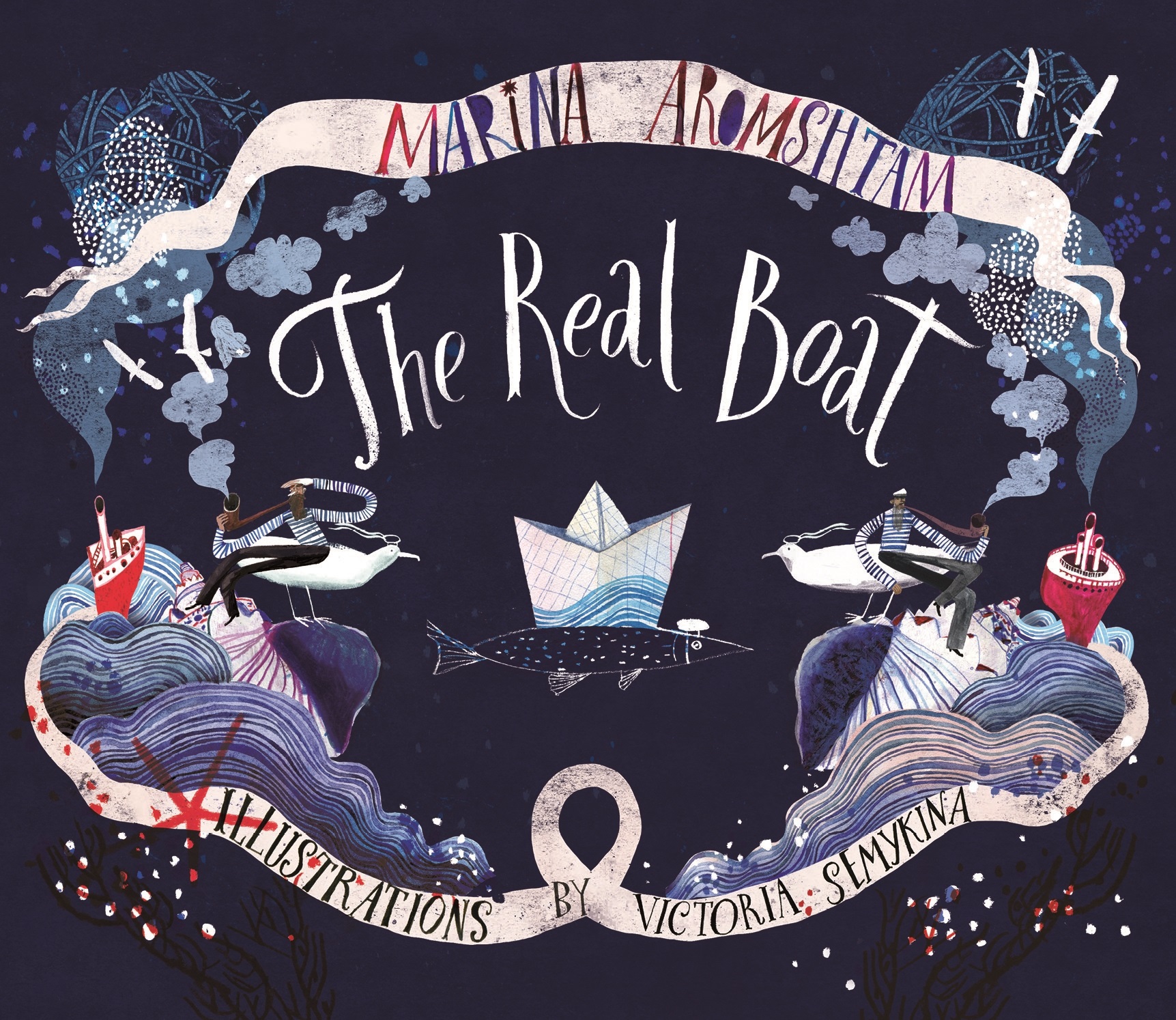 We turned page after page and looked for the little boat on every spread. Here he was trying to catch a motorboat, or with people waving at him from a passing riverboat, or here, floating peacefully as seagulls soared overhead. Here he was rocking on black stormy waves, and here...he was sinking.

Of course, someone will save the little boat—many more adventures await. To think that frogs and ducks used to laugh at him! Nobody believed in him, but what mattered most was that he believed in himself. So he set off on a dangerous, crazy, journey.

On his way he encounters barges, passenger liners, motorboats, container ships, and trawlers. Some are not able to help him, others leave him stranded, there are those who turn away from him without giving his dream a chance….

Victoria Semykina‘s illustrations are multi-layered, bright, and expressive. These pictures naturally fill out the storyline, but they could well stand independent of it, and you could come up with stories about adventures at sea. Ilya loves to dreams things up. As we look, he tells me where the diver swam in from (a distant, magical land), that the fish is a golden fish that can make the little boat’s wishes come true, and that the warship looks scary, so nobody sails on it, because they’re afraid. There’s a lot of room for imagination on the pages where we see the cross-section of a passenger liner, allowing us to look into each cabin to see what’s inside. For some reason, Ilya thinks the window with someone’s legs sticking out is hilarious. I love the sense of joy on the upper deck of the ship: dancing, music, and laughter.

What surprised me most was when my son, who doesn’t like to draw at all, said:

“Now let’s make a paper boat just like it,” I suggested. Ilya loved the idea.

We named him, wrote the name on a little paper, and stuck it to the side of our fragile little boat, which would one day set off on a big journey.

For children, The Real Boat is a magical story about the adventures of a brave little ship, while for adults who read to children, the story is a philosophical parable about the uneasy path of life, with its ups and downs.

In childhood it seems as though the whole world were open before us, all its ways and paths. You want to grow up as soon as possible, become big and serious and important and tear out from your normal life into the uncharted adult world. When we grow up, we often lack the bravery and determination to get what we want, and we often want to veer off our chosen route and sail into a calm harbor. Our hero confidently sails on in his quest to become real. It’s important for us, too, not to forget to believe in ourselves and reach for our goals, to be brave and persistent and real. And, of course, to teach our kids to do the same. Along that journey, this book is an excellent companion.

Elena Tsvetkova
Translated from the Russian by Alisa Cherkasova