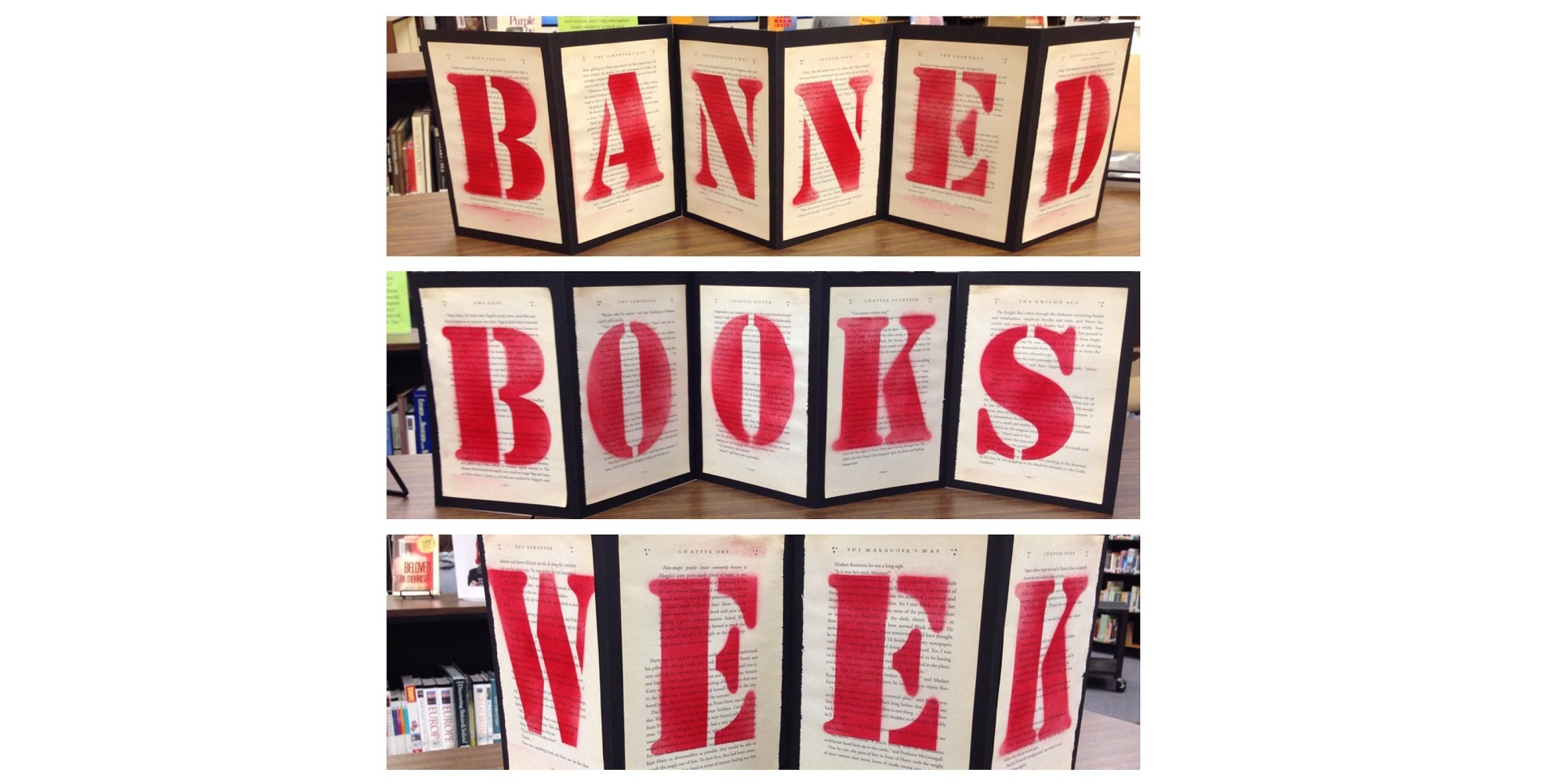 Once, my daughter came home with a new book from the school library The author and her family live in the US . “Look,” she said. “It says, ‘Don’t read this book alone at night, under the covers with a flashlight! You’ll be scared to death!’ That is exactly how I plan to read it!”

The book was a collection of scary stories from around the world, including two Russian tales. We read one of these Russian stories. It had an unhappy ending—instead of marrying the princess, Ivan lost his head. My daughter read the next story by herself, “under the covers with a flashlight,” after which she hid the book in her backpack and set it outside her room. It was scary after all. From then on, she read it only during the day, with other people around. She kept reading though! The warning on the cover had drawn her in, just as the publishers had intended. The stories were actually quite interesting (for fans of scary stories, of course).

Of course, this is just a lighthearted example of a publisher using the concept of restricting the reading to promote a book. On a more serious note, banning books outright is still a very real issue in the United States. The case of the Harry Potter books is a relatively recent example. Many people, along with some religious organizations, called for a ban on the series, arguing that it would draw children to the occult. Besides, Harry Potter is a bad role model: he doesn’t listen to adults, he lies and gets into trouble. According to the American Library Association, Harry Potter books are one of the most banned books in America, given that they are so often officially targeted. Yet, the series remains among the most popular with American children.

This year the annual Banned Books Week will be held in the US September 27-October 3.

I spoke with several American parents to learn what they think about banning children’s books. We discussed the same questions: Is it worth banning books and if so, why? Are some books dangerous? Most importantly, who should decide what our children read?

Director of a university library, father of two grown daughters who were home-schooled as children

As a father, I can say that there isn’t a single book we told our daughters they couldn’t read. There was no restricted information. They went to “class” at the city library and were completely free to choose whatever they wanted. We never forbade anything. But we always kept an eye on what our children were reading and sometimes made recommendations. I think children are quite capable of making the right choice. When they were little, eight to eleven years old, they may have come across books with graphic scenes. But I don’t think they understood what they were reading and they just kind of skipped over it. By the time they were teenagers and started to understand things, it no longer mattered. Any serious, tragic, potentially traumatizing themes are nothing in comparison with real life. My wife passed through several bouts of cancer and treatment. All else pales in comparison to that.

As the director of a library and someone who has dealt with these issues for many years, I would say that the problem is that, naturally, as soon as we ban a book, it becomes more attractive. This is exactly what happened with the Harry Potter books. The threat of banning them served as further publicity. As banal as it may sound, forbidden fruit is definitely sweeter. Besides, we have to ask ourselves: what are the criteria we use for a particular ban? Who decides what’s good and what’s bad and on what grounds? If we start banning books, where do we then draw the line? It’s a very slippery slope.

There are absolutely books that we don’t let our children read—those that try to sell something to their young readers. These include books about Barbie, for example, comic book series about superheroes or Transformers and the like. The main purpose of such books is not to tell a story but to sell a product. The text is secondary, while product placement comes first. These books are little more than advertising. I won’t let my children read them. As for whether there are books that are bad for children, all I can say is that these [product-based] books are the worst kind of book. We don’t forbid them from reading anything else. Take, for example, Wilson Rawls’s Where the Red Fern Grows. This book has a very tragic ending. When my son—now thirteen, then around nine years old—read it, he cried for three days! I think my eight-year-old son isn’t quite ready to read it. I would suggest he wait, but I wouldn’t tell him he can’t read it outright. Besides, as children grow up, they choose for themselves.

“What if your thirteen-year-old son came across, say, Fifty Shades of Gray, at the local library? Is it too early? Isn’t it risky?”

Well, for starters, there aren’t any knights or battles, so he won’t find it very interesting and will put it right back, And secondly, have you read it yourself? It’s very poorly written, the writing is terrible! So, either way, he won’t read it. Luckily, our children seem to have good taste.”

I never forbid my child from reading anything. I think that’s the only way a child can learn what he likes and what he finds uninteresting. My son is six years old, so we read all the books he chooses together. At the moment, he enjoys picture books about young children. He loves Eric Carle, for example. These books don’t have any potentially harmful information.

In our third-grade classroom we’re currently reading autobiographies. There are some tough subjects, of course, but what matters is how the material is presented. The children are reading an adapted version of The Diary of Anne Frank and the story of Amelia Earhart with great interest. Though the stories in these books may be heavy and tragic, they are also expressive and easy-to-understand, they have good illustrations, and they are not psychologically traumatizing for kids. Illustrations actually matter a lot.

In our classroom, we had a book called No, David! about a boy who is always getting into trouble. In one of the illustrations, David is running away from his parents naked, with his bum showing. One of the parents complained and said that we shouldn’t be showing little girls half-naked boys. I have this book at home, my son loves it, and we still have it in the classroom, but now it’s not on display, to avoid complaints from parents or distracting giggles in class. Still, the choice lies with each parent—obviously there’s no official ban on this book.

Most American schools are divided into three age groups and elementary, middle, and high school are typically located in different buildings. That’s why the two elementary school libraries where I work are a different environment than, say, high school libraries. Schools order books based on the curriculum but as the director of the school library, I am completely free to choose which books to buy.

Are there any taboo topics? For me, personally, there aren’t. Children should be able to pick up any book at the school library. All sorts of viewpoints are represented here. A separate issue is that parents may not approve of a child’s choice. Parents can, of course, come in and complain—we have a whole procedure for that. Such situations are rare. Naturally, books at the school library are specifically for school children. But at one of the schools where I work, we have a student who lives with two same-sex parents. With him and his particular situation in mind, I ordered the book And Tango Makes Three, about two same-sex penguins and their family. I won’t make this book the centerpiece of a display, but I won’t hide it either, and will definitely recommend it to this student. It’s a rather controversial book. It’s been the subject of debate, and there have even been attempts to ban it. Parents may complain and there is a special committee which decides whether to remove a particular book from the library or to leave it.

As a father, I would say that the most important thing is that the choice lie with the parents. If a parent believes that a particular book can be harmful, his child won’t read it. I don’t tell my own children that there’s anything they can’t read, but I know my daughter is very impressionable and I may suggest that she read something a bit later, when she is older.

I believe books shouldn’t be banned—that is, the government shouldn’t ban books. But parents should take on certain responsibilities. They should know what their children are reading. If parents think that their child isn’t ready for a certain book, they shouldn’t be afraid to say “no.” These days, young American parents are often afraid to say “no” to their children, because they want to be “cool.” They want to be their hip friends, rather than their parents, but children need direction and discipline. I personally wouldn’t want my daughter to read books about gay families or gay people in general, because our [Christian] religion states that homosexuality is a sin. I would encourage her to pray for people like that instead of reading about them. But when she grows up she can read about anything or anyone, even Mormons [who practice polygamy].

All these conversations revealed one thing: parents of different ideological stripes, whether liberal or conservative, religious or atheist, support freedom of choice. They want to have the right to choose. They can object when something offends them or when they find a topic in a book inappropriate for children, but they don’t want the government to tell them what they should or shouldn’t read to their kids. I agree with this position. Regardless of my political and religious views, I simply don’t want anyone to ban the books my children may want to read. I take it upon myself to teach them to make the right choice.

Maria Boston, Wisconsin, USA
Translated from the Russian by Alisa Cherkasova
Cover image: flickr.com
This article was originally published in 2013