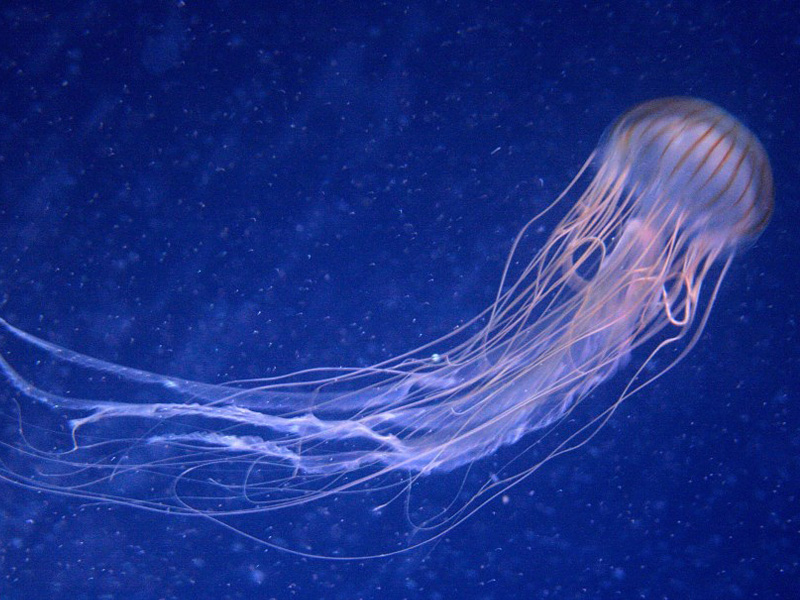 The Thing about Jellyfish Most recent English Edition: Thorndike Press Large Print, 2019. ISBN 9781432862862.  is a debut novel by American writer Ali Benjamin. It became an immediate bestseller after its publication in 2015 and has won numerous awards. Papmambook's teenage authors share their impressions of the story of how the protagonist, Suzy, copes with the sudden death of her closest friend. 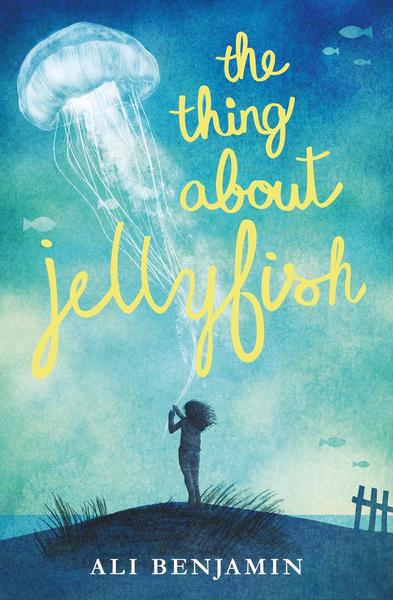 The world is broken. It’s not beautifully crushed into pieces or simply turned upside down but completely, utterly broken. Nothing works anymore. Nothing at all.

Franny Jackson, Suzy’s best friend, drowns while swimming when on vacation in Maryland. For Suzy, consolations and her mother’s words “[don’t] make sense because the way things ended between [Suzy and Franny] was not the way they were supposed to end. They were not the way anything should ever end.” Because Franny was a great swimmer, much better than Suzy or anyone else. Adults try to do “the right thing”: put a hand on your shoulder, sigh deeply, look into your eyes for a long time, speak sympathetically.  (“It’s very sad, of course, but sometimes it just happens that people die without any reason.”) But it doesn’t work. Suzy is sure it doesn’t just “happen.” Not in this way. And not to Her.

Reality, however, is tricky. You learn to accept whatever happens. Even if you are changing along with everyone else. Suzy is silent for several weeks, not able to connect with those around her, including her parents and her brother.  She will be silent until she finds a way to fix the world, no matter what it takes. “The thing is, she was…an outstanding swimmer. She died in Maryland in August. It doesn’t really make sense that she would just drown,” Suzy reasons. It must be the Irukandji jellyfish. And so her investigation of the killer jellyfish begins.

The book takes the form of a school lab report. A real lab report, written according to advice from Mrs. Turnton, the seventh grade social studies teacher. Mrs. Turton is committed to helping students, just like the great teacher Ms. Kotani from A Rabbit's Eyes by Kenjirō Haitani. The report has a hypothesis, the purpose of study, variables, methods, conclusions…. Plus, an epigraph for each chapter with quotations from Mrs. Turton herself.

The girls’ interests had recently diverged: Franny had begun to distance herself from her friend, hanging out with the “cool girls,” she had once made fun of, and, most importantly, she had asked Suzy to give her a sign if she ever became like them. Well, she had given her the sign, and that led to tears. It was their last meeting. It will stay with Suzy forever.

The book is not about or for Franny, nor written in her memory. Suzy is the victim, the one left with a broken world, uncertain about whether Franny understood her the last time they ever spoke. The Thing about Jellyfish is a book about finding solace for yourself. It’s about learning to console yourself because it’s impossible to help Franny now, and you have to learn to accept this, too. The Thing about Jellyfish is about the fact that someday after a loss someone may become dear to you again, and it is important to allow yourself that feeling. It is not a betrayal—it is something you should welcome.

“Whenever I think about those two days—about the space between you ending and me knowing—I think about the stars. Did you know that the light from our nearest star takes four years to reach us? Which means when we see it—when we see any star—we are really seeing what it looked like in the past. All those twinkling lights, every star in the sky, could have burned out years ago—the entire night sky could be empty this very minute, and we wouldn’t even know it.”

412 million heartbeats. It seems like so many. But it’s less than my own heart has beaten, though I’m only thirteen. In The Thing about Jellyfish, by American author Ali Benjamin, the heart of one of the protagonists stops beating forever at this exact number. This tragedy befalls the friend of the wonderful Suzy, a girl I would love to introduce you to as if she were one of my closest friends. She’s the kind of girl you’d want to invite over for tea, so you could chat about everything in the world. However, chatting with this bright girl, wise beyond her years, would be quite difficult during the sad period of her life covered in the book. After her friend’s death, Suzy descends into silence.

It may be that tragedy is not the best genre for children’s literature. But you can’t quite call this book tragic, even though terrible things happen. A tragedy usually ends with one of the heroes dying. But what if the book doesn’t end with the death, doesn’t even start with the death….What if the death happens even before the first page is written? Writers of tragedy don’t often tell us what happens after the death, what happens to those who remain, how they are supposed to pull themselves out of their grief.

Suzy’s heart is broken, almost turned to stone. And her friend Franny’s heart stops beating at age twelve. She’s drowned, despite being an excellent swimmer. “Sometimes things just happen,” the adults, crushed, tell Suzy, by way of an explanation, but believing that would mean living in a world where you could lose a loved one at any moment—a world where logic doesn’t work and you can’t predict or avoid events or even explain the awful things that happen.

But Suzy is used to explaining everything around her. She would make a great scientist. So she tries to explain this inexplicable death. Her sense of guilt over the fight they had the day before the tragedy pushes her to her first explanation. She feels that she is somehow responsible, that she, Suzy, had drawn this tragedy into her friend’s life, like a curse. It’s impossible to come to terms with this explanation, so she looks for another….

And she finds it! She embarks on a serious research project. I’ve already mentioned that she’d make a great scientist. Her research brings her to jellyfish, venomous little creatures. But the book is not actually about them, even though you’ll learn just about everything about jellyfish after reading it. There’s something that the jellyfish have in common with...Suzy herself. For her, they’re like the symbol of something unlike anything or anyone else. And that’s where their similarities end. Others may not like you or avoid you because you’re different. But being different isn’t a crime. That may be Suzy’s greatest discovery. It’s as though she allows herself to be “different,” she forgives herself. Most importantly, she forgives Franny for leaving and, in a way, “allows” her to be different from her as well, recognizing her friend’s right to be “ordinary.”

The path to this understanding is a difficult one. It’s charted through the pages of the book. You could say Suzy acts selfishly at first, because with her silence, she makes people close to her suffer. Suzy wants them to understand her, but she doesn’t understand others herself.

At first, The Thing About Jellyfish reminded me of another book about a difficult teenager with a similar temperament—Louis Sachar’s There’s a Boy in the Girl’s Bathroom. The protagonist there is a troubled boy who changes thanks to a psychologist who truly believes in him. I thought something similar would happen to Suzy after she started seeing a therapist at her parents’ urging. But no. In The Thing About Jellyfish, the therapist is depicted as a bad character. She’s a heartless woman who cares only about money. Suzy rarely mentions her and genuinely doesn’t see the point in their sessions. In therapy, Suzy simply doesn’t speak, just as she doesn't speak with anyone else in her life. It’s not just her response to grief. It’s as though she has stopped seeing the purpose in communicating with others. Before, she shared what mattered to her, whether it was personal struggles or global issues, but her classmates would make fun of her. What’s worse is that just before she died, even Franny, her closest friend, had distanced herself from Suzy.

And yet, as I’ve said, this book is not about loneliness and misunderstanding. It’s about forgiveness. About how not to lose yourself and to find others. And—it’s about jellyfish. The book is full of jellyfish. In this way, the book is like the sea. You want to dive in again and again, emerging each time with new treasures from its depths. It’s full of incredible facts and wisdom. While you dive in, you completely forget what you’ve left on the shore and give in to the flow of the story being told. Of course the jellyfish you meet may sting you painfully in the very heart. They may make you cry. But praise be to the author who makes the reader feel so much!

“A jellyfish, if you watch it long enough, begins to look like a heart beating. It doesn’t matter what kind: the blood-red Atolla with its flashing siren lights, the frilly flower hat variety, or the near-transparent moon jelly, Amelia aurita. It’s their pulse, the way they contract swiftly, then release. Like a ghost heart—a heart you can see right through, right into some other world where everything you ever lost has gone to hide.”