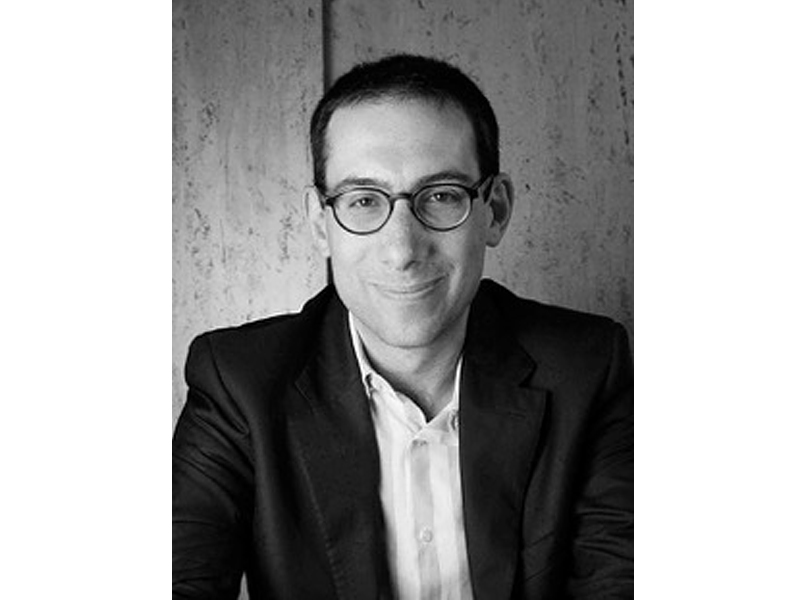 Over the last ten to fifteen years, a good number of foreign books in translation have come out in Russia, including children’s books. Responses to this phenomenon have been mixed, ranging from from delight to outright opposition. But how do Russian readers compare to those from other countries? What do British readers, for example, think of translated literature? To get some insight, Papmambook spoke with Adam Freudenheim, the managing director of publisher Pushkin Press. When Adam took over at Pushkin Press in 2012, one of his first initiatives was to create an imprint for translated children’s literature.

Children’s books put out by Pushkin Press are popular with readers and commended by specialists. In 2014, for example, Andri Snaer Magnason‘s The Story of the Blue Planet won the UKLA (United Kingdom Literacy Association) Award. It was the first time this honor, awarded by teachers, was given to a book in translation. The translation of The Secret of the Blue Glass by Tomiko Inui made the shortlist for the CLIP Carnegie Medal. The Carnegie Medal is one of the oldest and most prestigious English awards for a children’s book, presented annually by children’s librarians who specialize in books in translation. 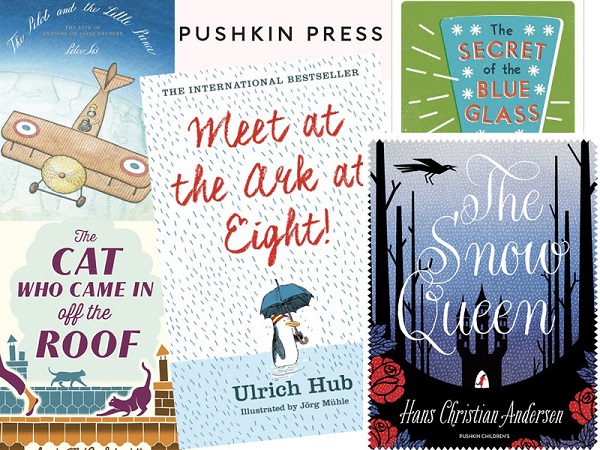 - Adam, in preparation for our interview, I found a statistic that says translated books make up only 3% of the book market in England. How true would you say that is?

- I’m not sure those are exact numbers. I’ve heard that the number of translated books overall rose to 4-5%. But for children’s books, it’s still only about 1%.

- What inspired you to create a children’s book imprint at Pushkin Press? Are you hoping that your efforts can help grow reader interest in translated literature?

- We announced the launch of Pushkin Children’s in 2012 when I became the new managing director and the first books came out by 2013.

Aside from being a publisher very interested in translated literature, I’m also a parent—I have three kids and I couldn’t help but notice how few children’s books are getting translated these days. I created this imprint specifically to fill this niche of children’s literature in translation, to translate children’s classic and contemporary literature from around the world. We translate and publish foreign books, which either have not yet been published or haven’t come out in new editions for some time.

When it comes to reader interest, I think in the end people are interested in good books, good stories, and interesting authors, and for most people, it doesn’t matter as much where those stories are from. I think this is important in a cultural sense—I believe that reading books by people from other cultures expands our worldview.

- Do you think children’s reading varies from one social group to the next? For example, would you say that children who consider themselves intellectuals read one thing and children more generally read another?

- I’m not sure any children do consider themselves intellectuals. Of course, children from more educated families tend to have a wider range of reading interests. To some degree, the wider the parents’ worldview, the wider that of their children. But librarians, particularly in schools, can be a huge influence on children, especially if they have our books in their libraries.

- I’ve heard it said that in England and the U.S., books in translation are not very popular because they aren’t properly advertised. That is, readers often don’t even know about these books, and that’s why they don’t buy them. Would you agree with that explanation?

- No. It all depends very much on the publisher and the book itself. Certain translated works are very famous here in the UK. For example, Paul Fournel‘s Dear Reader and Stieg Larsson’s Millennium trilogy are very popular with adults. In children’s literature, books by the German writer Cornelia Funke are international bestsellers. But these may be examples that only confirm the rule.

- In Russia, many of the translated books come to us from English. What is the original language of most books translated in England?

- Few children’s books are published in general so I don’t think we have a particular dominant culture in this sense. We publish books translated from German, French, Italian, Japanese, Spanish, Danish, Basque, Icelandic, Swedish, Dutch, Russian…. I may be forgetting a few. In Russia the focus on English, American, and Scandinavian literature can be explained, at least in part, by the established traditions of children’s literature in these countries.

- Which foreign children’s writers are popular now in Great Britain?

- Aside from Cornelia Funke‘s books, which are absolute bestsellers, The Letter for the King by Danish writer Tonke Dragt and its sequel, Secrets of the Wild Wood, is selling very well. We’ve also published new translations of Erich Kastner’s wonderful works, including his book The Parent Trap.

- Have any Russian contemporary children’s books been published by Pushkin Press?

- We’ve translated Catlantis by Anna Starobinets. This book was suggested to me by a translator and I just fell in love with it. It’s hard to say how successful it will be because it only came out about a month and a half ago. But early reviews of the book are promising. 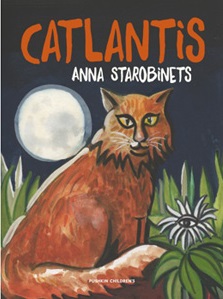 - The overwhelming preference is for 19th century classics such as Tolstoy, Dostoevsky, and Chekhov. Grossman and Bulgakov are probably the favorites among Soviet writers. But I get the sense that our readers are still very much interested in practically all Russian-language literature from the period of about 1850 to 1950. That is confirmed by the relative popularity of recent translations by Gaito Gazdanov and Teffi.

I would say Brits’ favorite Russian author is Leo Tolstoy, especially his novel Anna Karenina. Maybe because it’s a story of love, though a tragic one. Just look how many film adaptations there’ve been.

- Could you talk a little bit about books from your “Save the Story” series? Are these adapted classic texts?

- Yes, this series puts out “adult” classics retold for kids, translated from Italian, Hebrew, and other languages, though some were originally written in English. As I see it, these are wonderful books with excellent colored illustrations. They are perfect for reading with an eight-year-old or for independent reading by children who are nine or ten. 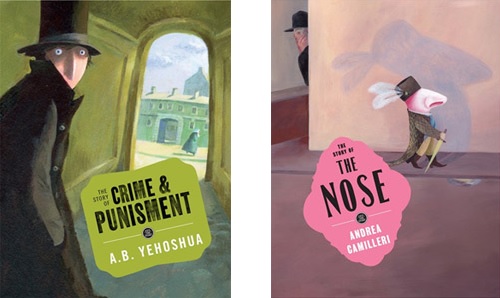 - What books did you most enjoy as a child?

- Mostly American classics: Laura Ingalls Wilder, Maurice Sendak, Shel Silverstein, E.B. White. I really loved, actually still love, Charlotte’s Web. I practically devoured The Chronicles of Narnia and books by Lloyd Alexander. I only started seriously reading when I was about eleven or twelve and may have moved on to grown-up books too soon. I think today’s children are very lucky in terms of the choice they have. There are so many books out there, it’s a great time to be a young reader!

- What does a “good children’s book” mean to you ?

- Originality, a strong writer’s voice, a great story. I always seek out something unusual—which may be why our books stand out in today’s children’s book market.