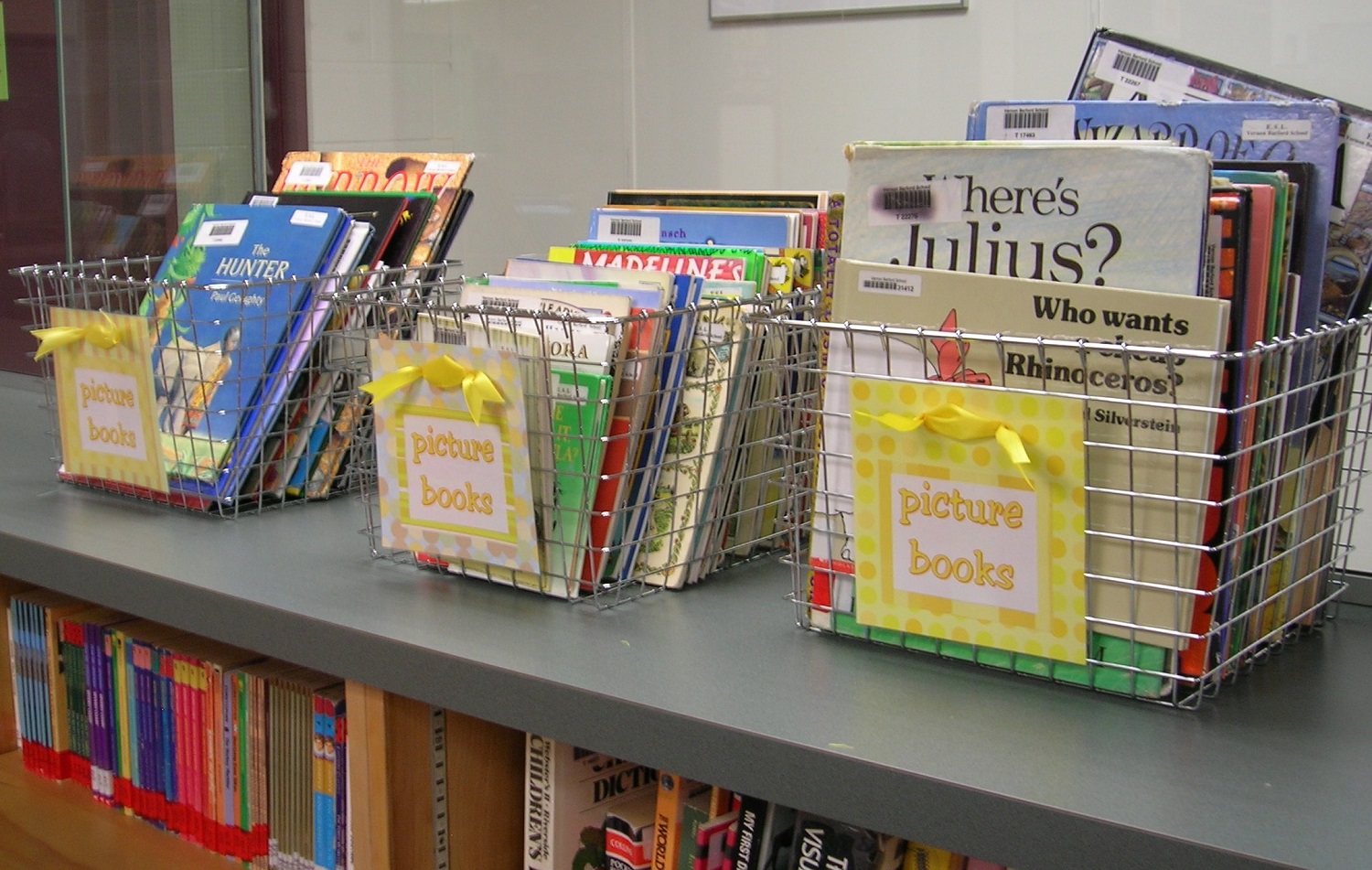 Human speech can be written or spoken. Written speech, as the more complex of the two, appears later in the course of history. In the course of a person’s individual development, too, mastery of writing follows that of spoken speech. But this next step does take some time.

1
There is a commonly-held belief that a child has learned to speak once she has mastered most grammatical constructions of her native language and uses language freely for communication and self-expression.

But there is another important indicator of a child’s language development—the appearance of inner speech.

When a “speaking” four- or five-year-old plays with toys (or any game of pretend), we hear him mumbling to himself, talking through the dialogues of his characters, putting the action he imagines into words. It’s wonderful to watch, this literal projection of reality into speech—what the great psychologist Lev Vygotsky called the “creation of an imaginary situation.” It’s a brief period in life when we can observe the work of the imagination.

Inner speech is born from this “muttering” during play. That means we should enthusiastically support a child’s situational games, trying not to break into them, but rather expressing interest in their events. This interest should be expressed after, not during, the game.

There comes a time when a child starts to play in silence. Not because he’s been asked to stop talking or told to play “quietly.” He’s simply grown up and no longer needs to use external speech. The speech to go along with his activity has “rolled up” and become internalized. Now he hears it inside himself—it has become the instrument of individual thought.

One of the main challenges of education is to teach written communication, that great achievement of human civilization. Writing (creative, not simply copied) is, like inner speech, silent. But it is social and dialogue-based. It assumes an interlocutor. I would say that to write is to extract inner speech, projecting it outward.

And we can develop writing ability before a child even learns to read, move pen across paper, or type. Among the tools that develop a child’s use of written speech are stories in pictures.

2
Stories in pictures are an independent type of graphic art. Like any artform, this one has its own language and means of affecting the “reader,” or viewer.

While picture-stories are formed on the basis of graphic images, the events depicted in them are shown sequentially. That is, they present a coherent plot-based story, a “text.” While we can examine every individual picture at our leisure, understanding the story requires that we take in the sequence of pictures in the given order—just as we do in reading.

A small child has to learn to “read” stories in pictures. It’s not an innate ability. It is also achieved with the help of an adult. When a graphic story is created with the child’s experience and comprehension abilities in mind, it will be accessible well before a text-based story of the same level. He has yet to understand how to decode abstract symbols (letters), but he can certainly take in symbols in the form of images. After all, he’s already using symbolic images in his own drawings!

What does it mean to “understand a picture” (here, a plot-based picture)? It means to process an impression with the help of inner speech. But that’s if you’re already an independent “reader.” At first, this all takes on a different form.

3
How do we usually look at stories in pictures with a child? We turn the child’s attention to the characters, name their actions in words, point out details. We might turn to the child with a question or suggestion: find the character or detail, say how the character is feeling, or what he or she would like to do.

This dialogue-based observation of each picture naturally builds the story as a whole. Still, we haven’t specifically set out to create a cohesive storyline. As a result, our speech is fairly simple grammatically speaking and the story itself isn’t cast into the streamlined form of a monologue. The visual images are only partially converted into verbal ones.

This is a vital method in communicating with a child around stories in pictures, but others should also be noted. For example, we can play with story sequencing cards.

A child is presented not with a ready plot sequence, but rather a set of scene-cards, which he needs to place in the correct order. I call this a game but it all depends on the object we have in mind and the players’ preferences. Speech therapists and psychologists have been using these cards since the middle of the previous century to diagnose, correct, and develop speech.

By ordering the pictures, the child demonstrates her ability to construct a narrative in accordance with logical patterns. For example, we are given three pictures. In one, an apple hangs from the tree. On the second, a boy pulls the apple off the branch. In the third, he eats it. While teenagers may prefer a provocative disruption of logic, our sweet, naive preschoolers place a high value on “the order of things,” and so know there is just one correct order for the images.

I’ll say it again: this activity is like an exercise or test question. The resulting story is not a creative one.

With a fictional story, things get much more complex and interesting. It’s important not just to order the pictures appropriately, but to tell a story to go along with the images. In the course of the game, the child might find that he prefers to create strange scenarios. But this should never be forced: pushing a child to a particular result is most likely to backfire. 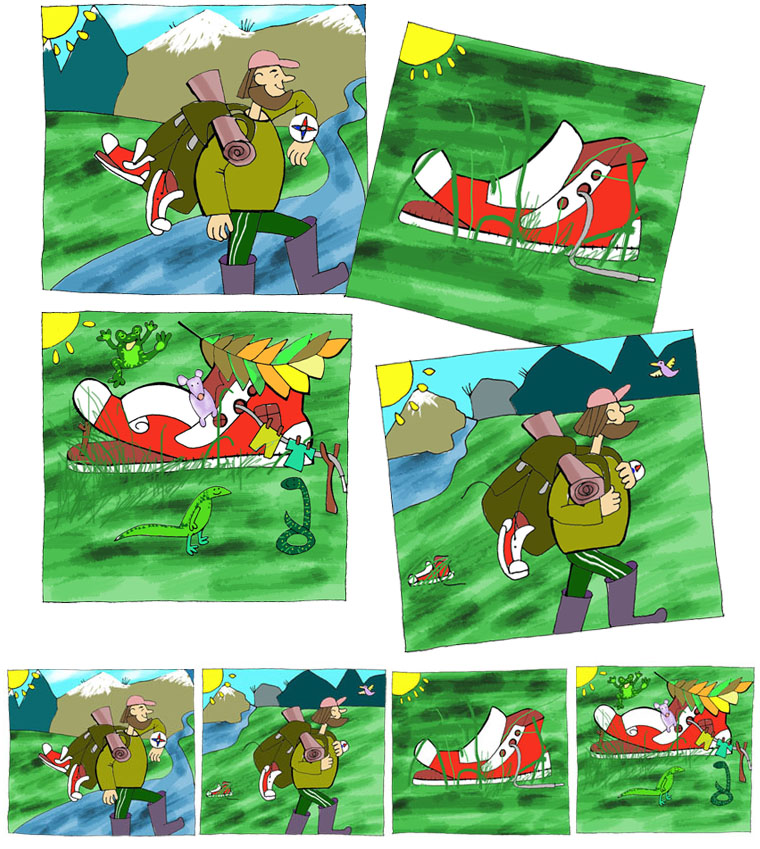 Aside from playing with story sequencing cards, we can use simple plots to produce written speech together. That is, an adult writes the child’s story down for her. These are no “field notes,” collecting cute incidents and new little words. This is communication in a special format: the child knows that the adult is taking down her words and watches him write. The adult then reads the child what she has come up with and he has been able to transcribe.

Obviously, this activity will be interesting to a preschool child but not one that is much younger. You may need to come up with additional motivation: who is the story being written for and what will we do with it next? But this situational writing will undoubtedly inspire a child to do more storytelling in the form of a cohesive narrative or monologue.

Finally, stories in pictures can be useful for kids who already know how to read and write, as a prompt for their writing.

This approach isn’t new to literature, particularly children’s literature. Tove Jansson, for instance, started by creating comics about her Moomin trolls and later developed these into complete written stories.

An even more impressive example may be the story of Anna Hvolson‘s little people. According to Ben Hellman’s History of Russian Literature Ben Hellman. Fairy Tales and True Stories: The History of Russian Literature for Children and Young People (1574 - 2010). Brill, 2013. ISBN 9789004256378. , Hvolson wrote a Russian text based on the comics of Canadian Palmer Cox. She started by captioning the images but later developed the text more fully, until it deviated significantly from its inspiration. Cox called the little people in his work “Brownies.” Anna’s characters became the “malyutki,” little ones. And it all started with a story told in pictures.

I believe these examples can be an inspiration for adults starting out on this creative quest, one that will bring the child closer to mastery of written speech.