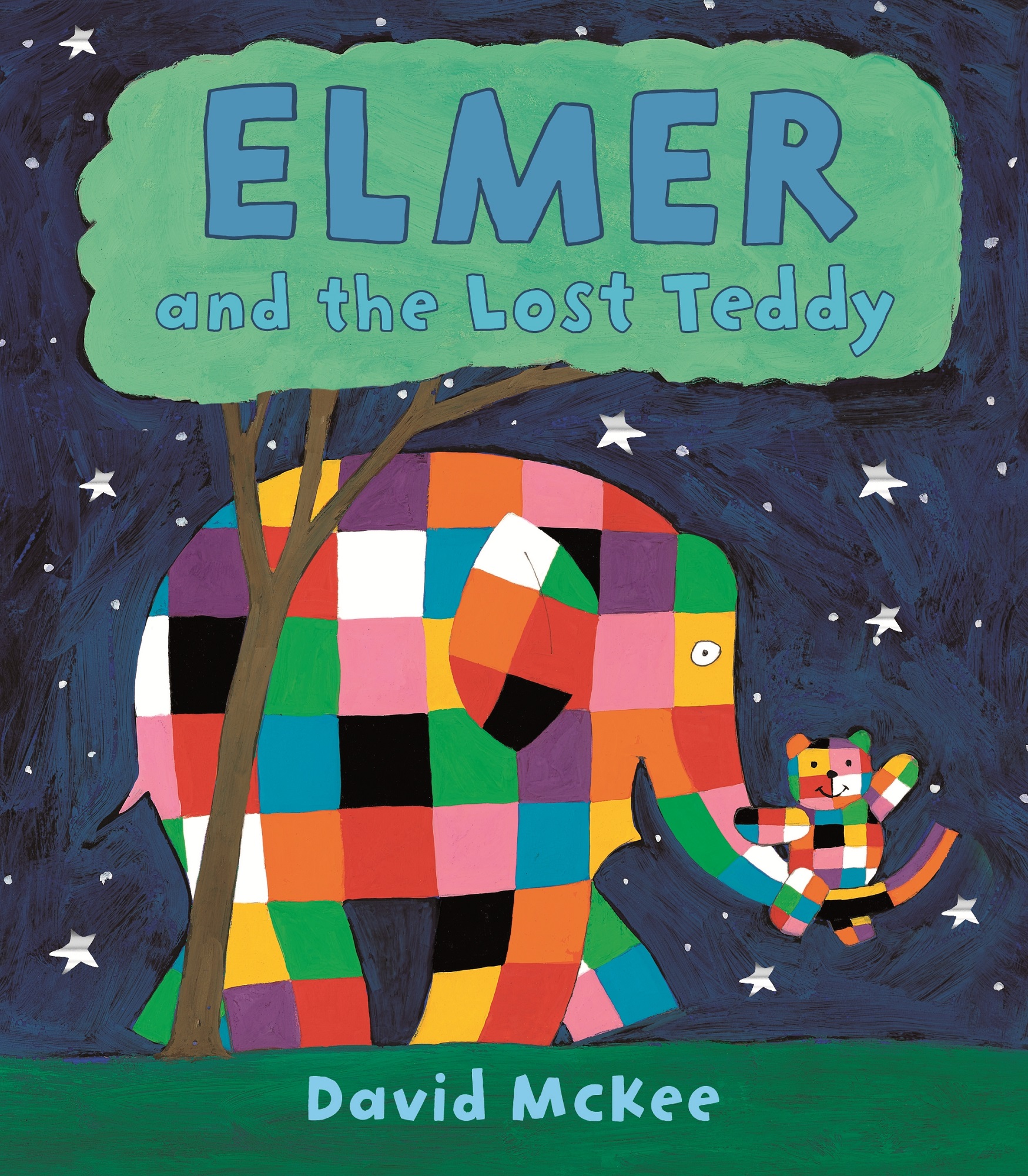 My youngest daughter recently started first grade. Aside from the usual parental concerns, we have one of our own: her hands. Sanya was born without several finger phalanges. Usually, she has no problem answering questions about the condition, but now she’s just not interested in the prospect of having to explain twenty-seven times. And so she asked me to come to school and tell the class about her hands. I agreed and brought along an assistant—Elmer, a colorful plaid elephant. 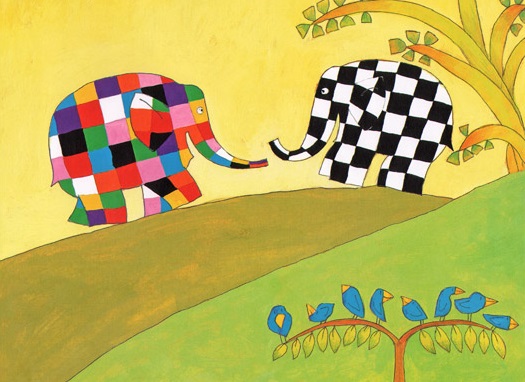 I choose David McKee’s Elmer and the Lost Teddy Most recent English edition: Andersen Press, 2018. ISBN 9781783445837.  to help with the conversation. I show the book to the class. The children take in the cover: they notice that not only is Elmer colorful, but his little toy bear is just like him, bright and patchwork-patterned. The back cover features another unusual elephant—Wilbur, who’s also patchwork, but black-and-white. Some of the group turn out to be graphics fans: “I like the black-and-white one more!”

Many of the kids used to fall asleep with a toy. We don’t ask who still does, so as not to embarass them in front of classmates, now that they’re officially elementary schoolers. Still, they can all understand the distress of a baby elephant and his mom when they lose a beloved toy. The kind Elmer gives the sobbing little one his own bear and sets off to find the one that went missing. The children lean in to see what color the baby elephant was. Nothing unusual here: gray, just like his mom.

Elmer walks through the forest and asks different animals if they’ve seen his stuffed bear. On his way, he meets his cousin Wilbur. Neither the lion, the tiger and his twins (incidentally, we had our own pair of twins in the class!), nor any of the other forest dwellers have seen the missing bear. It’s black-and-white Wilbur who comes to the rescue. He loves little pranks and when he finds the toy, he leaves it on Elmer’s way. Wilbur then hides in the bushes and calls for help, pretending that it’s the bear calling for Elmer and begging to go back to the baby elephant. Elmer is very much surprised, since of course stuffed bears can’t talk, especially with their mouths closed. The readers, on the other hand, don’t see any problem with it—there aren’t any patchwork elephants either, so what?

And so the grand finale: Elmer brings the old bear to the baby elephant and asks for his own back. The children have no doubt the bears will be exchanged—and so they are. But cousin Wilbur is surprised and asks Elmer if he isn’t afraid the baby elephant will want to keep the patchwork bear. “Your teddy,” he says, “is very different; it’s special.” And here’s where Elmer gives the response I’ve come to share: “But, Wilbur, didn’t you know? You don’t have to be different to be special. All teddies are special, especially your own.” 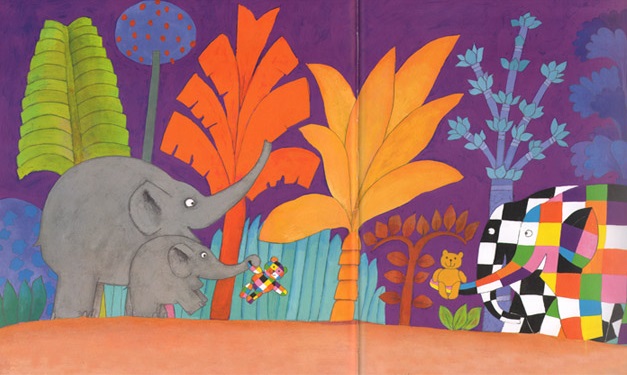 Just as we do at library readings, the children and I start to play. We look to see what we have in common and where we differ. There are boys and girls, blue and brown eyes, twins, and those who wear glasses or contact lenses. There are cat owners and a chinchilla owner and even someone with unusual fingers (here, you can look, from birth, yep, it happens), but all are students of the same class. Judging by the students’ bright eyes, everyone liked Elmer. The children carefully examine the last page of the book, which features the author’s picture and covers of other stories about the patchwork elephant.

Now Sanya definitely won’t have to answer the question “why are your fingers like that?” twenty-seven times. As for any other questions, there are plenty of great books out there.