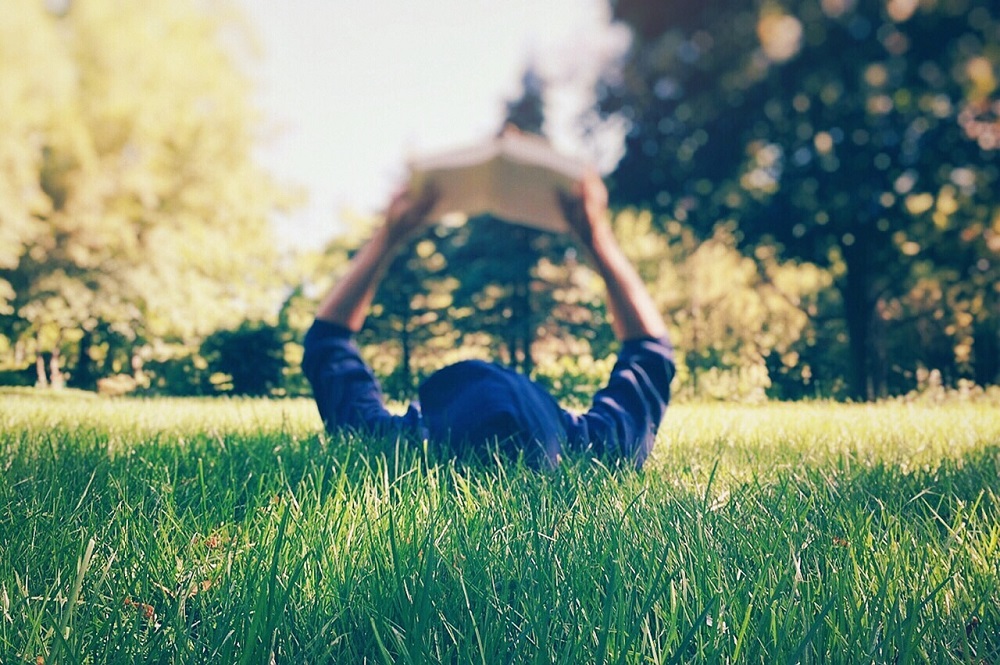 This summer my oldest son Nikita learned to read. He’s six and a half now and although he’s known the alphabet since he was about three, he simply did not want to learn to read. Every once in a while, I would ask him why, but didn’t insist—I’m no adherent of early education. I know children grow and come to things in their own time—sometimes you just have to wait for a long, long time. Even so, I couldn’t resist occasionally quoting Valentin Berestov’s poem “It’s so good to read” and other silly teacherly things, while reason whispered, “Wait!”

But I knew Nikita could do it! It was clear from all the words he would read incidentally—“cafe” one day, “milk” the next...

One day I thought up a game. I cut up a sheet of paper into squares and wrote words of three to four letters on each. I laid them out on the floor and told the kids to find “salt,” or “wall.” I was hoping Nikita would remember what the words looked like. But it was his younger brother, Vadka, who remembered. He quickly got the hang of the game and probably would have progressed in reading if I hadn’t gotten bored and dropped the game.

Sometimes I’d ask Nikita to read one word or another but the answer was an invariable “But Mo-o-o-o-m.” I understood it was better not to insist.

I don’t remember what it was that actually started our summer reading. I think I said something like, “It’d be good if you learned to read by the start of the school year.” Suddenly, Nikita was interested. A light bulb went off in my head. I asked, “Want me to write a story you’ll be able to read?” And Nikita said, “Sure!”

I had to think a bit. It was clear Nikita was going to be the hero of the story so that he would find it interesting to read about himself. That meant that we would have to be the other characters. At the time, we were in the countryside with Grandma and I decided to write about what I know. I was also certain Nikita could read his own name. And, of course, the words in the stories had to repeat so Nikita could recognize words and read them with ease. I picked up a small spiral notebook. The first story went like this:

It was great to see him read a whole story! Plus, he was excited he was in it. And it was accurate—Nikita had quite an appetite!

Naturally, Nikita struggled with words that had several consonants in a row, but he managed.

He read it to Grandma, read it to me, and, since he memorizes everything well, was soon reading the story from memory. That was clear from the fact that he sometimes changed the words or their order.

It was just as I had expected. Nikita was able to easily read the long story because the words in it repeated. Of course, he was thrilled. In one day, he went from a boy that didn’t read to one that did. He was reading not just words, but whole stories! Nikita asked me to write more, but I was out of ideas for the day. So he kept reading and re-reading the stories he had, following us around and asking us to listen. After that I wrote one or two stories a day. The next one went like this:

THERE IS GRASS IN THE GARDEN.
WHAT KIND OF GRASS IS THAT?
THOSE ARE WEEDS!
NIKITA WATERS THE WEEDS.
LET THEM GROW TO THE SKY!

Nikita laughed reading it. “That’s silly! Why would I water weeds?”

But he liked the story and it became one of his most-read favorites. These were reread most often when it was cold outside. Many of the stories matched the weather.

When the rain actually stopped and it got sunny, Nikita not only read stories but also husked dry peas that had been eaten away at by bugs. When he’d find a bug inside, he’d set the pea into the sun and the bugs, disgruntled, would gnaw their way out and fly away. That made such an impression on Nikita that I decided we need a story about a bug, too.

IN THE PEA THERE’S A BUG.
THE BUG IS IN HIS LITTLE HOLE.
THE BUG EATS THE PEA.
THE PEA IS YUMMY!
THE BUG CRAWLS OUT OF THE PEA.
“I’M OFF!” — SAYS THE BUG.

This story didn’t have the same characters, but there were familiar events. I was finally getting the hang of it: in six lines I repeated the word “bug” five times, and “pea” four times…

Nikita struggled with the words that began with vowels—he always wanted to shift the vowel into the middle or end of the word. In this story, he had trouble with the word “eats.” But over the course of the month, it, too, got easier.

The stories were no longer so important. Nikita would pick up books and try to read on his own. Then he found playing cards with fantasy characters and read the descriptions. But the tradition remained: Nikita would ask and I wrote. The stories were now longer and harder. I didn’t let that opportunity go to waste:

Nikita read this story funny. After he read “someone gave him a puzzle with one hundred thousand pieces,” Nikita exclaimed, “But it won’t fit anywhere!” I rubbed my hands in delight—I’d guessed it! Of course, when Nikita got to that same sentence, he burst out laughing. I was already thinking about what to write next. “Write what you see,” said my inner voice. So I wrote:

Vadka was already sleeping by then, tucked away under a blanket, and Nikita was dying to know: what kind of t-shirt was he wearing? In the morning, he made me finish the story to his dictation. Now it ends as follows:

VADKA IS WEARING A T-SHIRT WITH A PAIR OF SNEAKERS AND SPARKLES ON IT.

I thought a lot while I was writing these stories. I thought about how great it was to burst into a child’s reality. About how we’d reached our goal and I didn’t have to write anymore. And I waited for Nikita to ask me to write more, so he could read the stories day in and day out, leafing through the notebook.

IT’S WINDY.
THE LEAVES ARE RUSTLING.
THE GRASS BENDS TO THE EARTH.
IT’S WARM INSIDE.
NIKITA IS READING A STORY.
THE RADIO IS PLAYING.
THE WIND WILL SOON DIE DOWN.

Nikita read this story when it got cloudy again. He reread the story about the fly.

I wrote a few more stories until they were no longer needed at all, while summer passed and fall rolled around. Nikita stopped asking me to write them. Now, when he woke up, he’d say: “I’ll read for a bit” and pick up the first book he saw.

I can keep sleeping to the rustle of the pages.

I don’t even know why I don’t.