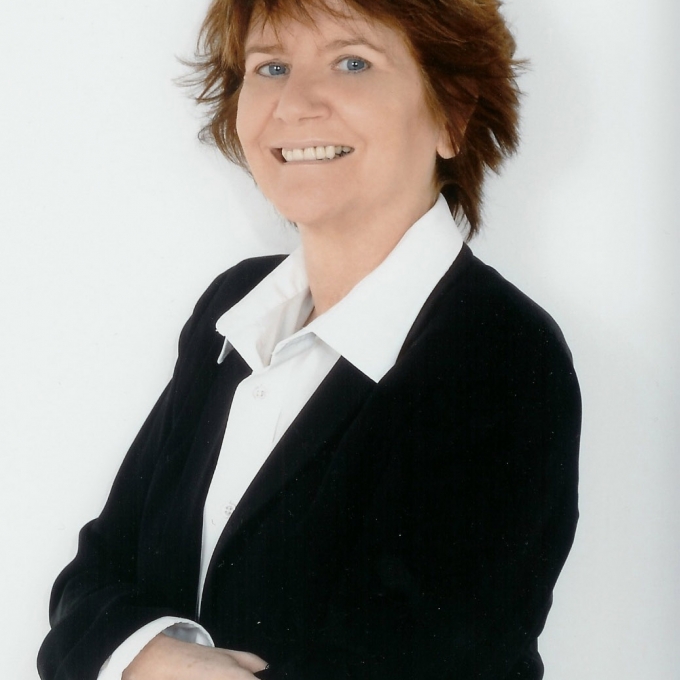 Theresa Breslin’s Whispers in the Graveyard Most recent edition: Egmont, 2016. ISBN 9781405281812.  is about a boy with dyslexia. For the book, Breslin was awarded the Carnegie medal, the highest award for children’s literature in Britain. 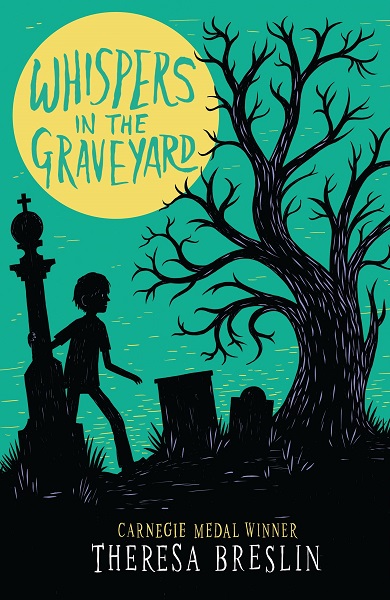 Some children struggle to recognize written or typed words—they might have dyslexia. Dyslexia is not a mental disability and children with dyslexia are often bright and perfectly capable of learning. But they do have difficulty reading. That’s why extra effort should be devoted to helping kids with dyslexia read. According to Theresa Breslin, a well-known Scottish writer and former librarian, these approaches can also be useful for kids that do not have a condition that makes reading more challenging.

Theresa Breslin has written over thirty books, which are read and loved not only in Great Britain, but around the world. Many of her books have won prestigious awards, and several were made into films.

- Theresa, Russian books often have an age recommendation for books right on the cover, such as “for children ages one to three,” or “for elementary-school aged children.” Now, to comply with the new law On Protecting Children from [Harmful] Information In 2012, Russia adopted amendments to its law On Protecting Children from Information Harmful to Their Health and Development, requiring publishers to mark books with the following age ratings: 0+, 6+, 12+, 16+, 18+. This rating system is similar to the MPAA film rating system in the United States (PG, PG-13, R); it indicates that the book has content that may not be suitable for children under a certain age. Most of the restrictions concern descriptions of sexuality, violence, smoking, and the like. A bookstore cannot legally sell a child a book if he or she is younger than the age on the rating; similarly libraries will not allow him or her to check the book out. , we are also required to label books with ratings like “6+,” “12+,” “16+,” and so on. How are books categorized age-wise in Scotland?

- When you walk into one of our libraries, the first thing you see are big, brightly-colored boxes of books. The boxes might take the form of a ship or any other shape. All around there is soft seating, floor cushions, soft rugs. The books here are for the youngest children who come to the library with their parents. You can poke around, find a book, and settle down to leaf through it on the spot. But if older children are drawn in by the display, they too are welcome to read. There are no age restrictions.

It’s just the same with books on the shelves. We actually never use a precise age designation when we lay out the books. The entire collection is divided into two parts—“books for beginning readers” and the rest of the fiction. There are no distinctions based on a particular age. Indicating age is a sort of stigma—it labels readers.

What does it mean to write “books for children ages three to four” on the box of books? It discourages an eight-year-old child. He might see the label and decide that taking a book from the box is beneath him. But what if those are the books he finds interesting? What if those are the only books he can comfortably read?

At the end of the day, we have very different children coming in. Both first-graders who have just started school and teenagers who have only just become interested in reading might be “beginners.” Some libraries in Scotland have a special collection called “Quick Reads.” When I worked at the library we always made sure to offer and expand this collection. They’re books that a child of seven or eight can manage, but are designed to attract teenagers. If you look inside, the font is quite large. There’s also breathing room between the lines and noticeable spaces between paragraphs. Function words are markedly separate from other words. Even the font is special: it replicates the letters as a child learns them in an alphabet book. The syntax is very simple and the vocabulary is quite easy.

Initially these books were intended for children with dyslexia. A designated publisher puts them out.

- Was this a government reading program?

- No, it was started as a private initiative. The founder of this publishing project [Patience Thomson] had previously worked as an elementary-school teacher. Among her more difficult students was a girl with dyslexia. But she managed to teach her to read. The teacher had to come up with her own texts and write them in a particular way—as I already said: with familiar letter shapes and bigger spaces between the words and lines. It was important to make it as easy as possible to recognize letters and words.

Once the teacher had a good number of texts, she decided they should be published. What if her approach could help other kids and teachers? It turned out the father of one of the dyslexic girls she had taught to read was a wealthy man. He helped the teacher finance her publishing house [Barrington Stoke].

- Does this initiative run as a non-profit?

- Not at all! It’s incredibly profitable. Later, other publishing houses followed this teacher’s example. It turned out there was a high demand for such “simplified” books. The cover doesn’t say that they’re for people with dyslexia. That would be strange—and wrong—to judge the audience like that. In Scotland, for example, many children have a Polish or Lithuanian background. English is their second language and they gladly use these books. They are also popular with college students who are learning the language.

But it’s not easy to write such books.

- So they’re not just regular texts with unusual formatting?

- No, these are texts made to order for the publisher. The publishing house commissions books by different writers. These authors are usually famous, so the reader can feel that she is a part of the real literary world.

I write for this program as well. I have to say, it’s quite difficult. The plot has to be engaging and fast-paced, and preferably funny. Meanwhile, the language is simplified: a minimum of complex sentences or constructions, no inversions. And yet it’s a text, it’s reading. British correctional facilities also purchase these books for the teenagers who are serving time—children there want to read as well.

It’s quite common that young offenders can’t read at all, so they must be taught. There is a special alphabet book with pictures specifically for them. The example for “A” isn’t the familiar “apple,” but rather “alcohol.” In some cases, the word “alcohol” produces a more vivid association that “apple,” so it’s easier to remember the letter. All the psychological details are taken into account.

We keep these details in mind when we’re writing books for these children, too. It’s vital that the book somehow catch the child’s interest.

- Do you enjoy writing books for children with reading difficulties?

- I consider it a very important job. I have very different books, among which are those that are written for a social cause. The publisher generally commissions one or two books from a writer, but I was asked to write more. I understand the issue and I want to write works for children that have difficulty reading.

What surprised us most in Theresa’s story?

It was her calm acceptance of human individuality, fundamental for anyone working in the social sphere. Yes, everyone is different, and each child has her own path of development.

Instead of familiar pretentious platitudes, Theresa presents a practical and thoughtful set of teaching tools for this particular situation, with different tools for different children. At its heart is respect of the other and proper interaction. There’s no stigmatization, no embarrassing labeling for bureaucratic purposes. When we work to support reading, it’s not about separating books into those that are good or bad for readers. We should learn to give young readers options so that they want to read. In order to do so, we need to set aside abstract moralizing and think of the child—what he’s like, his inner world.

Translated from the Russian by Alisa Cherkasova
Cover picture: britishcouncil.org