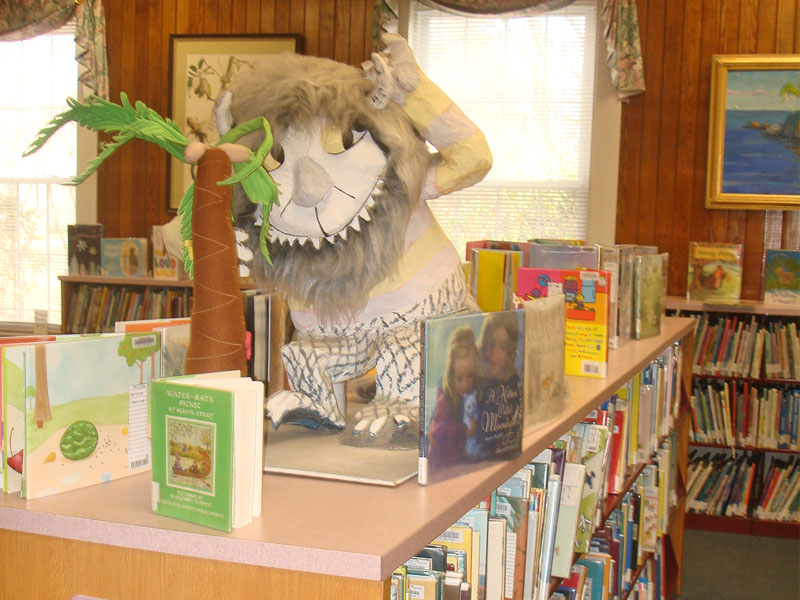 Libraries in the United States differ from their Russian counterparts in curious ways—first and foremost in their popularity with locals. Despite the nation’s prosperity, the computerization of everyday life, the prevalence of gadgets, and countless leisure options, Americans enjoy spending time at the library: they come as families, with small children; they participate in educational programs and attend readings. It’s rather surprising. What draws them in? Do American librarians have a secret to luring in visitors? At Papmambook, we sent our correspondent to find out.

Note from the editor: This article was originally written in 2011.

Thomas Memorial Library in Cape Elizabeth is named in honor of William Thomas, a name that will be unfamiliar to a Russian reader but is important for local residents. William Thomas lived in Cape Elizabeth at the turn of the twentieth century. While completing his university studies, he taught here at a one-room schoolhouse. Years later, after the school had been closed down, Thomas bought out the building and gave it to the city as a library, along with the land it was on and books to fill it with. Today, the local library has books and educational programs for children of all ages. Residents foster a love of reading—and the local library—from early childhood. 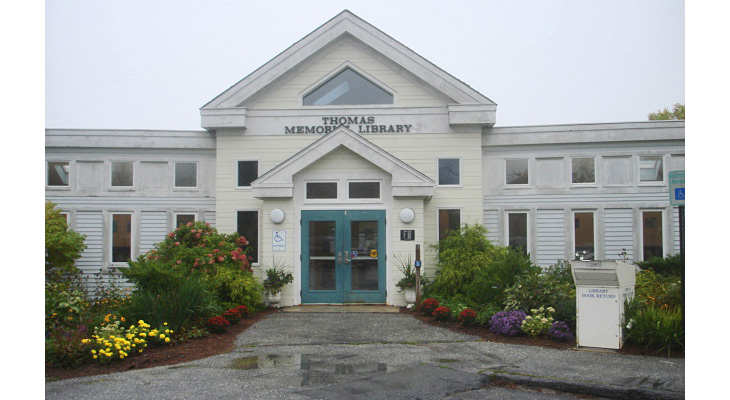 The library’s main educational program, “Story Time,” is a half hour devoted to songs, dance, and, most importantly, reading aloud. The program is divided into four groups: for little ones up to 18 months, children under three, preschoolers three to five years old, and all kids over five. You can even bring a newborn to storytime! According to children’s librarian and program director Rachel Davis, parents typically come here to meet other parents, and then “catch” the early-reading bug. At first, parents think their infant will not be able to understand or appreciate the activities. After some time, however, a parent may notice that their child will try to repeat the motions from the “dances,” and later even repeat words from stories that were once read aloud. As it turns out, children remember quite a bit and the texts read to them at an early age will help to expand their growing vocabulary.

But is it easy for parents with such small children to attend the activities? After all, getting anywhere with a kid, especially with a stroller in tow, is difficult and inconvenient: difficult to get into buildings, get to different floors, to find somewhere to change the child…

William Thomas Library is equipped with automatic doors This article was originally written in 2011 for Russian readers, who, unfortunately, are still unfamiliar with many of the library conditions and programs which are standard in libraries in the United States. In particular, this concerns library access for people with disabilities, as well as the computerization of catalogues and other services. Russian libraries are gradually improving, with faster progress and change happening in the big cities. . The three-story library has elevators accessible to all visitors, and special changing rooms. Interlibrary loan allows visitors to place an order for any book you’d like—for example, the one you were thinking of buying but could not afford. The books will be delivered within a week from another library in the state. You can order books from home through the online catalog. If a reader can’t make it to the library—due to illness, for example—the book will be delivered to his or her home at no cost.

Parents who come to the library with small children even once, quickly become regular patrons. As the children grow up, they come to the library after school to wait for their parents to pick them up (all of the Cape Elizabeth public schools neighbor the library). While they wait, they can read: after all, they’ve come here from a young age, and the librarians are always happy to see them.

In the summer, school-age children come to the library to keep up the reading skills they have mastered over the school year, take out books from the summer reading list, and participate in activities, including drawing and crafts. For example, there’s an activity series based on folktales from around the world: the librarian reads a story (they even have [Russian folktale] The Turnip (Repka) in translation!), then leads a project tied to a traditional craft from that country. The library also invites authors to read excerpts from their books and guide children through a hands-on activity.

The librarians here have worked out a strategy to make sure kids read not just new, beautiful books but also the old and worn ones, which, despite their looks, can be just as interesting. There’s a “Lonely Books Club” and children who read three old books and write a short review of each get a five-dollar discount at a local bookstore. Even a child who prefers skateboarding to reading has an incentive—read three books and then either write a short reflection, draw a picture, or tell the librarian about them—and you’ll get a ticket to the local skatepark.

Of course, not all parents take their kids to the library. Even so, library programs catch up with them—at the pediatrician, for example. When children come in for regular check-ups, they get books from the doctor. Over the course of their doctor’s visits from birth to age five, every child gets thirteen books as part of Raising Readers, a statewide family-reading support program. Americans don’t miss a chance to give a child a book.

Elizaveta Prudvoskaya
Translated from the Russian by Alisa Cherkasova