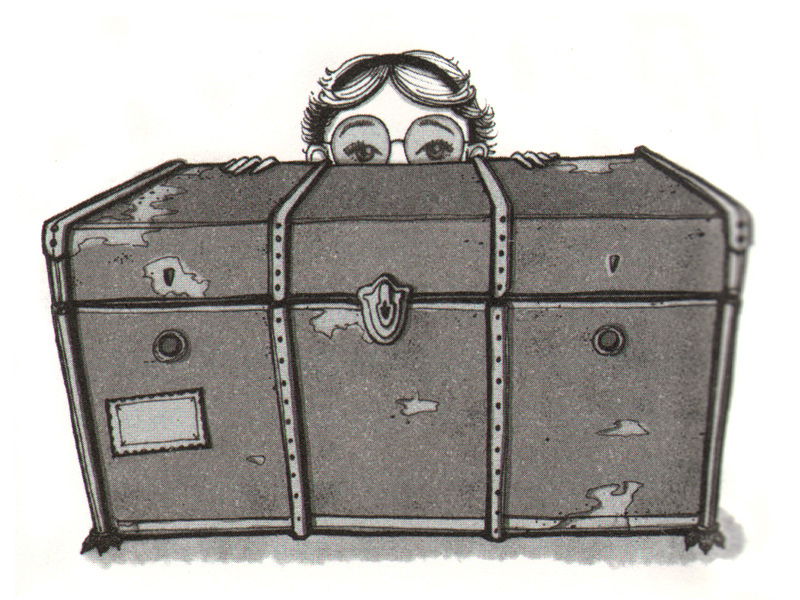 Winter’s not exactly my favorite time of year. It’s just too cold and bleak. Of course, it’s only in winter that you can ice skate and ski, build snow forts, have snowball fights or stomp out winding labyrinths in the white sheet of snow. But you need good weather for all that, and in winter there aren’t all that many quiet sunny days. Far more frequent are days of biting frost or, what’s worse, it all starts to thaw, and you have to wade through the slush and slurry of melting snow and dirt, with layer upon layer of thick gray clouds overhead. Unlike summer, when you just can’t wait to get outside, winter pushes people into their homes and forces them to stay there. On the other hand, this is the time of year you realize just how cozy your home is. It starts to seem like the only warm refuge in a frozen black and white world. Small things you don’t normally notice take on a special value and significance: hot drinks, wool socks, warm blankets, and trusty radiators. And then, of course, winter has the long vacation with the biggest holiday of the year. The gloomiest season gives us an unexpectedly cozy feeling and that incomparable sense of an approaching miracle.

Kate Milford, the author of the mystery novel Greenglass House [most recent English edition: Turtleback Books, 2016. ISBN 9780606389082], tries to capture as precisely as possible the small joys of the Christmas season that are so dear to the heart. 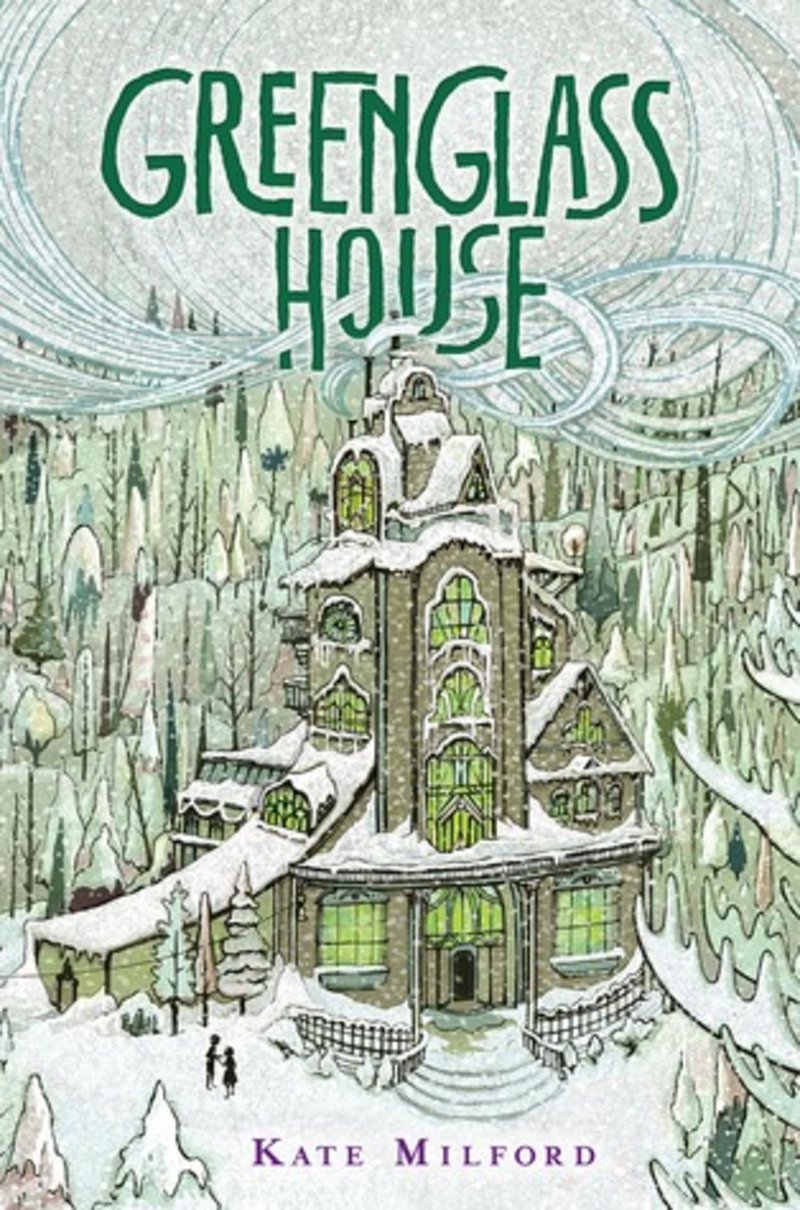 The story begins on the first day of winter vacation, in an old manor on a hill not far from the town of Nagspeake. This huge mansion is called Greenglass House, an inn owned by Ben and Nora Pine. Their adopted son, Milo Pine, hopes to spend the holidays and Christmas as the family always does, in the calm of the empty inn. But, to Milo’s dismay, a guest unexpectedly checks in. And then another. And then two more. By the end of the day, instead of three people at the House, there are eleven, and the inn fills with noise, chatter, squabbles, the clatter of dishes, tobacco smoke, and the scent of perfume. When he goes outside for something he’d forgotten, Milo sees a wallet in the snow. In it, he finds a folded nautical chart with mysterious symbols and notes. The next day someone steals the map from the boy’s room, replacing it with a fake. This incident and the strange chain of events that follow push Milo and his new friend Meddy to see if they can figure out what is going on.

Meddy suggests an unusual plan (why she did this becomes clearer toward the end of the novel)—to turn the investigation into a role-playing game. The idea is that, while they will be in the real world rather than at a table with dice and bits of paper, they will pretend to be characters, partially based on those from the role-playing board game of Odd Trails. (Judging by the book's publication date, and the game’s popularity, it’s a sort of Dungeons & Dragons, though stylistically the game is more like 7th Sea.) Milo becomes Negret the blackjack, a cunning con artist and skilled thief, while Meddy takes on the part of a disembodied spirit named Sirin.

The game is off to a hesitant start, but soon the kids are fully immersed, especially Milo. Like I said, he’s the Pines’ adopted son, and with his Asian background, he looks very different from his adoptive parents. For as long as he can remember, he’s imagined himself a different family and a different house. Once the game is on, he comes up with a father for Negret—a famous blackjack who’s taught his son all the in-and-outs of this difficult trade. Milo enjoys these fantasies and they make sense in the context of the game—of course he needs a backstory for the role play. Still, Milo is uncomfortable and embarrassed, wondering if his thoughts offend his caring parents. This inner conflict develops throughout the novel and is resolved at the very end. Milo’s new identity helps him believe in himself. After all, Negret has solved many more baffling mysteries—this one will be a piece of cake!

Why does one of the guests, red-haired Clem, call herself a burglar? Why does Dr. Gowervine sneak into her room? Why is the House embroidered on Mrs. Hereward’s bag? Every day that passes brings more and more mysteries, and the answer to those is often hidden in the tiniest details, which are nearly impossible to pick up on. Milo is already observant and methodical by nature, and as he “transforms” into Negret, he becomes even more so. He notices tiny clues and inconsistencies, that as a reader you might chalk up to the author’s errors or the imprecision of translation. For example, in one scene, there’s the brief mention of a sweet scent emanating from a potted poinsettia. So what’s the big deal? The story goes on. Only later do the characters realize—poinsettia doesn’t smell like anything! That turns out to be the key to one of the mysteries, just like a hanging ribbon, a bar of unpackaged soap in a free guest room, a pile of canvas sailcloth that’s been moved in the attic and much more….

Milo and Meddy can’t figure it all out on their own, of course. They’re investigating the events of our time, but the plot of Greenglass House extends much further. The circumstances that have brought the guests to the inn have their roots decades, or even centuries, in the past, and they are all tied together one way or another. It’s not likely our protagonists could have ever found out about that history, but they get lucky—the guests aren’t too good about keeping their secrets and share them first chance they get. These revelations mark several key plot twists. Each answers certain questions, poses new ones, and pushes the story toward the next twist.

After I’d finished the book, I revisited certain chapters and discovered that the text is packed full of clues and references to future events. That means an observant and thoughtful reader can predict some of what’s to come. You won’t be able to get it all—there are too few clues for certain events. Still, there are usually enough for you to say to yourself: “something’s not quite right.” I regret that I didn’t decide to keep my own running list of clues and dropped hints while I was reading. With its help, I could have solved some of the mysteries on my own, instead of watching Milo and Meddy figure it all out. Even so, I truly enjoyed watching scattered pieces of the plot gradually fall into place, connections appear, and all of it form a whole and coherent story. I don’t often come across such complex plots and Greenglass House was a real treat.

Fast and slow scenes are constantly alternating in the book. The “fast” ones are often the more tense ones. One example is the very beginning of the novel when new characters appear one after the next and you have a whole crowd with as yet unrevealed personalities and an unclear role to play in the plot. You get lost in the jumble of unfamiliar names and then our protagonist, Milo, is also upset over his ruined holidays, with the house becoming more and more chaotic as the guests continue to arrive. You get the same sense from the investigation scenes (how are you supposed to relax when you’re hot on a criminal’s trail?) and the resolution (with two chapters that have more action than nearly all the rest of the book). Still, most of the book is written very differently. 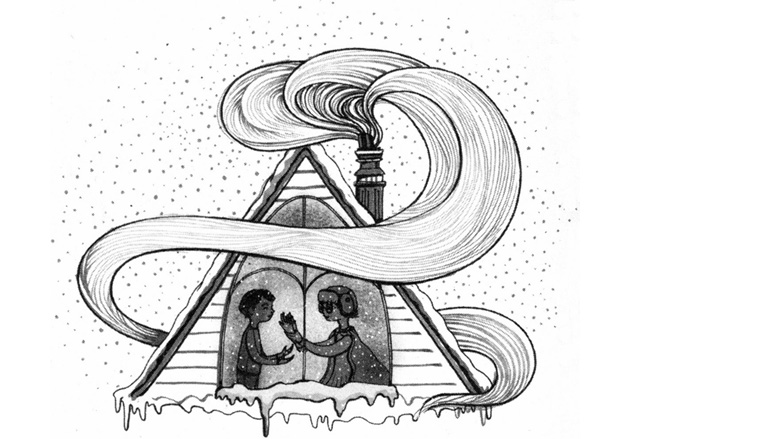 Milo and Meddy spend long winter evenings talking with the guests and listening to their stories, reading a (very interesting) book about local city legends, exploring the attic, drawing up a plan of the house, enjoying hot cocoa with treats, and just having fun. I found that the spirit of the book, its real charm, reveals itself in just such moments. There’s a sense of coziness and holiday giddiness. Each page exudes the warmth of a fireplace, the smell of hot chocolate, cinnamon, holiday sweets, and the scent of fresh pine needles. These are, of course, the most cliché of clichés, but they’re so perfectly described and they really hit their mark. The book has its original details that also enliven the text, some of which are funny and some not so much. For example, one of the inn’s guests, a severe-looking older man, puts on a fresh pair of awkward bright-colored socks every day. Then there’s the more serious story of the Belowground Transit System. It was officially closed for unknown reasons, but it’s actually still completely functional. The lonely conductor secretly continues to ride the one remaining train back and forth on the tracks connecting the whole city and its suburbs….Magical, wouldn’t you say?

Over and above it all is the House—a small world unto itself (though it seems unfair to call a five-story house with more than twenty rooms “small”), with its stone walls keeping out the cold and storms of the outside world. The House brings people together and those who meet there as strangers or even rivals leave as friends. Greenglass House is full of secrets and wonders and has a particular warmth all its own. The whole book is essentially about trying to hold onto and sustain that warmth.

Daniel Bronsky, 14
Translated from the Russian by Alisa Cherkasova