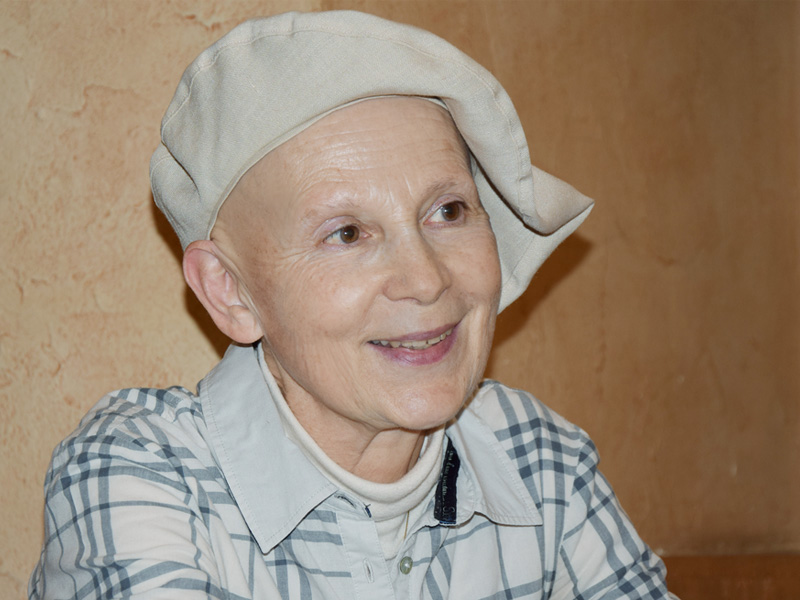 Marie-Aude Murail is the author of many books popular around the world. Her novels are on country-wide school reading lists in France, Belgium, Switzerland, and Canada. Murail is a writer who dares to speak honestly with adolescents on adult topics, without trying to sugar-coat today’s tough issues. With the impact she has on readers, Murail strives to break the walls of apathy toward those we’d prefer to ignore, blinded as we are by our own privilege.

- I’ll start with a question that you’d ask any author. There are so many jobs out there. Why did you choose to become a writer?

- I come from a family where everyone wrote. My dad is a poet and my mom is a journalist so it seemed quite natural to become a writer. I have two brothers and a sister. My eldest brother works in music now, and the rest of us, including me, became writers. As children, there was an element of competition to it—we had a sort of sibling rivalry when it came to literature.

- Do you think it would have been better to compete outside the family? Participate in writing contests, for example.

- I did. These days I console teenagers that haven’t won a single contest by telling them: “You’re looking at a serial loser!” They laugh, but it’s true. I really did often lose in contests.

- Your first books were written for adults but now you write books for teenagers. Why’s that?

- My first two books were written for adults. At the time, I probably needed to get it out of my system. Then I had the sense that if I continued to write for adults, I would lose something very important and that I wouldn’t be doing what I should be, that I’d get sidetracked. Young adult literature is what inspires me, keeps me afloat.

- Do you see teenagers more as adults or kids?

- They’re both. They walk the line between two worlds—the world of adults and the world of kids. I find that interesting because I practice the same balancing act. It feels like I’m on a swing set in my mind that sometimes brings me closer to the adult world and sometimes carries me away.

- In your books the teenage protagonists are often faced with a huge amount of problems. What’s more, they’re not the typical problems a child might face, but serious adult issues. Do you want the reader to feel the weight of such situations? Or would you say these problems are the norm in today’s society?

- I’m often told there are lots of problems in my books, as though these problems were something remarkable. But these problems are nothing special—that’s daily life these days. If you think about it, any life is absolutely unusual. It’s exceptional for each of us. We all try to make our lives ordinary—we seek a cure from the abnormal. Humor helps with that.

- Your adult protagonists often refuse to take responsibility for themselves. In My Brother Simple English edition: Bloomsbury Children's, 2012. ISBN 9781408814710. , for example, Kleber must take care of his older brother, who has learning difficulties. So here the younger brother steps up to help, but not the parents. Do adults really avoid responsibility so much?

- This is actually the plotline for Tom Thumb. He drags everyone along, forces them to act. I wanted to show a world where adults are afraid to take their rightful place. As a result, teenagers are forced to grow up early. 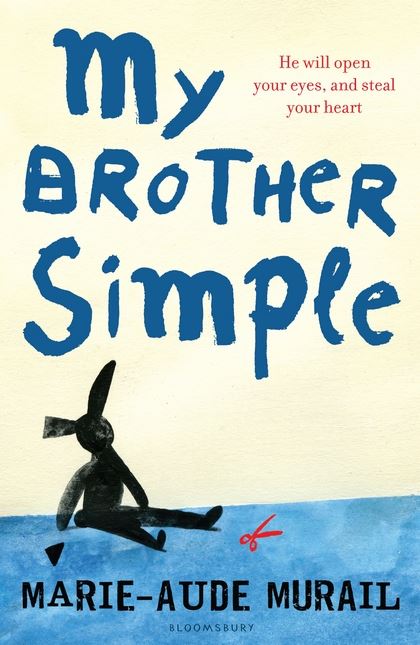 - In spite of the serious issues raised in your books, they’re full of humor. What does humor mean to you?

- It’s a declaration of dignity. Humor allows you to overcome fate. It’s also a way to resist pressure. Everything that stresses us is like a great big balloon. Humor is the tiny needle that can pierce that balloon and pop it.

- When you start working on a new book, do you know what the plot is going to be or do you make it up as you go along? Do you come up with a plan for the book first?

I don’t make plans for future books. I look for things that make me laugh or cry. I look for emotions. I think about what I want to say. And since I’ll be living with my characters for the months I’m writing the book, it’s really important for me to sort out which characters I’ll let into my head. You could say I’m like a puppet master—I pull the strings, manipulate the characters, but at some point the character breaks free of the strings and starts to act on his own.

- Miss Charity The book has not yet been published in English.  is about a girl living at the end of the 19th century. What do you think today’s readers and Miss Charity have in common?

- I think girls are always fighting for the right to create and Miss Charity is a sort of forerunner of today’s girls. Like her, we have to fight to be who we want to be. 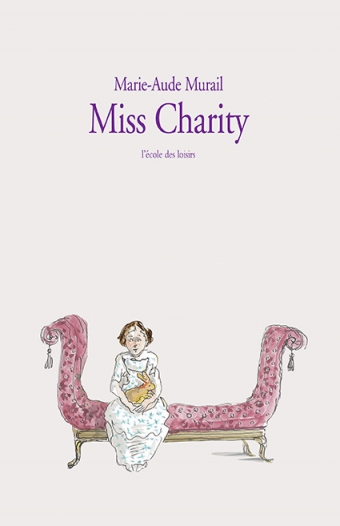 - Is Miss Charity a book for girls?

- Does a female protagonist make a book a girls’ book? Is Harry Potter just for boys? I’ve written quite a few books where the main character was a boy. I’ve written about different boy games, because I’ve personally had some issues with self-identifying, with my gender identity. And then something remarkable happened: when I was forty, I had a daughter, after two boys. Because of her, I started writing about girls. I don’t know who gave the other the greater gift—whether it was I, when I wrote Miss Charity, or she. She was eleven when I was writing the book, and every evening she would read what I had written that day, from beginning to end. She read the text on the computer screen, peering over my shoulder. For her it was like a roman-feuilleton, a novel that comes out in installments. And each day she waited for the next part.

- You’ve written so many books. Which is your favorite?

- Writers like to think their favorite book is the one they haven’t completed yet.

Interview by Alexandra Dvoretskaya, 13, Book Expert of the XXI Century” contest winner
Russian-French interpretation by Olga Patrusheva
Photo by Galina Solovieva
Translated from the Russian by Alisa Cherkasova
This article was originally published in 2017