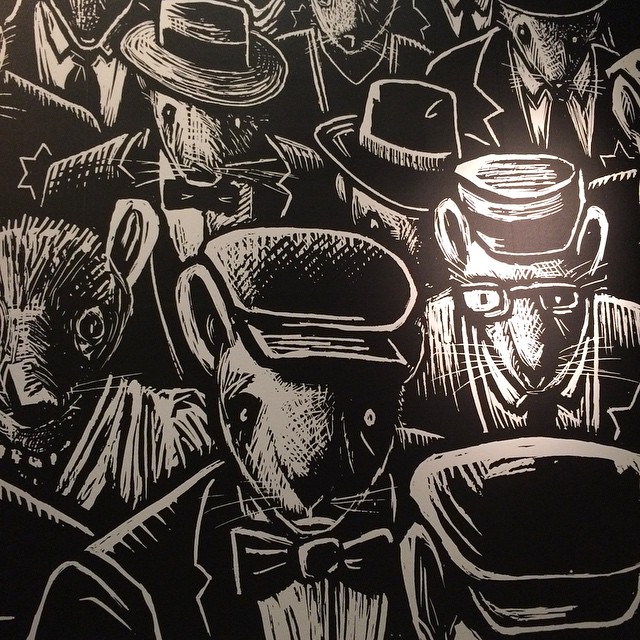 I first learned of this book when I was on the subway on my way to school. The train pulled into the station and a man with a thick comic book under his arm came into the car, sat beside me, and opened the book. Naturally, I was interested and started looking at the pages. I know, I know—it’s bad to peek over someone’s shoulder. But I was more than intrigued. As I got up from my seat, I caught the title—Maus Published in English by Penguin Random House. —and as soon as I got home I looked it up.

I’ll share my impressions of the book, but first: a bit of background on the history of this genre.

The word “comics” comes from “comic”—in the sense of “funny.” The first mass comics were short (four to six panels), funny sketches, published in newspapers. But everything changed when, in 1938, the first comic book about Superman came out. It was an enormous success. It was superhero comics that made the genre truly popular. With time, however, the standard plot about a fearless hero who saves the world from a cunning villain gave way to more complex stories with deep characters. These stories were no longer called “comics,” but “graphic novels.” In 1992, Art Spiegelman’s graphic novel Maus won the prestigious Pulitzer Prize, definitively proving to everyone that comics were art…. That, however, didn’t stop several Russian bookstores from taking Maus off the shelves a couple years ago because “a topic as serious as the Holocaust, was presented in the form of comics.” Plus, there was a swastika on the cover—an argument which was doubly absurd, since the book is anti-fascist. The author himself called it a “shame” and the “harbinger of a dangerous thing,” while rational people in our country could only hang their heads in shame and helplessness.

Art Spiegelman also called Maus a “book about memory,” since the events it describes are based on the recollections of his father, who survived Auschwitz and a “death march” to Dachau. In the book, Vladek Spiegelman recounts events to his son, and those scenes from the past are interrupted by panels depicting scenes from our time, giving the book even greater depth. The comic excites genuine emotion in the reader: you really feel the fear and the imminent threat facing the main character. He’s not a superhero able to fight Global Evil—he’s just an ordinary person (or rather, a mouse, as he’s depicted in the book), that tries to survive in horrific circumstances, where you cannot trust anybody and you are surrounded by those who want to kill you.

Since it’s a comic book, the drawing and style is incredibly important. The drawing looks both somehow crude (especially the faces of the characters) and also detailed. The captions and their fonts are a sort of continuation of the pictures, which is true of all the translated versions. The author worked with the translators to personally ensure that the text was as authentic as possible. Spiegelman also devoted particular attention to the precision of the translation and such phrases as “she kept insisting me to show her my apartment” and “we saw each other together for maybe three or four years“ which reflect his father’s non-native English. All the characters are depicted as animals—for example the Jews are mice and the fascists are cats. Meanwhile, characters with the same nationality are practically identical, except for their clothes. I see these images as a call to unite—a reminder that all people of the same national origin are in a sense brothers and sisters. One of the characters in the story is a traitor, and he looks both mouse-like and cat-like at the same time.

So, can we actually deem any topic “too serious” for comic books? I think the answer is obvious—of course not. First of all, comics are an artform, just like films and books. Those who consider comics “pictures for losers that can’t read” are probably either unfamiliar with them (or got a really unfortunate introduction to the genre) or simply too conservative and unwilling to accept anything new. The culture of comics is certainly relatively new in Russia, since they appeared quite recently. Maus, for example, was published in 2014, a whole forty-two years after the original came out, back in 1972. Second, we should ask ourselves can any event be “too serious?” It goes without saying, you absolutely cannot openly mock the Holocaust, or any other tragic event. It is also unacceptable to distort historic facts (if, of course, the work aspires to be documentary in nature, and not outright fiction). The characters of the graphic novel discuss this very issue, when Vladek Spiegelman asks his son not to mention certain things in his comic. The author is asking his father for details to bring his story to life and lend it veracity—so one of the storylines of this graphic novel is its own origin story.

Early comics always tried to be relevant and inspirational—as such, Superman first fought the fascist and later the communists, helping people overcome hard times and inspiring hope. Maus is the antithesis to that. Its aim isn’t to bring light and a hope for the future into human life, but to remind us of a horrific past and the catastrophic consequences of human hatred and evil.

Evgeny Zherbin
Translated from the Russian by Alisa Cherkasova