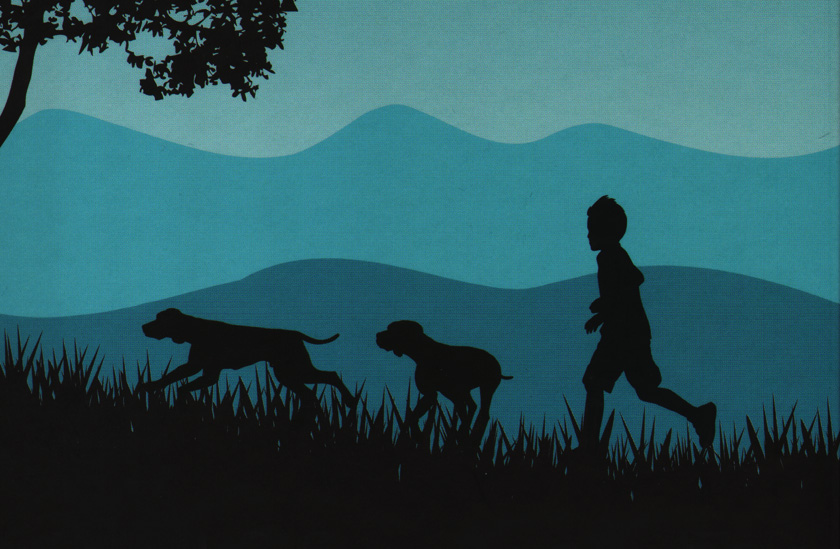 Over winter break, I read Where the Red Fern Grows, a novel that is practically an autobiography of its author, Wilson Rawls. Rawls actually wrote five novels, but, embarrassed of his grammar and spelling mistakes, he burned the stories. His wife talked him into rewriting Where the Red Fern Grows, corrected the mistakes in the text, and submitted it to a publisher. The novel won international acclaim and was later made into a movie. 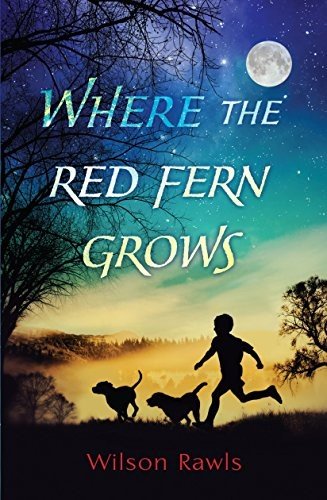 Where the Red Fern Grows [most recent English edition: Thorndike Press, 2018. ISBN 9781432850326] is the story of a ten-year-old country boy named Billy Colman, who lives with his parents in the forests and mountains, doesn’t attend school, and dreams desperately of having his own expensive hunting dogs called coon hounds. He won’t settle for any other kind of dog. But his parents say no, because they don’t have any money to spare and the required sum is entirely out of reach. So Billy decides to earn the money himself.

In two years, with almost no help from his father or grandfather, he earns fifty dollars. How does he do it?

Billy sells the crawfish he catches in the river with his bare hands. He uses a homemade net to fish for minnows to sell. He catches possums and skunks in his homemade traps, so he can sell their pelts. He sells fresh vegetables and corn for roasting to fishermen who pass through and gathers buckets of blackberries from prickly patches to sell to his Grandpa’s store. Focused on saving, Billy abandons all other projects and doesn’t take care of himself. He’s rail-thin, his clothing is torn and his hair overgrown. His hands and feet scratched up by the blackberry brambles. Sometimes Grandpa helps Billy sell his wares. His parents don’t interfere with Billy’s progress toward his goal. And two long years later, Billy finally earns the money he needs. His grandfather helps him contact the hunting dog breeder in the city. They agree that Billy will walk 200 miles to buy the dogs. Dirty and dressed in ragged clothes, Billy sets off for the city without telling his parents. He comes back home through the dangerous, mountain lion-ridden forest with his bag of pups, candy for his younger sisters, and some cloth for his mother.

Now Billy is truly happy. He names his pups Old Dan and Little Ann. He takes them out raccoon hunting, training them to overcome danger and teaching them about teamwork and the principle of “all for one and one for all.” Word of Billy’s hunting dogs travels far and wide. The boy sells more raccoon pelts than anyone else and takes first place in a hunting competition. Incredible for a child! How did that happen?

Billy was very hard-working. For example, when he was saving up for his pups, he picked blackberries every day to sell to the fisherman. Blackberry brambles are very prickly and his feet were all scratched up, but that didn’t stop him. Billy was very goal-oriented: he didn’t just dream—he did everything in his power to make his dream come true. I think it’s significant that Billy loved his dogs not because they helped him earn money, but just because they were there and, like him, were occupied with their favorite activity, hunting. Billy continued to love and train his dogs no matter what, even when they made mistakes. Old Dan and Little Ann were loyal and tried to do everything for Billy and protected him.

One day, that leads to tragedy. A mountain lion attacks Billy and his dogs in the forest. The dogs save Billy’s life, but lose their own.

The end is a sad and terrible one, even though selling raccoon pelts allows the Colmans to move to the city. Billy’s mother tells him that God sent the dogs so the family would earn some extra money, and the dogs’ tragic fate was meant to force Billy to move to the city and get the education he needs for success in his later life. Billy seems to calm down and accept what’s happened.

I really enjoyed the book. I found it interesting and captivating, but I do feel it’s sad and somehow wrong to sacrifice a life, even a dog’s life, to better other lives. But maybe that’s the truth of life—the truth we read in this book.