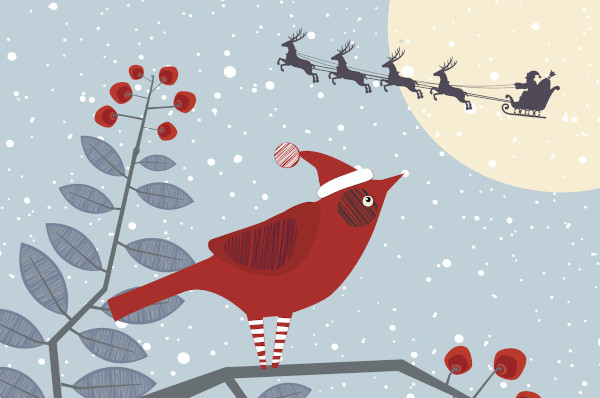 When you’re asked how Grandfather Frost manages to get presents to every child on New Year’s Eve, you might answer that, in other countries, that responsibility falls to other characters. Among them, of course, is Santa Claus, who rides a magic sleigh pulled by flying reindeer and despite some differences, bears more than a passing resemblance to our Grandfather Frost. Questions about the jolly holiday man are the perfect pretext to discover the tale of Santa Claus as told by the great American storyteller Frank L. Baum. 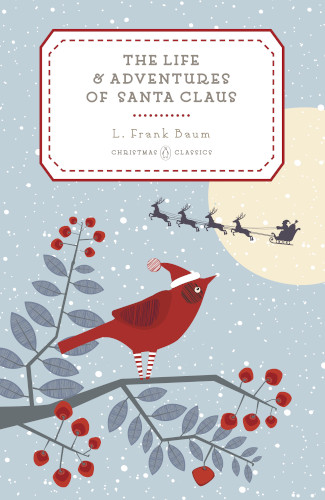 Santa Claus, Baum tells us, was first known as just Claus (a nickname for Neclaus). He was an ordinary child, born into a very poor family. When his parents couldn’t provide for him, they abandoned the helpless infant in the forest. Luckily, the forest was full of magical creatures who took the child in and helped him throughout his life. Claus grew up and became a master toymaker. For his kindness, generosity, and dedication, the magic creatures gave him the Mantle of Immortality, and ever since he brings children presents for Christmas.

The story of Santa Claus is quite different from Baum’s other works. There’s not even a hint of that ironic style, rich with expressive detail, that characterizes the Oz epic or the fairy tales anthologized in The Laughing Hippopotamus. No complex connotations here. No ambiguous symbols. The narrator’s primary goal is to anticipate a child’s most urgent questions. Where does Santa Claus come from? Why is he called that? Why does he use reindeer to get around? Why does he come into the house through the chimney? Why does he deliver presents for Christmas of all holidays? How does he know whom to get what? Why are we supposed to hang stockings on the mantle? And how does Santa Claus get around to all the kids in one night?

The Life and Adventures of Santa Claus [one of the recent editions: Penguin Classics, 2015. ISBN 9780143128533] is an incredibly detailed mythology built around a character that children already know and love. With this book, a child might experience something akin to hearing stories about their parents from before she was born—a dear, familiar figure fills out with new stories, new “volume.”

The Life and Adventures of Santa Claus was written nearly 120 years ago, but L. Frank Baum foresaw many of the plot twists and symbols of future fantasy novels. Take the Forest of Burzee, inhabited by immortal Fairies, Nymphs, Ryls, and Knooks. Or this characterization: Ak is the Master Woodsman of the world; he sees everything, and knows more than the sons of men. There are the Awgwas, the bearers of evil, neither mortal nor immortal, and with whom Ak and his immortal army go to war with to save Claus. That stand-off is aptly referred to as “the Great Battle Between Good and Evil.” Fighting alongside the Awgwas are three-eyed Giants, Goozzle-Goblins, and firebreathing Dragons.

To be fair, the final battle scene of Life and Adventures is subtly written, with no grand scale or bloody specifics. And while the showdown between Good and Evil is dramatic, it’s just one episode among many others. Most of the book is devoted to the peaceful life of the mythical toymaker and practically soothing descriptions of how he comes up with toys and ways to deliver them. All of these events are presented in the logic of fairness as children understand it.

The same is true of Baum’s treatment of life’s inevitable end: Everything perishes except the world itself and its keepers," answered Ak. "But while life lasts everything on earth has its use. The wise seek ways to be helpful to the world, for the helpful ones are sure to live again." Much of this Claus failed to understand fully, but a longing seized him to become helpful to his fellows.

In his research, which includes L. Frank Baum, the Soviet and Ukrainian literary scholar Miron Petrovsky noted the great American writer’s commitment to Kant’s ethic and its slightly ironic interpretation of works destined for children. Claus, even before becoming Santa, fully devotes himself to a life of selfless service to children. It’s a conscious choice, which he never allowed himself to back out from (unless we count the story told in Phyllis McGinley’s apocryphal picture book–a tale in verse that tells of a Santa who decides one year that he’s too tired to give children presents, but then changes his mind.)

The story unambiguously teaches a child to “be good,” in accordance with an ethical code. In L. Frank Baum’s reading, Claus is a model of moral behavior. He’s a character that elicits warm feelings with his unconditional goodness. For a modern child, it’s just as important that Claus be true to his word as it was to children over a hundred years ago. Over the holidays, his dependability inspires all potential givers, including parents, and serves as guarantee of fairness toward children. Today’s kids will easily see themselves in the place of the children receiving Santa’s gifts in the story and will gladly entertain the possibility of receiving a gift of their own from Santa (if not for Christmas, then maybe New Year–what if Grandfather Frost gets held up?).

L. Frank Baum’s epic about the Land of Oz encountered a strange fate in Russia. Its place was taken by Alexander Volkov’s The Wizard of the Emerald City, a retelling of Baum’s original tale. It was only during perestroika that many learned that this book, beloved by children of the sixties and seventies, was an adaptation—a talented retelling, but a retelling nonetheless.

Santa’s place within the children’s subculture of the United States is also occupied in Russia with our Grandfather Frost (a figure and story that, funnily enough, were also influenced by Santa Claus). But a fit of patriotism or desire to be “faithful to tradition” should by no means imply a rejection of Santa Claus.

Whether Grandfather Frost does or doesn’t or doesn’t exist, Santa Claus certainly does, at least as the protagonist of this highly-entertaining fairy tale.

L. Frank Baum’s The Life and Adventures of Santa Claus joins the ranks of classics like The Snow Queen and The Nutcracker to make for a lovely season full of winter-holiday reading.