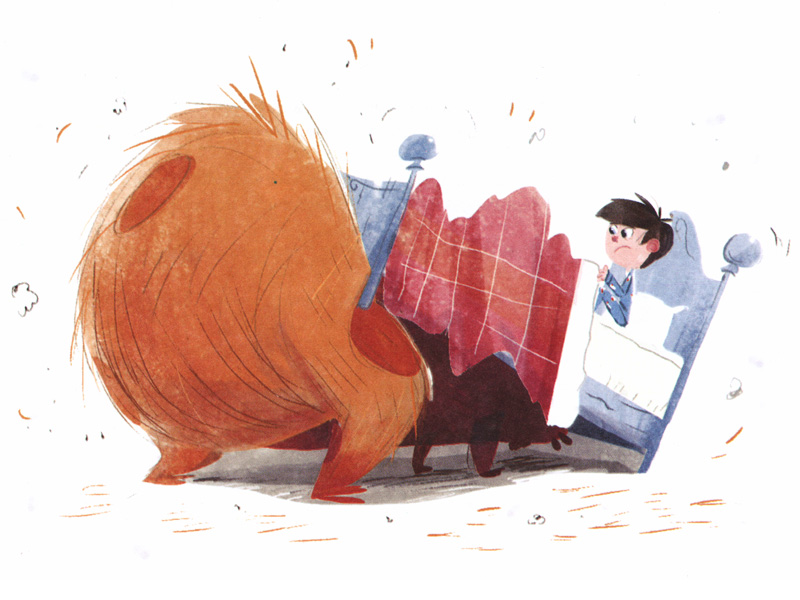 When I was little, I couldn’t wait to be older. And now I sometimes get sad when I realize I don’t believe in Santa Claus or the Easter Bunny anymore. I know how the story ends for Cinderella and Little Red Riding Hood. I can’t proudly announce that I’m not afraid to get up at night and walk all the way to the bathroom without my mom or even my teddy bear. I can’t admit that I’m happy to join in when my four-year-old brother Sergei plays with cars or dinosaurs…. A huge block tower rises upward, a little gold steam engine chugs along on the railroad, whistling loudly, the lights come on in the dollhouse, and the Lego people head off to work. To be fair, at a certain point, Sergei realizes I’m playing by myself rather than with him and yells: “Mom! She’s playing with my toys again!”

Things are different when it comes to books. That’s the only thing he doesn’t mind sharing. For Sergei, reading is always a shared activity, even if he’s just “reading” the pictures. If we already know the story, I’ll condense the text in places and Sergei gets mad and corrects me. So I prefer reading new books with him. No matter how much I try to convince him, and myself, that I’ve outgrown big picture books, I’m mesmerized by the colorful illustrations and love listening to his questions and commentary. That’s how it was with Under-the-Bed Fred [a recent English edition: Dover Publications, 2019. ISBN 9780486837499] by Linda Bailey. When I saw Sergei toting what looked like a baby book, I made a face. But as soon as I read the title, I was sold. 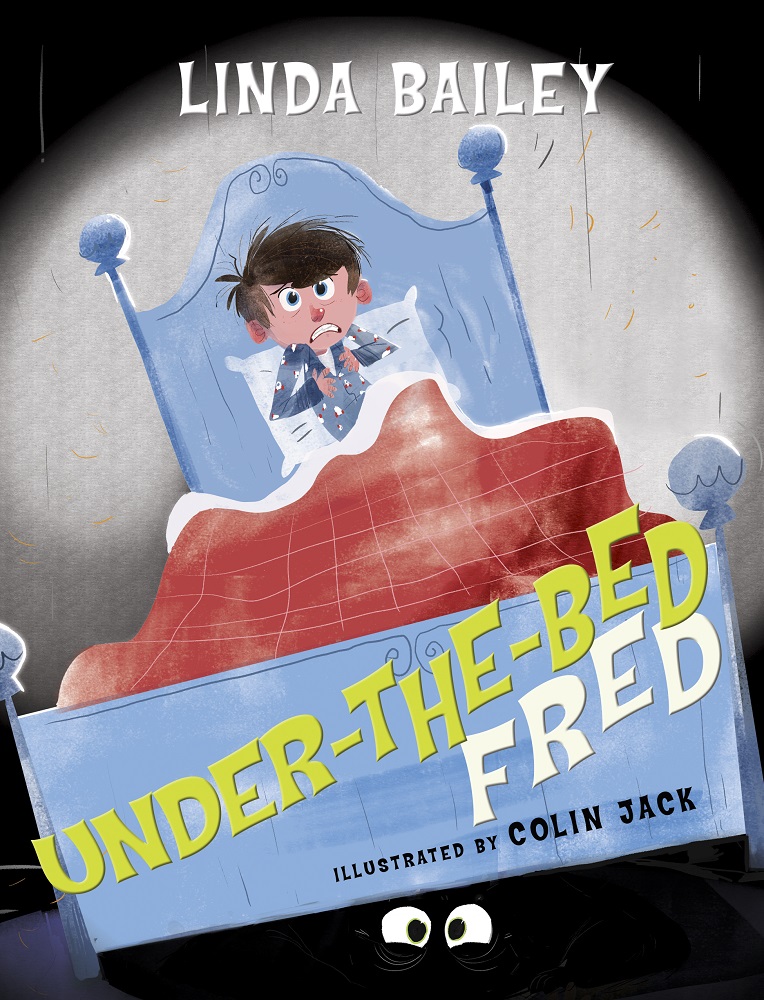 There’s a terrifying monster under Leo’s bed and if you’re not careful, it might just grab your ankle. The boy is convinced he needs to lie very still in bed. But one night he “really really [has] to go” and he decides to make a run for it, even though he’ll have to confront the monster. Rather unexpectedly, the monster suggests they go to the bathroom together. That’s how they get to know each other. Leo is pleasantly surprised that no one’s grabbing him, and even ventures a joke, telling his monster to “sleep tight and don’t let the bedbugs bite.” Turns out, monsters can be afraid too! Eventually, curiosity gets the better of Leo—he learns where the monster came from and even dares to take a look at him.

Sergei isn’t even scared. He giggles when the monster growls and roars, and cracks up when Leo’s bed rocks. What surprises him most is that Leo decides to name the monster and calls him Fred. Leo and Fred take turns scaring each other. Scaring is a monster’s job, but for Leo it’s just fun. Sergei also loves to have fun, so I put on a deep voice to say “Don’t let the bed bugs bite.” We laugh together.

The real monster, as it turns out, isn’t Fred, but Sam, a boy who comes over to play. He breaks Leo’s toys and pours juice in his sneaker. That’s when Leo decides to throw the other sneaker under the bed, so the monster can take care of Sam. Fred does a masterful job and Sam flies out of the room, apologizing for everything on his way out. Fred and Leo become true friends. The monster even comes along with Leo for “Show and Tell.” That’s when Fred really gets to show off his chops.

Sergei laughs, and I’m feeling good. He likes books about boys, because he wants to be brave like Leo. And I know there’s no one under my bed, though I sometimes almost wish there were...don’t you?

Eva Biryukova, 14
Translated from the Russian by Alisa Cherkasova
This article was originally published in 2018