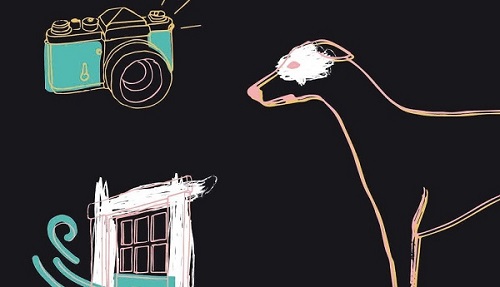 A person’s life can change dramatically from a single thought. This undetected thought can slowly sneak into your head, filling your mind and seizing control of your entire body, from the tips of your fingers to your shoulder blades. “What if?” And just like that, David Case decides to change his name, buy new clothes, and adopt an imaginary dog. And even though the external changes that David experiences are certainly important, the internal changes are even more significant. Now, he’s always expecting something bad from the world. He teeters on the starting line, ready to take off running at a moment’s notice, as if he’s being hunted. Eventually, he loses control over this “game of camouflage,” and his life changes in ways he neither planned nor predicted: New friends, new interests, new surroundings… But let’s take a step back and return to the beginning. What thought set such a huge wave in motion? What thought completely changed this person? What made the protagonist in Meg Rossoff’s novel change his name to Justin Case? [Just in Case. Most recent English edition: Wendy Lamb Books, 2009. ISBN: 9780385746786] 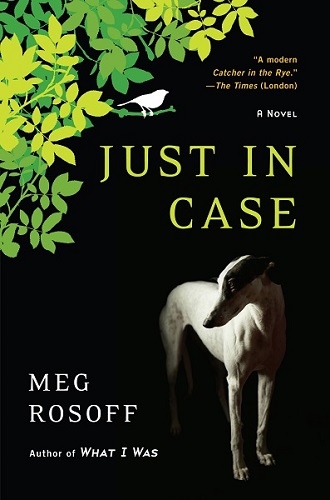 It all started when Charlie, David Case’s younger brother, stood on the windowsill and heard a blackbird that was flying by ask him, “Why not fly?” It was an intriguing question, especially coming from a talking bird, and it inspired Charlie to try. Charlie was about to leap out of the window when his older brother turned his head and witnessed the scene just moments before catastrophe. David quickly realized what he needed to do and managed to catch his younger brother by the cape of his superhero-themed pajamas. Everything seemed to have turned out alright: Charlie was rescued and totally unharmed. But for David, this was only the beginning of the story. The fuse had been lit and a bomb was quietly ticking inside his head, waiting to explode.

Thousands of catastrophes, terrorist attacks, natural disasters, unforeseen circumstances, and horrible accidents take place in the world. How could anyone possibly live in peace when your life could unexpectedly end in as little as two seconds? Who comes up with all these disastrous scenarios? Who decides when a man falls into a pit and when he gets to walk by unscathed? Who is responsible for the tragedies that impact people so suddenly?

“Allow me to introduce myself. My name is Kismet. Turkish, from Persian qismat, from Arabic qisma, lot, from qasama, to divide, allot. SYN: Chance. Providence. Destiny. Luck.

I’m the one with my finger on the scale, the bullet, the brakes. The one who chooses which sperm, which egg, who lives, who dies.”

David Case understands that fate is hunting him and that he has been chosen as its victim. He believes himself to be completely doomed. The only way out - the only way to save himself - is to wear a mask, to change until he’s unrecognizable, to hide.

You could find a very simple explanation for all of this—maybe the protagonist simply lost his mind, unable to bear the pressure of a severe emotional shock. But I believe one of the extraordinary features of this novel is that we’re placed in Justin’s shoes and we even begin to believe him. It’s important to remember that we’re in a fictional universe where fate isn’t just an abstract concept. Fate has its own voice, it speaks to us, and we hear it laughing at the puny, miserable little human trying to escape it. We get to watch this story unfold not only from Justin’s perspective, but also from the otherworldly perspective of Fate itself. It speaks to us and periodically prophecies that something terrible is about to happen. Because of this, we’re given the misleading sense that we know more than the protagonists of this book. In some ways, this is similar to a children’s play in which the villain shares his plans with the young audience and the children cry out from their seats, “Don’t go there! That’s where the big bad wolf is!” Except we know that the “big bad wolf” could turn up anywhere, and this creates even more excitement and suspense.

No I don’t. I really don’t give a damn about him.

I could run him down with a taxi. Give him a wasting disease.

Or worse, ignore him altogether. Let him live out his irrelevant little life in Luton with a dreary doting wife, two point four gormless children, and a ticking bomb for a heart.

But I do like a game now and again. And he plays so nicely.”

This book is filled with various fascinating themes that I could discuss for a very long time. But unfortunately, or maybe fortunately, I couldn’t fit them all into one essay. I really loved the unusual structure of this book: A character who communicates with the reader and influences the plot? Could that be the author herself? Who knows... The tension in this book absolutely paralyzed me, magically forcing me to read it without being able to tear myself away.

“The view is fine from here. I can look down across the world and see everything.

For instance, I can see you.”