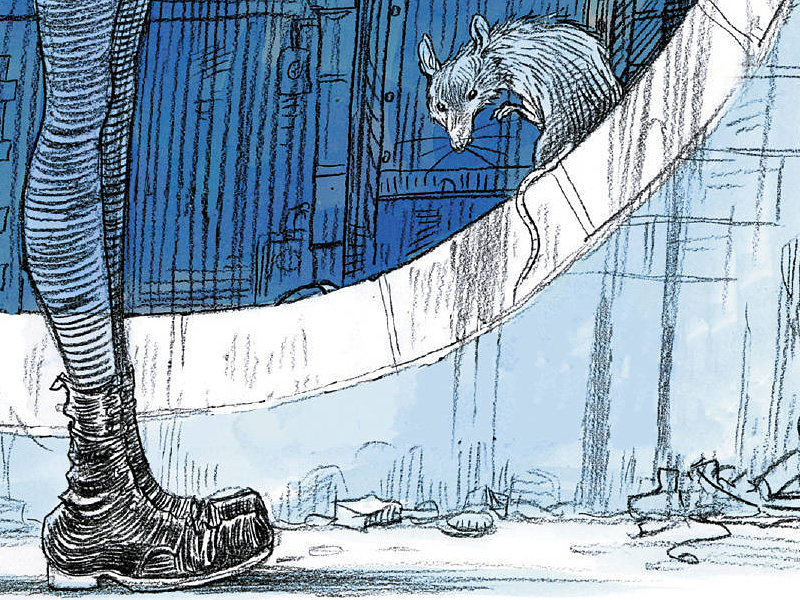 A lot of my friends think that reading fantasy is a waste of time, and that people who like the genre are lazy or can’t be trusted. But I think there’s a huge difference between fantasies and lies. Little kids often imagine that their parents are secret agents, or wizards that can fly. Those aren’t lies, right? It’s harmless to make things up, while the same can’t be said for actual lying. Anyone can daydream, but not everyone believes “dumb stories” are worth their time. I, for one, think that reading books with elements of fantasy pushes me to look within and think deeper about my life. 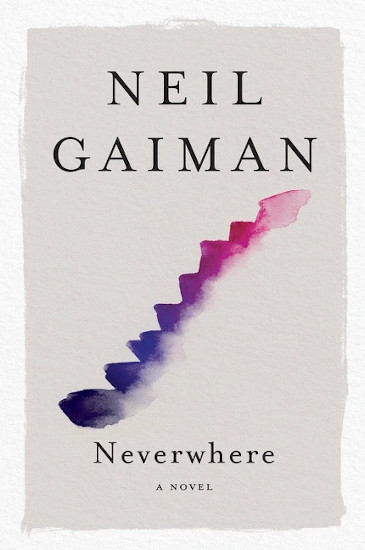 Neverwhere by Neil Gaiman [most recent English edition: William Morrow Paperbacks, 2021. ISBN 9780063070721] pulls you in from the very first pages and whisks you away to far-off rainy London. I’ve never been to England, so I found it very interesting to read about the people, their characters and customs, and the funny situations they find themselves in. The London of the book is fascinating and lovely, but it’s only like that above ground. Underground, in “London Below,” people live among the water pipes. They’re the ones society has left by the wayside—people who are homeless or destitute, those who are mad at the world or have decided to leave it behind. Besides these human residents of underground London, there are also goblins, nasty, cruel creatures that eat rats and love the particular delicacy of human meat.

So what happens when Richard, a regular man from London Above, finds himself in this world? The rules of the genre dictate that the lives of the protagonists should be turned upside down. The characters that initially touch readers’ hearts and inspire sympathy could well become antiheroes.

A girl with the strange name of “Door” has lost her family, but she has an unusual superpower: she can unlock any door just by touching it. She wants to know who killed her family and why, and she’s looking for answers. Richard will help her on this quest, especially since he needs to somehow find his way back to his familiar London Above, which he can’t easily do on his own. Our protagonists will need keys to free a trapped angel who promises to help his saviors and make their wishes come true. But you can’t just get those keys with the magic word “please,” or even a childish “give me that!” You have to pass through a terrible trial set by the monks who hold the keys. In the course of this trial, Richard will need to answer a question from his own subconscious: does he really need this life or is it easier to board a train car filled with corpses and disappear from the world of the living? Richard gives the only right answer and he and Door get their keys. But will the fallen angel keep his promise? Or will he turn out to be the antihero, after all?

You could say Neverwhere has a “happy” ending, because when it’s time to close the book, you feel a lightness, as though the author’s warm hand has touched your heart, leaving a mark there. The book introduces us to some of the most unusual and unpredictable plot twists (I often had the sense I was at an amusement park, riding a crazy train with steep rises and sharp falls). It’s a must-read for those looking for incredible magical adventures, thrills, and unforgettable impressions. Those who turn up their noses at “fantasy” and decide not to read the book will miss out on a good deal of surprises, delights, smiles, silent shudders, and warm, fuzzy feelings. That is to say, they’ll miss out on a lot.