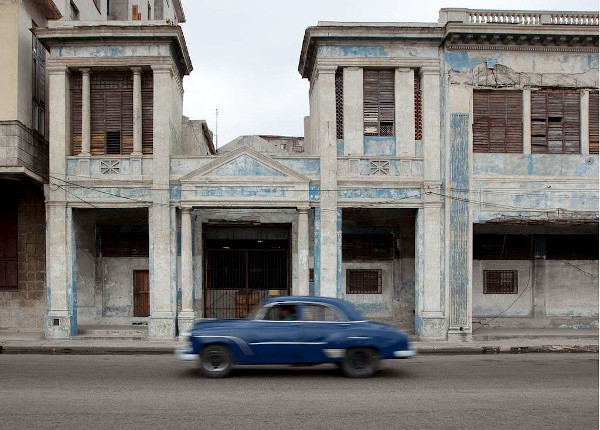 It’s a funny thing: before you even open the book, just by reading its title, you realize there’s something off about the phrase “everyone leaves”. The “everyone” isn’t an all-encompassing unit—instead, there’s a clear implication: everyone leaves, but I don’t. 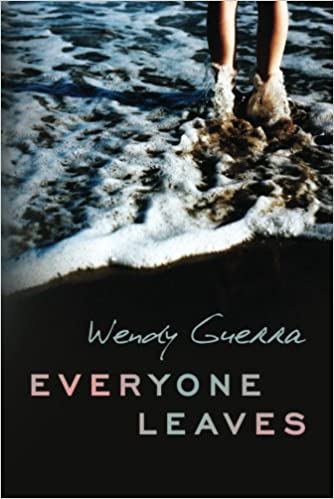 Nieve, whose name is Spanish for “snow,” is the heroine of Everyone Leaves [translated into English by Achy Obejas, published by AmazonCrossing in 2012. ISBN 9781612184333]. Born in 1970s Cuba, in the city of Cienfuegos, she lives there until age nine with her mother and stepfather, just like the author of the book, Wendy Guerra, who shares her protagonist’s last name. From the brief bio at the end of the book, you learn that this is no coincidence: Wendy Guerra’s first novel is based on her diaries. Her protagonist’s childhood and youth, just like those of the novelist, pass under Communist rule, marking her fate.

The first part is told from the perspective of Nieve as a little girl. Nieve’s mother, a former artist, is very sensitive and trembles at the slightest noise. Nieve must comfort her when she unexpectedly bursts into tears. Still, her mother holds a clear position on social issues: for example, she considers the campaign against those leaving Cuba (traitors and scum, according to the party) unacceptable. She believes that true artists cannot sell out and people must fight against racism. Ultimately, she does have to compromise on some of her principles, since she works at the public radio, which produces Communist propaganda.

Everything changes for nine-year-old Nieve when her father, through connections, is able to claim custody and take her from her mother and stepfather. Now she lives with her father’s theatre troupe. Her father beats her, forgets to feed her or take her to school, and, of course, forbids her from telling anyone about it.

Back when Nieve lived with her mother, she would marvel at how the whirlpool in the ocean laguna near their home never ceased spinning. Now she’s found herself in just such an endless whirlpool of misfortune. Since her father knows how to beat her without leaving bruises, Nieve hits herself against the pipes in the gym and then shows the marks in court as proof of his abuse. But it’s the reeducation school, not her mother, that takes her away from her father, and Nieve will long resent her mother for her inaction.

After the reeducation school, Nieve’s relationship with her mother will never be as trusting as before. At school, she has to come up with bright slogans for political holidays, using pre-approved phrases, attend gatherings against those who are leaving Cuba, even when that includes her mother’s closest friends, and part with friends she knows she will never see again. All of Nieve’s childhood consists of forced partings and lies. In the end, all she wants is not to be bothered or asked questions—she doesn’t want to stand out.

The second part takes place six years later, with the young woman now attending the same art school her mother once did. Nieve writes about the difference in generations—her generation is not as united as that of the sixties. All that’s left is an artificial sameness. A silent war springs up among the youth in Habana—you have to be accepted, be in a group, have some authority, or you’ll be excluded.

Nieve’s only refuge is art school, seemingly frozen in time since her mother’s days. While in military training camp, Nieve brings a banned book into the dorm and gives it to her roommate, who turns out to be the author’s granddaughter. After endless marching, Nieve listens to music on a radio, which is also not allowed to be brought into the camp. Along with some friends, she tries to get out of trouble and escape punishment.

One friend of hers, Alan, has views much like her mother, which pushes Nieve away. Nieve the snow girl will always be lonely—even if she meets someone with similar values, their past and their experience will still be at odds.

Nieve does try to evade loneliness, which reminds her of a painful childhood. She chooses a path different from her mother’s and gets close with a group of artists living in relative material wealth and selling paintings. Her mother and Alan harshly criticize her new boyfriend Oswaldo, a well-known artist in the 1980s, for his “low” understanding of art, his mixing art with money. Oswaldo is sympathetic to Nieve and her difficult childhood. But he forbids her from writing her diary, as her father once did, and, like her father, seeks to control her thoughts, have her dissolve in him. She goes along with this, as though she no longer expects that she will ever be treated normally.

But everyone leaves. One after another. Financially secure, successful artists leave in pursuit of greater things—-some to Miami, some to Paris. Oswaldo, too, leaves Cuba. For a while, he writes Nieve and calls her, but then she sees him on the news, talking about his French bride-to-be.

Others, like Antonio, Nieve’s new friend, retreat into themselves and disappear, leaving only a letter saying goodbye. Antonio may have been the only one genuinely interested in Nieve’s diary, not out of fear of looking bad in its pages. He’d read it all and told her to keep writing. Now, he, too, has left her—yet another, now familiar, parting.

Nieve’s story consists of circumstances typical for many Cubans at that time. Not everyone had an abusive father, a reeducation school, or the experience of being an outsider, but almost everyone is forced to let go of what they believe, burrowing deeper into lies, joining teenage “gangs,” participating in political protests, hiding from truth in richness or authority, hiding from everyone or leaving the country. Everyone knows what he or she is, but each hides it so thoroughly from the other, that they all seem like cardboard cut-outs without experience or values. These outer layers of people interact with the outside world and even try to teach others how to let go of that husk, while the inner self remains desperately alone.

The lonelinessof the true self in a magical place in a terrible time, the quest for freedom, the lies meant to defend what humanity there is left, parting, acceptance, and, ultimately, the way back to oneself—that is what this book is about. Everyone leaves—in hopes of reaching themselves.