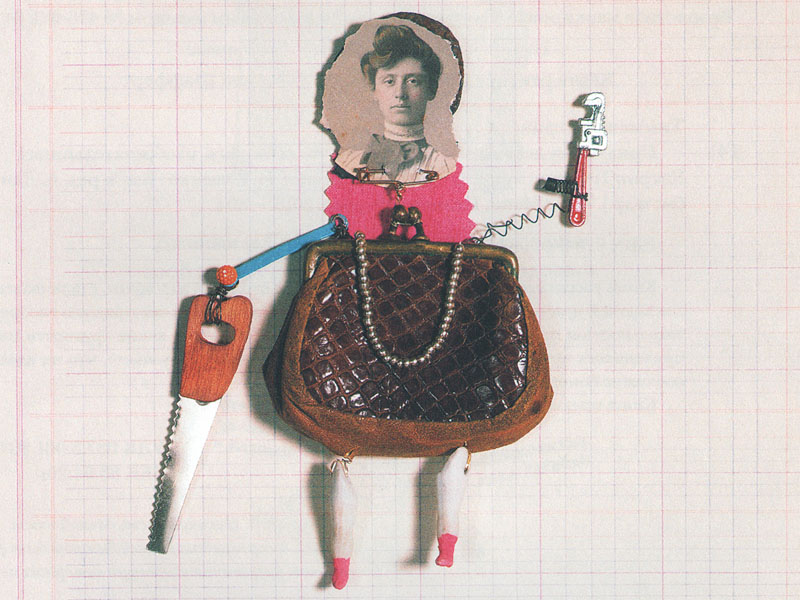 For some reason, girls are a whole lot less likely than boys to get a construction set as a gift. And I think it’s too bad. Children, regardless of gender, are gifted from birth with inventiveness and fantasy, and that can fade with time. Not all girls—or boys, for that matter—will while away afternoons tinkering in Dad’s garage. But it turns out windshield wipers were invented by just such a girl, once she grew up. Girls also invented lightweight fiber for bulletproof vests, signal flares, fire escapes, antiviral drugs, disposable diapers, and so much more. The youngest female inventor was just eleven years old. So our daughters, too, might very well invent something. Especially if they come upon inspiring people—or books, like Girls Think of Everything [most recent English edition: HMH Books for Young Readers, 2018. ISBN  9781328772534] by Catherine Thimmesh. 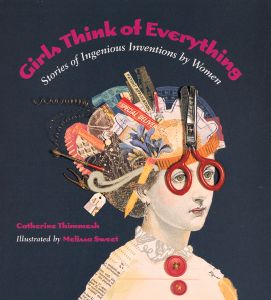 Here, young readers shouldn’t expect to find Marie Curie, Sofya Kovalevskaya, or other world-famous female scientists. Instead, they’ll meet Bette Nesmith Graham, who, while retyping yet another stack of papers on a typewriter one day, invented liquid correction fluid. They’ll meet Ruth Wakefield, who, as she rushed to finish things at the inn she ran, forgot to melt the chocolate for a cookie recipe, and baked the dough with the chocolate chunks intact—inventing delicious chocolate chip cookies in the process. Readers will marvel at the ingenuity of Becky Schroeder and her dad, who not only presented glow-in-the-dark paper to fellow Americans, but were able to build a profitable family business from its sale. Perhaps the only “celebrity” in the book is Dr. Virginia Apgar, who came up with the Newborn Scoring System used in hospitals all over the world.

In a way, it’s good that the book doesn’t feature any big names. That way readers don’t think: “Well, of course, those are great people, I could never…” These short life stories of ordinary women and girls show their personal paths to self-realizing and achieving their dreams—exactly what many children so need to see. Adults, too, for that matter. We often fall into the habit of living according to others’ well-intentioned ideas, usually because we lack faith in our own abilities and are afraid to be ourselves. Catherine Thimmesh’s book is an antidote to that. Even a very timid child will learn that searching, testing, making mistakes, and finally succeeding at bringing an idea to life is a fun and totally normal process. It’s funny—the book is meant to be a historical tour of women’s inventiveness, starting with 3000 B.C, and there’s even a chronological chart of inventions on the last page, as in a reference book or encyclopedia. But the book can also be used as a sort of “recipe book” for addressing the inner problems of a growing child. This doesn’t detract in the least from the book’s educational value. Almost each story tells us a bit about the historical era of the featured inventor, and everyday life for ordinary people in their time, which is always interesting to read about.

"At first people refuse to believe that a strange new thing can be done, then they begin to hope it can be done, then they see it can be done—then it is done and all the world wonders why it was not done centuries ago.” These are the words of Francis Hodgson Burnett, author of classics including The Little Princess and The Secret Garden. Her characters are always inventing something, especially when they find themselves in difficult situations. Catherine Thimmesh uses Burnett’s words as a sort of epigraph, since she too believes that neither gender, country of origin, historical era, or social status can stop a person in her need and desire to change her own life and the world around her. You don’t need anything special to do so, whether that’s a state-of-the-art lab, or even generous financial support, Thimmesh claims. You just need a bit of courage, imagination, a sense of humor, patience and (ideally!) the support of people around you in order to work, step by step, toward achieving your goal. To be honest, I’m very glad that this short and brightly illustrated book became an instant favorite with my children.