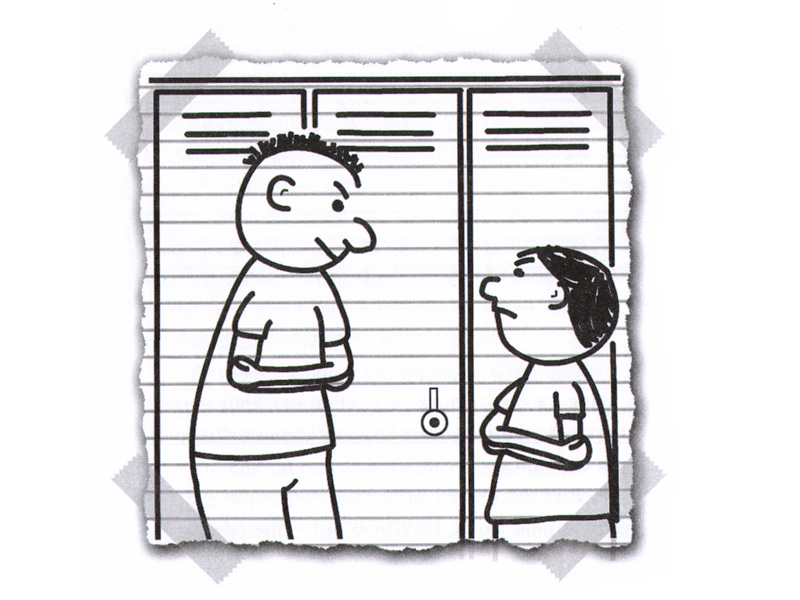 There’s this condition called “Minecraft.” For the uninitiated, Minecraft is a computer game which gives the player control over a three-dimensional world built entirely from cube-shaped blocks. These blocks can be freely rearranged into ever more complex structures (in this sense, the game is reminiscent of Lego blocks). Minecraft doesn’t present any clear end goal, but rather allows for a wide range of possibilities and activities, so that the player can explore the world, construct various structures and objects, and engage in combat with other users.

Minecraft typically afflicts children over seven. Symptoms include an acute need to use the computer, constant talk of “mobs,” “zombies,” “noobs,” “creepers,” and “teleporting,” a split personality (the sufferers tend to call themselves Steve or Alex), a change in gait (swinging straight arms with each step, hands balled into fists, knees practically unbending). A simple “how are you?”, asked of a child infected with the Minecraft virus, will yield something like: “I got a diamond sword, spawned into a new world and fried a mooshroom cow with a Fire Aspect weapon.” There is no known cure. Minecraft either passes on its own, or develops into a chronic condition.

Matvey caught the Minecraft bug two years ago. No matter what I tried to do: limit, forbid, threaten, flatter, or distract him, set conditions (“first clean up, then…”)—it was all in vain. One way or the other, the kid would go right back to his boxy world, and all our communication came down to where he would next “spawn” and how cool it would be.

With time I started to pick up on more of my son’s new slang and even to understand some of what he was saying. But as a mom, I was still concerned about the fact that my son preferred the computer to books.

That’s when I found them—Minecraft books. No, not instructions on how to play or cheat codes or anything like that. Real fictional works! With a plot!

Turns out, there were quite a few such books. The Wimpy Steve Published in English by Modern Muse Press and as Kindle editions.  series is perfect for Minecraft-maniacs and their tortured parents. Need I say that I bought up all I could get my hands on!?

I’m generally accepting of any reading material—be it comics, magazines, or books like these based on games or cartoons. I think what matters most is the process. Adults choose books for themselves, based on their interests, right? So why should we limit our children to books exclusively from the summer reading list? I, for one, am happy to mix it up with a Tom and Jerry comic, or strategically place a Wimpy Steve book by the keyboard.

The response exceeded all my expectations. Matvey went for the books, didn’t even know where to begin, whether he was going to read first or look at all the pictures, laugh or cry.

“That’s right,” I said, a bit hesitant and still not quite clear on the difference between Steve and the Zombie Pigman. As far as I could see, it was all equally boxy.

However once we started reading the books together (which, to be honest, took up more time and more effectively distracted the kid than cleaning ever could), I learned that Minecraft is more than an addicting computer game. It was, as it turned out, educational. Matvey was learning English while he played, and even some basic programming. He would translate some of the words from the book into English as we read, because he remembered the words from the game.

“I know what ‘bow’ means. And ‘bug,’ and ‘cake.’ ‘Craft’ means creating something, Mom. Like building something on your own, the way I make the houses here, with ‘blocks.’”

And so on and so forth. Despite the fact that the books were probably best suited for beginners (read “noobs”), rather than “pros” or professionals (which is how Matvey identified), they were still very useful.

This story of how a real boy ends up in a computer game, learns all the rules, tries to survive by running from zombies and dreaming of “cookies” (yet another English word learned!), always ends with the main character finding an entrance into a new world. He travels from one world to the next, figuring out how to get food, hide from enemies, train his dog, and deal with Killer Bunnies.

Since Matvey and I took turns reading aloud (he read one night and I read the next), I learned, along with the main character, of friendly and hostile mobs (which Matvey listed for me right away), learned to build a weapon, mine, bake cakes, and lots of other things!

The books also had activity pages, where Matvey would complete sketches of the characters (as far as his artistic skills allowed), and write in his own ideas of how to save villagers from zombies.

I thought the “good news and bad news” at the end of each chapter were another major plus. “Good news: I have food. Bad news: it’s carrots.” This reminded me of a book I’d read with advice on how to be happy. One of the assignments was to devote some time each evening to remembering what was good and bad from each day.

Funny thing, but after Wimpy Steve, Matvey started summing everything up in his style. Good news: I played Minecraft today. Bad news: it was just fifteen minutes.

Good news: Mom will read to me before bed. Bad news: we’ve run out of Minecraft books.

Unfortunately we still don’t know if the boy ever made it out of Minecraft, since we don’t have all the books in the series yet.

But as a parent, I am calmer for having learned more about the Minecraft bug which had taken over my child. I realized it wasn’t as dangerous as it seemed. Meanwhile, Matvey turned his attention from the screen to the written page. He still plays, but he’s not glued to the computer—it’s like he’s in Minecraft, but also not….

I think we can be proud of these little parenting victories.