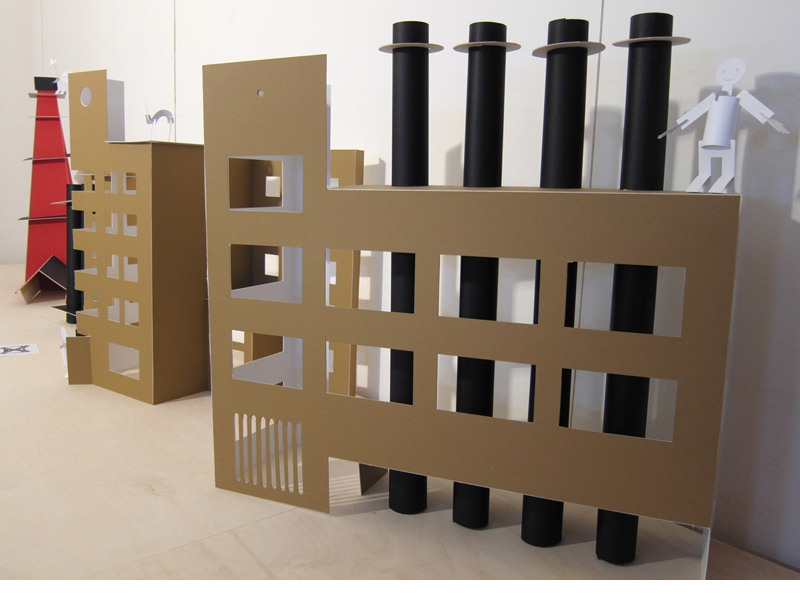 Children’s books have a rich history. Views on the children’s book and its role in a child’s life have changed in accordance with the ideological, technological, and historical processes within society. The Soviet children’s book of the 1920s and 30s in particular is the subject of close research by Mikhail Karasik, a well-known artist from St. Petersburg. The do-it-yourself books discussed in this article are a sort of Soviet “outer space” that we were first to discover and pioneer. 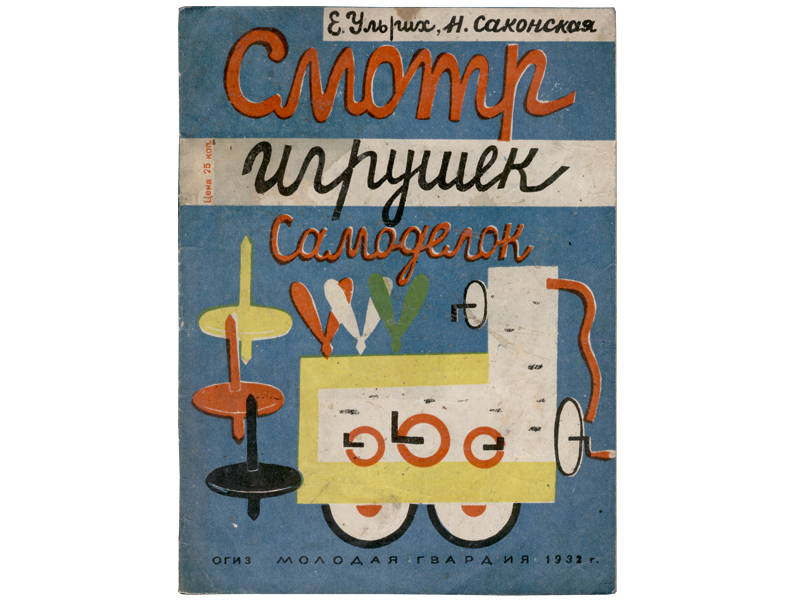 We generally speak of two main types of children’s books: picture books for little ones and text-based books with illustrations for older children. But the term “picture book” doesn’t quite reflect the diversity of editions where illustrations take center stage and the text consists of little more than a caption or short poem.

A new movement emerged in publishing at the end of the 1920s—that of the do-it-yourself book. The label “do-it-yourselfs” was printed on the cover of such books along with the title and name of the author. Besides do-it-yourself books, picture books in the Soviet Union included puzzle books, interactive books, and coloring books. In the years of the first Five-year Plans, about one hundred such books were printed, not counting the activity sections in children’s periodicals.

The true heyday of do-it-yourself books was in the late 1920s and early 30s, when domestic industry grew by leaps and bounds. A future generation of builders of Socialism was supposed to join the great national project—and the first step was to learn through play. Children’s book publishers were faced with a new challenge—that of introducing their young readers to modern technology, production, and professions. Books not only told little ones about the manufacturing process, they also suggested that they make their own toy factories, cars, and products. Titles from this period speak for themselves: Children’s Car Plant (Detmashstroi), Conveyor Belt (Konveyer), Let’s Build Engines (Stroim dvigateli), Our Workshop (Nash tsekh) and Wood Chips, Rubber Bands, and Tin (Tschepki, rezinki, zhest’).

Such books encouraged children to make toys from paper, cork, matchboxes, wood, metal, and other materials. These do-it-yourself projects would become the subject of other children’s books, poems, and stories in their own right. Examples include Review of Toy Do-It-Yourselfs (Smotr igrushek-samodelok) by Elena Ulrikh and Nina Saksonskaya, illustrated by Maria Siniakova, as well as Do-It-Yourselfs (Samodelki) and Potato (Kartoshka) by Yakov Meksin with illustrations by Konstantin Kuznetsov and others.

Around this same time, publishers put out numerous cut-out books, coloring books with texts about color and optics, and how-to books about engraving and screen printing, as well as whole series of optical puzzles with see-through colored filters enclosed in the pages. There was a series of books with optical puzzles illustrated by Elizaveta Dorfman and Boris Tatarnikov which came out in the Moscow periodical “Gosizdat.” Kultura publishers in Kiev came out with a selection of optical puzzles with illustrations by Leonid Hamburger. Many editions of that period, including do-it-yourself books, educate readers about the work of a book illustrator and book printing as a whole. Among these were Cut and Print (Vyrezai, pechatai) by Alexander Abramov with illustrations by Konstantin Kuznetsov, I’m a Printer (Ya pechatnik) by Ekaterina Zonnenshtral and Konstantin Kuznetsov, and Stencils (Trafarety) by Alexander Gromov.

A business-like attitude toward this new book genre, which aimed to give children an “industrial education,” required a similarly rational approach to the book’s materials. By the beginning of the 1930s, serial books with identical formatting and design started to take the place of individual editions. This compact format, familiar to children from school notebooks and notepads, prevailed. This made it possible to print books on scraps of paper or single sheets.

In the formal graphic language of the do-it-yourself books, the ideas of constructivism, one of the new artistic movements of that time, shone through. Between the years 1929 and 1930, a whole series of cut-out puzzles was published. Its author was Alexander Gromov, an artist with a more traditional style. Horizontally elongated in the style of small notepads, the books Puzzle. Home (Golovolomka. Dom), Puzzle. Factory (Golovolomka. Zavod), Puzzle. Steam Engine (Golovolomka. Parovoz), Puzzle. Indian (Golovolomka. Indeets), and others continued in the tradition of the unpublished do-it-yourself book Do-It-Yourself Animals (Samozveri) by Alexander Rodchenko and Varvara Stepanova. The young reader was supposed to cut along the lines to produce paper crafts to play with.

Nowadays, the bold slogans of writers and teachers (who shaped editorial policies of the time) appear as a sort of oddity when set against the clear and functional graphics of the toy machines and factories. Meanwhile, the ideas of a surge in mass polytechnical education, “the crucial political challenge” of the first Five-year Plan, essentially swept up children’s books. There was a sudden nationwide shift from a humanities-based education to a technical one, and in children’s literature, from the fairytale to the specialized description, from the illustration to a blueprint and chart. The new books no longer featured a carpenter’s plane, a stool, or a lamp (that is, concrete things or instruments) as in the 1920s, but rather modern machines, or the factory where all those things were produced. Teaching a child to make a particular object (as in the earlier books How the Plane Made the Plane (Kak rubanok sdelal rubanok) by Vladimir Lebedev, The Axe (Topor) by Aleksei Pakhomov, and The Table (Stol) by Evgenia Evenbakh) was not the aim; rather it was to play at manufacturing.

Alexander Abramov, author of Spinner (Vertuskha) and Conveyor Belt (Konveyer), followed the story of the automobile assembly line with a game: to make a paper spinner and ball using an assembly line. Nine children would sit at a long table, working to create one item. Each child would make one fold and the last in the line would inflate the completed paper ball. In the metaphorical sense, “inflation,” competition, record-breaking were all signs of the times: it was easier to make single folds than to learn to assemble a paper doll.

From an ideological standpoint, the do-it-yourself books of the 1920s and 30s are a testament to the momentary victory of industry-themed children’s books over fairy tales. It was, however, only a partial victory, given that the young reader saw these books as little more than an amusing game.

Mikhail Karasik
Translated from the Russian by Alisa Cherkasova