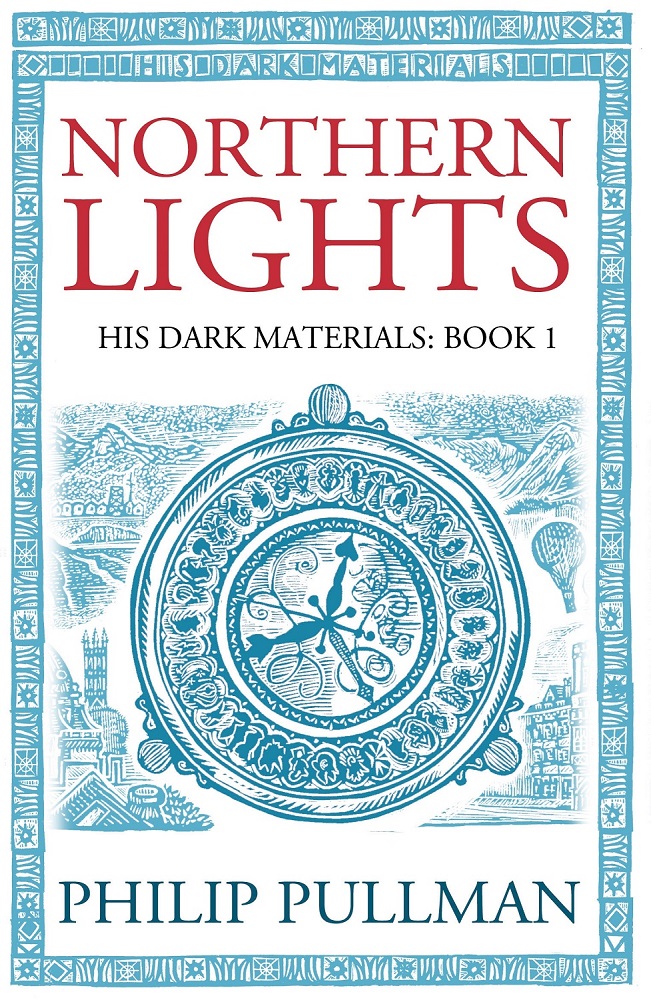 The very same book will be read differently by a child and an adult. They’ll experience completely different emotions and focus their attention on almost opposite things. I was nineteen when I first got my hands on Philip Pullman’s Northern Lights Most recent English edition: Scholastic, 2018. ISBN 9781407191188.Most recent English edition: Scholastic, 2018. ISBN 9781407191188.  (published as The Golden Compass in the United States). At the time, it had never occurred to me that someday I would find reading children’s fiction a matter of professional interest. I started reading for myself—no goal in mind, not expecting anything incredible from the book, simply to while away the time in the commuter rail on the way home. I read eagerly; that is, entirely wrong: later I would tell my students over and over that burying yourself in the text makes it difficult to remember information, that you should set aside the book once in a while and give yourself the chance to analyze what you’ve read. Either way, here I was on the commuter rail, unable to tear myself from the book, turning the pages feverishly. I was completely consumed. Nothing in the world mattered more than the fate of little Lyra.

Several years later, I met ten-year-old Nastia, who reminded me of Lyra somehow. Nastia, eleven-year-old Dasha, and I would meet once a week to discuss what we’d read and choose something new. (I work at Book Guides, a Russian organization of professional reading coaches. Parents, as well as teachers at public schools or orphanages invite us in when they want to tear children from the computers and get them to read. And we, the reading guides, try to show children that reading can be fun.) The girls read a lot and quickly, but only because we had agreed that they would, and they always did what they were assigned. They got straight As in school, because they were supposed to. Nastia studied French, while Dasha played chess and often placed in competition. But they would tell me about their activities without the slightest bit of interest.

Soon after, we were joined by Artyom. He loved computer games and didn’t speak unless he was asked a question. Artyom would read two to four pages a week and consider it a heroic feat. The three found common ground right away: the girls liked that there was a newbie in our close-knit group, especially one that didn’t say much. Maybe his silence made Artyom appear more mysterious and grown-up. We all talked, read, met our goals. But something was missing. There wasn’t any enthusiasm—that feeling when you’re turning the pages, can’t tear your eyes from a book, and are dying to know what happens next.

Our road to Northern Lights was long and cautious. For one thing, the book has a controversial reputation. Religious activists have called it godless, propaganda of an atheist worldview. For another, I wasn’t sure that my students would like it as much as I did, this book I’d fallen in love with well past childhood. In fact, I was afraid they wouldn’t like it at all. But Pullman’s characters—the little children, the armored bears, the beautiful witches, and freedom-loving Gypsies—were all brave and I took my example from them.

When he found out what the book was about, Artyom declared that he didn’t like fantasy and wouldn’t read Northern Lights. After a brief talk, he won his right to read something else. But at our every meeting he would listen more and more attentively to Nastia and Dasha, who were falling over each other to share their impressions.

“It’s such an incredible world. It seems like it’s a parallel universe or the distant future. Though it doesn’t look much like the future…”

“And everyone in this world has a daemon.”

Pullman’s “daemons” are living embodied personifications of the human soul. In the trilogy His Dark Materials, the residents of the parallel world where the heroine Lyra comes from, are all born with their own daemon. Daemon resemble animals, can speak, and reflect the inner world of a person with their look and behavior. Children’s daemons can change form, turning into one animal, then another. When a child starts to get older, though, the daemon assumes its final form.

Once, as we were all leaving, I asked, as though in passing:

“If you guys had daemons, what would they be like?”

Nastia set about choosing between a cat and a rabbit—a long and painful decision. Dasha put in her two cents and they decided together that neither a cat nor a rabbit are at all like the real Nastia. They settled on a parrot and we all looked at each other and nodded knowingly. Dasha chose a pony.

“My daemon would be a panda,” said Artyom.

“Just because. A panda is kind. And soft. And funny.”

For about a minute we said nothing, just smiled. We’d known each other for a long time, but it was like we’d actually met for real for the first time, learned something about each other that we’d never suspected. I didn’t admit then that my daemon would definitely be a dolphin. I told the kids this later, when they asked me themselves. (They used to rarely ask me their questions, and now they were doing so constantly. Questions are a sure sign of interest.)

Soon after, Artyom started reading Northern Lights and quickly caught up to the girls.

Each of the trio would take turns telling me about what they’d read each week, and I got the sense that I was hearing about three completely different books. Nastia was consumed by the plot line with the kidnapped Roger, Artyom knew all about daemons, and Dasha dreamt of seeing Lyra’s parents make up and be happy together. Since we’d identified our daemons, it had became easier to find something of our own in the book, imagine ourselves as one of the characters, or worry for a favorite character as for oneself.

Dasha worried more than anyone. As Nastia and Artyom were finishing the last pages of the novel, she asked for a small pause: she was scared to read on and find how Lyra’s frightening and dangerous adventure ended. She wanted to set aside the novel for a bit. Of course, it was completely understandable. For several weeks, we seemingly forgot about Northern Lights. We read short stories and discussed them passionately. A few weeks later, Dasha came back to the book and finished it. My three brave group members then wanted to read the sequel. Fortunately, this was, after all, a story in three tomes.

With the help of this famous English fantasy novel, my students forgot all about boredom. Not because this was a universal story which anybody would like. It was in in this novel that they first saw themselves. For the first time, a book helped them to learn something new and surprising about themselves. They realized that you can read for yourself, with your heart beating fast and a burning desire to learn what happens next, the book an honest answer to your own very personal, inner question.

And age has nothing to do with it.

In February, I heard that the long awaited sequel of His Dark Materials would be released The sequel is called The Book of Dust. The first book of this trilogy, La Belle Sauvage, was published in October 2017. . Philip Pullman had been working on it for several years. I told my reading trio the news. For the four of us, it wasn’t the typical piece of social gossip. It was a reminder that our friendship started with this book. That means fantasy can be the start of absolutely amazing things. You just have to seek and be curious.

Maria Khmara
Translated from the Russian by Alisa Cherkasova
Cover image: www.penguin.com.au
This article was originally published in 2017

Councilor at Book Guides, an organization of professional reading coaches