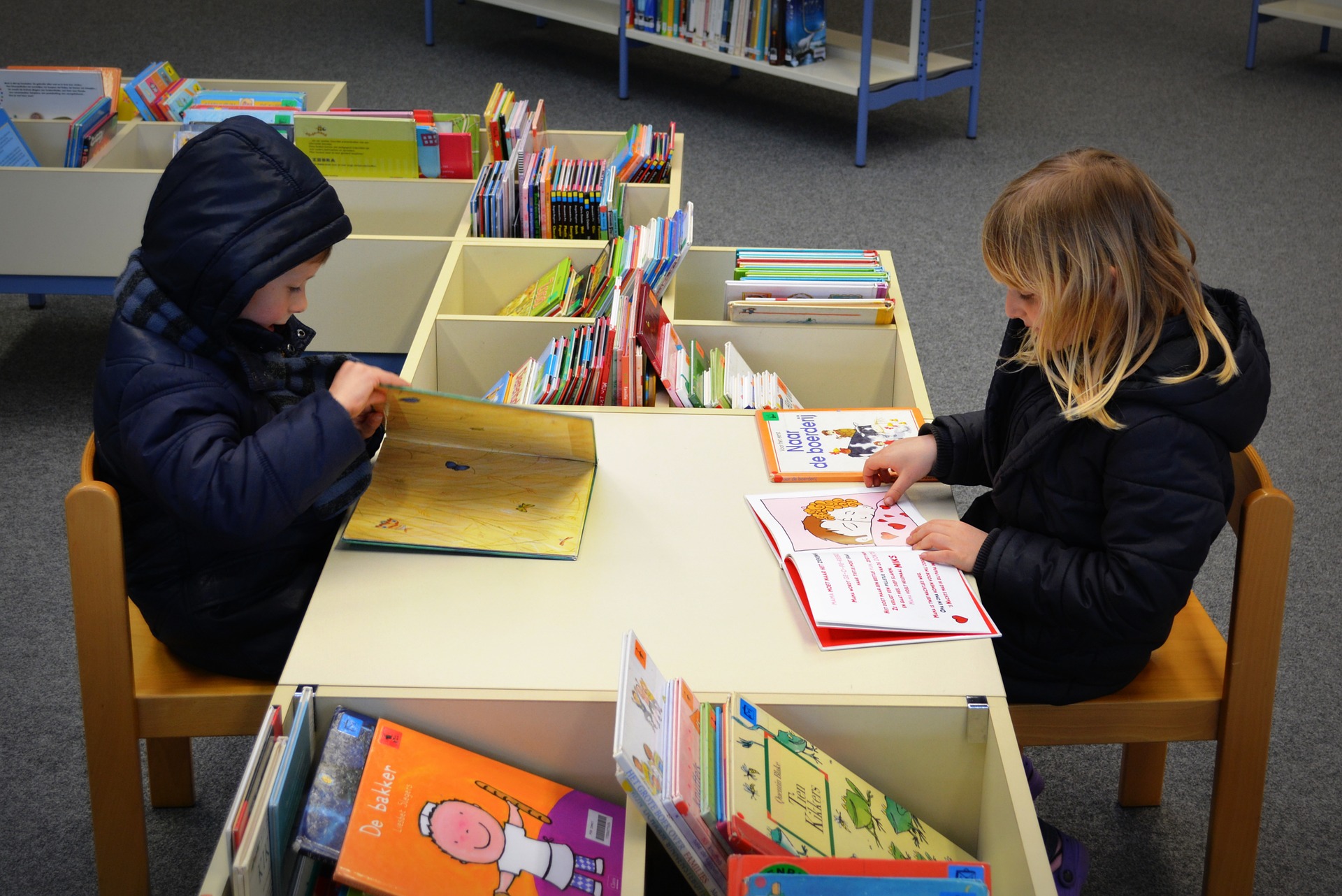 We tend to think that once a child has mastered reading syllables, short words, and sentences from her ABC book, she’s learned to read. In reality, she’s only just acquiring the basic skills necessary for reading. When a one-year-old takes his first steps, he hasn’t learned to walk. It’s when he’s no longer waddles and falls, but can run, jump, and play games that require running and jumping—that is, acquired the ability to move freely—that we finally say he’s learned to walk. With reading, it’s even more complex.

Reading is a complex skill. It develops gradually until about age fifteen and the degree of its mastery depends not just on technique, or the ability to prattle off 130 words a minute, but also understanding what you’ve read. That is, reading happens where there is understanding.

As parents we direct our time and effort toward teaching a child letters and moving through the ABC book. The ability to understand falls by the wayside. If it does matter to us, we think of it rather simplistically as the formal comprehension of the text.

From the dawn of time, we’ve passed down this idea through the generations: if you want to find out what the child has “digested”, you should ask the child questions about the text.

So we ask (using the exalted models of pedagogical literature):

Who is this story about?
What happened with the main character?
Who helped him?
How did he outsmart the bad guy?

And finally, the kicker:

What’s the main idea of this work? What does this story teach us?

Those last two are classics. To be more precise, classics in destroying the genre. We’ve absorbed the fact that “dialogue is a conversation between two or more people.” It doesn’t concern us in the least that the dialogue between a child and a parent or a child and a teacher demands an additional definition. Say, “the dialogue of two interested people.”

After all, the little chat between an investigator and a suspect is also considered a dialogue. But only one of the two parties is actually invested in this exchange.

Here, however, the parents or teachers are worse than investigators, because they are themselves entirely uninterested in the answers to their questions. Asking “what does this book teach us?” assumes that there is just one right answer and the adult alone knows it. It’s up to the child to guess that answer. Not to choose his words in accordance with what he thinks or feels, not to try to express what touched him in the telling of the story, what left him cold, what made him angry, and why that was—simply to guess what the adult wants to hear. Entries to our “Living Classics” contest were full of this sort of response. Children were given free rein to ponder and reflect, but instead they tried with all their might to please, to figure out what it was we wanted from them. They were afraid of saying something “wrong.” I had the sense that were conducting a guessing game, rather than an essay contest for teenagers.

If you like, you can of course equate such exercises with the ability to understand the text. It’s just that there is no direct connection here to the reading of fictional literature.

Of course, some children with reading challenges may not catch the logical ties between the characters and events. They say the words but are unable to grasp the meaning or form a coherent image in their minds. A child that’s laboring over the lines is visible to the naked eye. There’s a sense that he’s engaged in hard, physical labor, not reading. It’s no use proceeding on to higher topics until we find out why this is happening.

What I want to address are situations that are the “norm,” when a child takes on a text he is well-equipped to understand. As adults, we want to find out what the child experiences when he encounters the text. We want to learn his impressions, what the child is thinking and feeling.

It’s just that for some reason we choose to do so in the form of an interrogation.

There are so many books coming out these days—many more than before. Nearly every book finds its audience. Different books have different readers. Given this diversity of choice, as readers we find it much harder to come to a consensus than previously. I, for one, often find that I don’t share the preferences even of people I respect. More often than not, I encounter people I disagree with when it comes to assessing a book. But I’m willing to admit that it’s not about the book, but about me—those inner “hooks” that the reading latches on to, those inner peaks and valleys that allow me to mesh with a given work. Each reader has his own inner landscape, his own resonator. That’s why there’s no single correct answer to the question of “what the writer is trying to say” (and its myriad variations). It makes no difference whether it’s a classic or some new-fangled publication. It would be much more appropriate to ask: “What did you hear? What did this book say to you?”

Putting the question like this signifies a shift toward the reader. It’s an acknowledgment that the reader is a full-fledged participant in the process of reading. An acknowledgment that reading is communication—communication between two parties, the writer and the reader. The reader is no passive party in this dialogue. It’s only through him that the written text acquires meaning. It’s through his inner work, his inner efforts, the work of a reader, which can never be replaced with any “proper” formulas or literature textbooks.

From this perspective, the understanding of a text is the ability to speak about what’s been read. The framework, however, is not “the writer is a genius/public enemy; “he’s expressing the will of the people/a narrowly subjective point of view,” but rather “this works for me/this doesn’t,” “this moves me/doesn’t move me,” “this is deeply affecting/I could care less.” It may seem like a simplification, but it requires honesty and commitment.

The next step is the ability to explain why the text affects you so deeply. Not what the author wanted to say (the author is not always sure of that himself, and sometimes his desire to say something contradicts the result), but what I, a specific reader, was able to take from the text.

If I get a “lesson” or see a “moral” in the story, that’s my personal business. I may be able share that in an interesting way. My interpretation will reveal just as much about me as about the book and its author.

This is what I believe constitutes understanding. Such understanding needs to be instilled from the moment we first start reading to a child. Of course we’ll need to speak about what we read. The question is how.

I was sad when Mouse and Mole found the Swallow. They didn’t feel bad for her at all. If I had found the Swallow, I wouldn’t speak of her that way. Referring to H.C. Andersen's fairy tale Thumbelina.

Pinocchio really disappointed me. He lied again and his nose grew. Do you know any boys that lie? How are their noses? What if their noses could grow like a tree branch!

Such “I” statements, where we speak directly about what we feel, our emotions, enable a child to agree or disagree—that is, to find her own position. Whether the response is brief or more extensive depends on several factors. It’s likely that right after reading, a child won’t want to speak at any length about her impressions, because they should be put into words. That, paradoxically, gets in the way of feelings.

A child should let those impressions sit and ferment, carry them inside for a bit. It’s better to talk about reading after some time or the next day: “Hey, remember we read about Pettson and Findus? Remember how scary (funny, sad) it was? Do you remember who helped Findus when he got lost? What if we have some creatures at home, and we haven’t even noticed?”

A dialogue based on the motifs of what the child read or heard matters as a “socialization” of her lived experience. While reading certainly provides the sense of shared experience with the adult, putting that experience into words later is invaluable in developing a child’s thinking.

It would be wrong, however, to call this a “method:” read the text, wait just the “right” time after reading,” respond with “I” statements... When children and adults communicate with one another, when dialogue is not just a value, but a mutual joy, this happens naturally, all on its own.