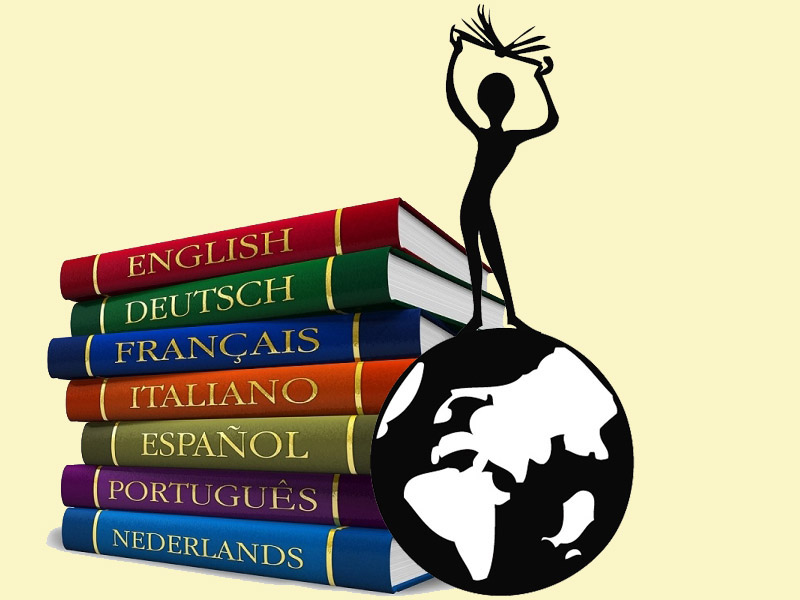 In today’s globalized world, bilingualism is increasingly common, if not the norm.

But a child’s ability to speak two languages is not just an advantage but a serious challenge for the parents who have chosen to make another country their home. The child is cast into two separate language environments: with the parents’ language spoken at home and the new country’s language outside of it.

Teenagers who find themselves in a new-language learning environment have different courses of development. But at the base of their ability to speak, which generally develops before age five, lies the parental language and the ability to think in that language. This is not to say that such a teenager cannot later turn away from the parents’ language. It is likely, however, that if communication in that language is necessary, she will be able to engage without particular issues.

With small children, things are a bit different, because their speech and ability to speak is formed within a bilingual environment. Starting out bilingual does not guarantee that by school age such children will be equally proficient in both languages.

We should understand that for children of Russian speakers who live outside of Russia, the cultural possibilities of the Russian language are far from obvious. It’s the local language that instead represents education and social opportunities. That language develops more fully and intensely, while the parents’ (Russian) language is generally afforded only the narrow niche of everyday communication within the home.

Many parents that immigrate face this issue. Their efforts to support their children’s language are often unsatisfactory, if not entirely unsuccessful. Moreover, while older (or only) children may still be amenable to parental strategies incentivizing their use of Russian, finding an approach with younger children is much harder. Within some families, a virtual war erupts over language—one which, unfortunately, usually ends in defeat for the parents.

Why? Because language is closely tied with self-identification. Underpinning a parent’s attempts to make a child to speak their “own” language by any means is not so much pragmatism (“she’ll have more opportunities!”), as a desire to preserve an important part of themselves in their own children. It is a desire to place them within the family history and cultural tradition of the parents’ own upbringing.

I think it’s important to honestly admit why you fight for your child’s Russian. There’s nothing embarrassing or unusual in admitting it: it’s easy to understand. The same dynamic plays out with parents and children in the home country, just over other issues—for example, in reading: parents really want their children to read the books they read themselves as children and teenagers. Music—have it your way, clothes—okay, let him wear what he wants. But books! Books are “our” speech, our way of understanding ourselves and the world around us. Of course we desperately want our children to at least partially share our views.

If we can understand what is happening and why, we can develop a better strategy.

As I see it, we should shift our focus from “supporting the Russian language” generally to supporting the bilingual child in particular—from improving the child’s Russian, to developing her bilingualism.

Ironically, a child often experiences the cultural aspects of a language when she has to use both languages simultaneously. This allows her to feel the cultural advantage of having more tools to perceive and explore reality. The pedagogy of supporting a bilingual child, then, focuses on producing and modeling such situations.

It’s not easy, it’s laborious, and it won’t necessarily help all children succeed. But the challenge is clear, allowing us to search for new way to solve it.

We decided to help Russian-speaking parents create an opportunity for their child to use both the parents’ language and that of their current country.

The Cultural Bridge is a contest in children’s translation which offers participating children the chance to translate a literary text from Russian into their local language. Knowing Russian becomes an advantage: a child can do what his classmates cannot, for example. The young translator translates texts into the language with which he is more familiar culturally. To translate, one must first read and understand. The child chooses what to translate, selecting from a pool of texts one that corresponds to his level and interests. In order to compare and decide, the child has to read at least a few of the texts. The activity of the contest, then, includes not just the translation itself, but reading as well. Reading in the parents’ language—isn’t that what dreams are made of?

It’s undoubtedly educational: the text may present unfamiliar words or idiomatic expressions and the child may run up against difficulties in understanding everyday realities or in choosing an exact word out of a range of synonyms… The experience constitutes a truly deep and culturally meaningful immersion into the parents’ native language.

We offer children texts by contemporary Russian writers because they reflect the language’s modern life and because the writers behind them are living people, potential interlocutors outside the task of translation.

Of course, we tried to select texts that would be both interesting to bilingual children and appropriate for their level from a syntax perspective. In fact, that took precedence: while a dictionary is important, a clear syntax is even more so.

Children who participate in the contest find themselves in the role of guides from one language “space” to another.

So far, we have established Cultural Bridge contests that include the following languages of translation: Russian-Hebrew, Russian-German, Russian-French, Russian-Italian, Russian-English, Russian-Spanish, Russian-Greek, and Russian-Japanese.

We hope that in the near future, other countries and languages will join this list. We invite parents that seek to support their bilingual child and aid in their linguistic development or potential partners for the contest to contact us.