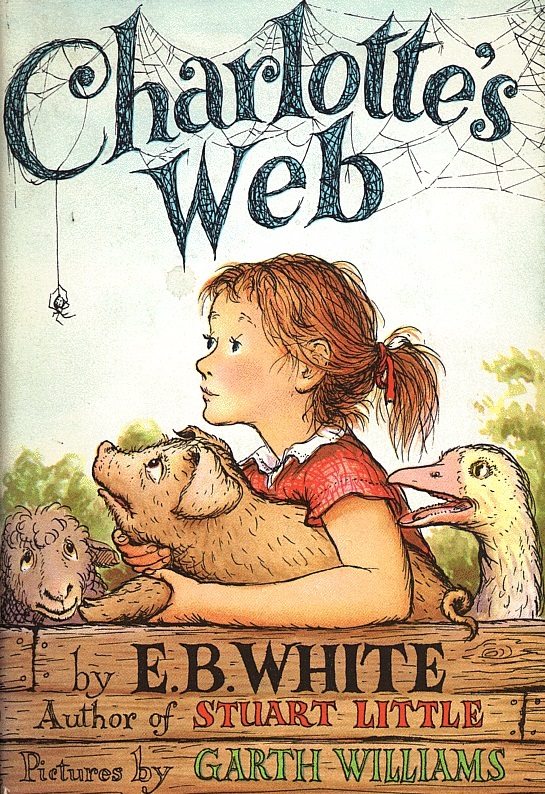 E.B. White’s books have captured the hearts of several generations of young Americans. In the United States, his works are enduring classics, still regularly republished and selling well. In Russia, by contrast, E.B. White is not very well known. His first book, Charlotte’s Web Most recent English edition: HarperCollins, 2017. ISBN 9780062658753. , written in 1952, first came out in translation in 1993. Today, we have seven books by White, including a new paperback edition of Charlotte’s Web.

Charlotte’s Web is the story of a pig, born, as pigs often are, on a farm. He is too small to be of very much interest to his owners and is almost butchered the day he is born. The farmer’s daughter, Fern, can’t bear this injustice and confronts her father: “The pig couldn’t help being born small, could it? If I had been very small at birth, would you have killed me?” To the farmer, the girl’s logic is not very sound, but he loves his daughter too much to argue with her. The little pig, named Wilbur, is given over to Fern to bring up.

A child easily understands the girl’s motives. Her sense of justice is clear, as is her desire to care for a small helpless animal, which is like a living doll that is fun to play with. Here we see a child’s virtue and a child’s egotism presented together, something neither the author nor the illustrator try to hide. These two qualities give the reader a sense of the events’ absolute plausibility, despite the fact that from a certain point in the story, all the animals start to speak like people.

When he is slightly grown, Wilbur is sent to the barn of a neighboring farm. The girl often visits him, while, in the meantime, the little pig makes new friends.

Among them is Charlotte, a spider who speaks with a thin, pleasant voice. Charlotte gives Wilbur his first serious life lessons. For example, it turns out that she’s “bloodthirsty,” drinking the blood of the insects that get caught in her web, something that horrifies the kind-hearted Wilbur. But if Charlotte were to stop catching insects, they would “multiply and get so numerous...they’d destroy the earth.” In other words, everything is much more complex than Wilbur imagined. Charlotte “saves the world” with the very same web that serves her “bloodthirsty instincts.”

This is a lesson not just for a little pig, but for a young reader: our first impressions aren’t always accurate. The more we grow, the more we discover for ourselves. And the more complex the world turns out to be.

But this hint of the world’s complexity is just the first serious step in understanding the world.

The next discovery is truly terrible: Wilbur is not meant to live past Christmas. As a little pig, the end of his life is predetermined. At Christmastime, every pig becomes a holiday meal. And so Wilbur learns that his life is finite. That he will die.

Wilber is shaken. And a child immediately “recognizes” that shock: by the time she reads the book, she has likely discovered for herself the fact of death. A strong emotional response from the reader excites a deep sympathy for the book’s hero.

The book then tells the story of how the little pig’s friends, with Charlotte in the lead, are able to stop his predestined end. That is, it’s about changing the course of fate. 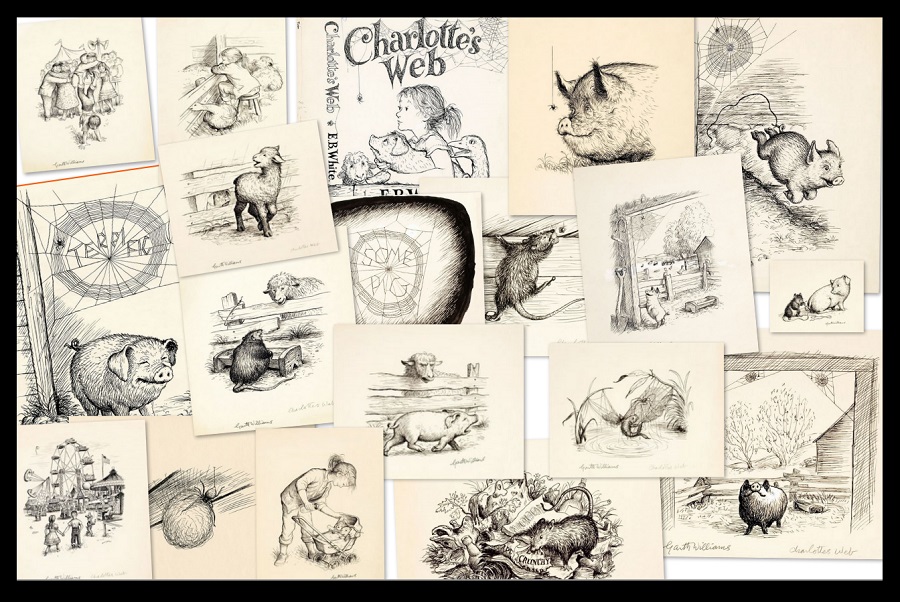 The “pig theme” appears in international children’s literature starting in the second half of the twentieth century. One of the best-known stories is about a piglet who, much like Wilbur, is given to a boy, Emil In the "Emil of Lönneberga" book series by Astrid Lindgren. , to raise, and in time learns to jumprope, count, and practically speak. Another popular story features the adventures of a little pig named Babe, who decides to become a sheepherder (to take the place of a sheepdog).

These fictional flights of imagination have firm scientific grounding: pigs are in fact very intelligent and receptive to training.

But a children’s book, naturally, puts the emphasis elsewhere. It insists on the idea that it’s possible to change a cruel, predetermined fate. Yes, little pigs are generally raised for meat. But if you don’t think of yourself as just “meat,” you stand to gain a completely different life. The way you see yourself, your worldview, your aspirations—they matter.

And yet understanding and a healthy amount of self-esteem is not enough. You have to act and someone needs to help you. Friends appear as a reward for openness and integrity, as though in answer to your ability to love. With their help, you’re able to overcome a cruel fate.

That’s the book’s idealistic view on things. It’s very relatable for a child, who depends on a circle of close people, feels intimately connected to his parents, and trusts adults.

You could say that it’s this belief—that any efforts made in the name of a good cause are not wasted—that makes this story about a little pig a fairytale. Specifically, it’s a children’s fairytale, one more confirmation to the young reader that the world around us is humane.

From ages seven to eight, children form a so-called “basic trust” in the world. With that basic trust, a person begins to see unpleasant events in his life as isolated incidents, deviations from the norm, rather than the realization of an unjust order.

If, on the other hand, a child doesn’t develop this base, if her experience teaches her not to trust those around her, she will grow up anxious, neurotic, and can start lying.

This is why young children can’t accept stories with a bad endings. It’s probably right to satisfy their need of seeing justice triumph. That, essentially, is the beginning of the story about the little pig. The farmer’s daughter, eight-year-old Fern, cries to her father, who is set to kill Wilbur: “It’s unfair!“

Still, though the pig is saved, the story White tells doesn’t simplify the world, doesn’t make it primitive. Wilbur, along with the reader, encounters death. The wise spider, Charlotte, dies. It’s one more blow for the story’s hero and yet another lesson from Charlotte: everything in this world has its end. Charlotte can’t not die: as she tells Wilbur, she’s “languishing.” But she leaves something behind—a peach-colored sac, which Wilbur is able to save. One beautiful day, little spiders hatch from the egg sac. Three of them become Wilbur’s friends, representing the triumph of nature’s eternal life cycle.

This elaborate story makes the children who read it accept the idea that death is an important part of life—and to feel a strange relief at that thought.

And all that through a story about a little pig, whose main quality is faith in the world around him.