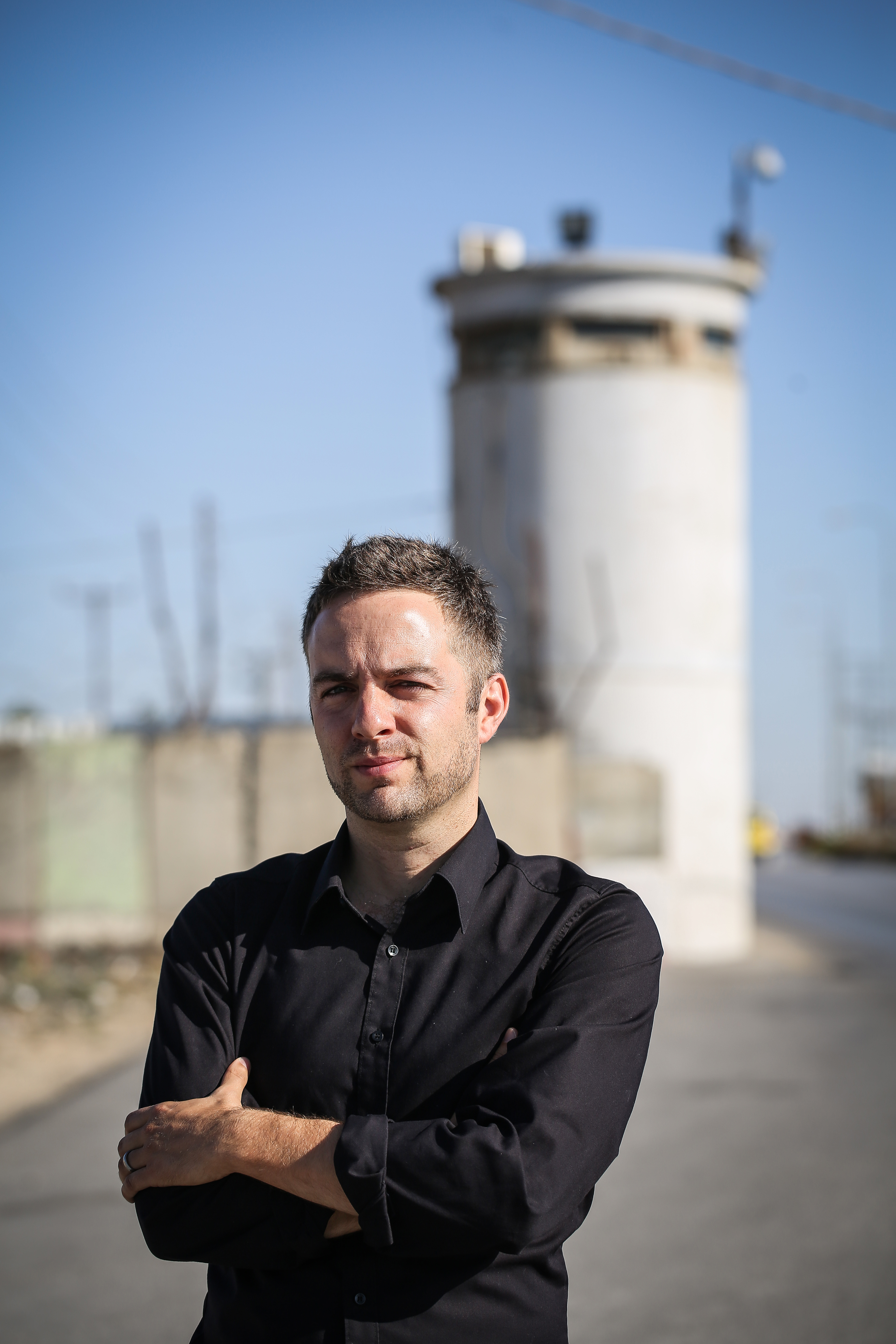 At home, Martin has three small children with whom to share his love of reading. Papmambook interviewed the author to get his takes on some important questions: What do different children read and why? Why do they respond differently to the same book? And should we regulate children’s literature? 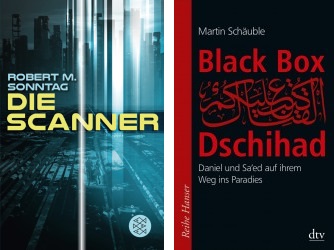 - Martin, do you remember what books were read to you as a child and how and when you learned to read?

- I remember looking through picture books with my parents—remember them telling me different stories. I can’t recall if they read to me out loud but I have a lot to say about how my sister became a reader.

It was a rather entertaining process. Once a week Mom would take us to the library. I think for her, over and above reading aloud, it was important to teach us that we could go to the library, choose any book, and bring it home. My sister always got a huge stack of 5-6 books. There were all sorts of books—historical fiction, American thrillers, you name it—but always 5-6 at least.

Meanwhile, I would always run to the corner with the comic books and pick out a slim issue of Tintin, with which I was perfectly satisfied. My road to books lay through comics. My sister tried to get me into more serious reading and was constantly slipping me something to try, giving me books as gifts, but for some reason it just didn’t click with me. I remember she gave me a book by John Grisham once and I didn’t take to it at all.

The school reading list didn’t particularly inspire any reading above and beyond the classics we were assigned.

I can’t quite pinpoint the moment when I was suddenly interested in reading, but at a certain point, it happened. I started to look into other books, started reading more, and that was when I got around to reading John Grisham, too.

- How would you explain your sudden interest?

- Did you discuss what you read with your family?

- No, I can’t recall that happening when I was a child. But much of what I didn’t have in my own childhood I try to compensate for with my own kids.

- How old are your sons?

- The two eldest are five and three. We read a lot—mostly picture books, of course, and little stories for children. They generally enjoy the same books. Usually we get together to read in the evening, sometimes during the day. The biggest difference between their childhood and mine is that we don’t have a TV—that’s important to us. Neither my wife nor I watch TV. We don’t find it interesting and this way nothing interferes with what we or the children want to do. If we want to spend time with the kids, we can easily focus on what we’re doing.

- Would you say it’s important to talk with children about what they’re reading?

- It’s incredibly important. It’s important to answer all the questions that come up as they’re reading. It makes no difference whether we are reading a story about a dinosaur or a fairy tale about a princess, there will always be questions. Why does one have enough to eat, but not the other? Why do they fight, but the others don’t? Why is one fat and the other thin? And so on. Usually, my middle son has more questions and the eldest gets mad because he already got it and wants to keep reading.

- Do you think we should specifically teach kids to analyze what they read?

- I would ask, Why? When you read, either way something registers—stays with you. Even if it doesn’t immediately impact you, it could further on, because reading has a much greater influence on our subconscious than it initially appears. Even if someone reads for pleasure or to relax, reading still has an effect. Turning the process of reading into a teaching tool, on the other hand, could put an end to a young reader’s desire to engage with a book.

- Martin, your book about jihad doesn’t issue any judgments of the situation—it simply allows us to understand what Sa’ed and Daniel were thinking and what brought them to terrorism. As I was reading a discussion of this book on social media, I was amazed by one boy’s conclusion: “The book showed that any kind, caring person can just lose it. At the end of the day, they both wanted to get to Paradise.” So each reader is free to interpret the book in their own way. Should we discuss this kind of reading material with children? And how can we provide space for independent thought at the same time, so as not to pressure the child?

- That’s a good question. I think it’s worth turning on the TV to see the sort of films that are targeted at children aged 11 or 12. What do these movies show? Children are watching films about violence, humiliation, cruelty, inequality, and injustice to others. It’s unlikely Mom or Dad is sitting right there next to them, ready to discuss what they’re seeing. So I think that, when it comes to books, we shouldn’t be afraid that a child will read the wrong thing, or misunderstand something. If there are restrictions in place, we should remember that those are always in someone’s interests. We don’t always take that into account, so it’s better that children read what they want, and if they misunderstand something and express a mistaken opinion, we can discuss, instead of imposing our own perspectives.

- Do you think there should be censorship of any kind in children’s literature?

No, absolutely not. I’m opposed to any sort of regulation. When we consider the question of censorship, we have to ask ourselves, who will be doing the censoring and in whose interests will it be enforced. What will this person consider useful and necessary, and what won’t they? Experience shows that the more a government interferes in literature—the more limitations they place, the more they interfere in the creative process of the writer—the more dull that country’s literature becomes.

- In Russia, we recently had a law passed about “protecting children from harmful information In 2012, Russia adopted amendments to its law “On Protecting Children from Information Harmful to Their Health and Development” requiring publishers to mark books with the following age ratings: 0+, 6+, 12+, 16+, 18+. A bookstore cannot legally sell a child a book if he or she is younger than the age on the rating; similarly libraries will not allow him or her to check the book out. .” Do you think that information can cause harm?

- I think, first and foremost, we should be sure the child is not afraid of books, of reading, and most of all, of information. Information is not dangerous in and of itself. That’s why we need to teach children to relate the information they consume to the real world around them.

- Do you think we could say that it was the lack of a loving environment at home—a lack of respect and communication—that somehow brought Sa’ed and Daniel to terrorism?

You know, I can’t say that a lack of attention in the family could bring that about. But I agree that Daniel’s family neglected him. Nobody was interested in what the child felt, how he saw the world around him, and how he understood and processed the information he was getting. This can have particularly dramatic effects at critical stages of growing up, not just puberty but later as well, as you ask yourself important life questions. Daniel was a young man and quite independent, but there was no one for him to confide in. I don’t think a good mother or father is always some sort of exemplary person that teaches a child according to his or her own example, or a person with an authoritative opinion. A good parent might be a little bit strange and idiosyncratic, with their unique thoughts and experiences, but they are there for their child as a person to discuss, argue, and maybe even fight with. А good parent is available for their child—to consider things with, together.

In Palestine, things are not like that at all. They tend not to discuss anything within the family. It’s a strictly patriarchal culture. The father is the head of the family and he sets the pattern of behavior. He sets the tone as a whole, actually: you absolutely cannot rebel against him. (In Daniel’s family, in Germany, it would have been possible, and I would consider that a positive factor.) However, if we were to imagine that Sa’ed’s family allowed parents and children to discuss certain issues, we can’t conclude that his life would significantly improve. His childhood happened amidst the first intifada and his teenage years during the second. War was all around: people—including his relatives—were constantly getting killed, entire families went to prison, and every day he saw violence. Even if all this were discussed in his home, it would not have changed the environment in which Sa’ed was growing up. While many parents tried to protect their families and shield their children from the violence during the first intifada, it was entirely unrealistic during the second intifada. Violence touched almost every home, and it became impossible to protect children or to keep them from the street or from expressing their resistance.

- Martin, which books do you read to your kids—what titles do you enjoy, and what do they prefer?

] about a baby dinosaur that hatches from an egg. The egg freezes and floats on an iceberg to a southern island, where it warms and hatches. It turns out, the island is inhabited by a linguistics professor and the many exotic animals he has taught to speak. Each of the animals has its own speech impediment which the poor professor struggles to fix. The book is perfect for reading aloud: the language is very melodic and each animal has its own rhythms of speech. The children love the funny animals, each of whom has its own unique traits—its own virtues and flaws. The animals also have to learn to understand each other, which isn’t easy.

- Martin, do you have any books for teenagers in mind, that you would want to recommend to your sons when they’re older?

- You know, I don’t think I will recommend anything specific when they grow up. Our own parental bookshelves are already open to them. I imagine they won’t limit themselves to our books but will find for themselves what interests them. I’m convinced that if I come to them when they’re 13 or 14 with some book and say, “Listen, you must read this,” chances are that they’ll put if off until old age, and won’t read it until they’ve retired.